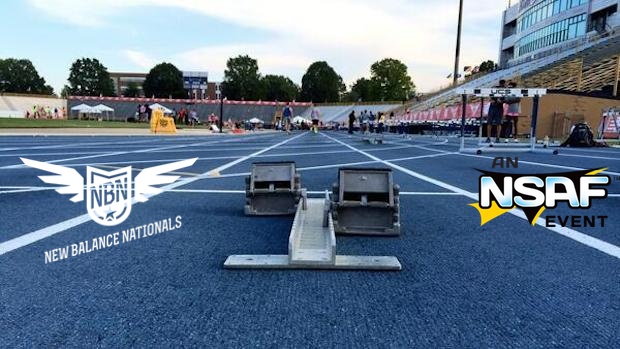 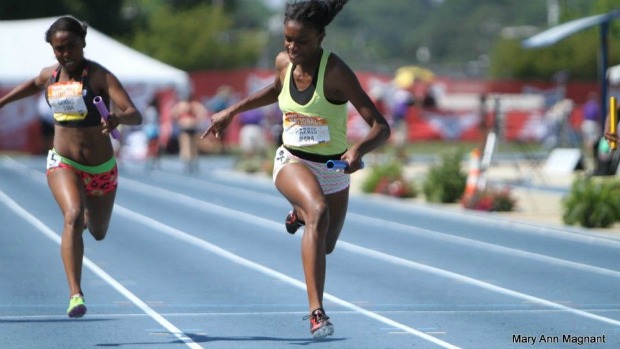 Miami Northwestern junior Lakayla Harris anchored the Lady Bulls to the 4x100 meter relay championship in a time of 46.25. Harris finished 10th in the 100 meter championship during the first two days of competition. Also, on the quartet was freshman Twanisha Terry. (third at the 3A state championships in the 100 and 200 meter dash). Terry won the freshman girls 100m dash in 11.89. The Lady Bulls also finished second in the 4x200 adding to their very successful weekend as a team and proving to the nation why they are one of the most talented team from top to bottom. 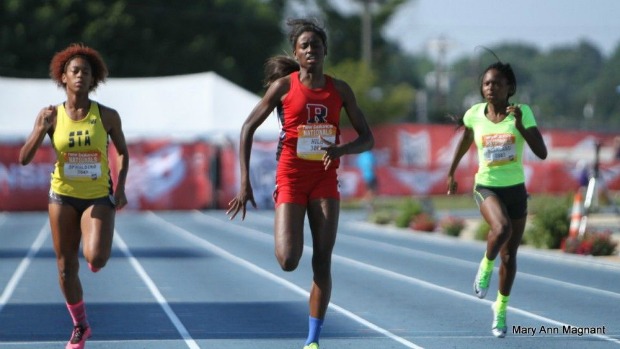 A week after winning the Great Southwest Classic in New Mexico, St. Thomas Aquinas sprinter Diamond Spaulding was second in the 200 with a very fast time of 23.36. Spaulding was fourth earlier in the weekend in the in the 100 meter dash with a new personal best mark of 11.51w. 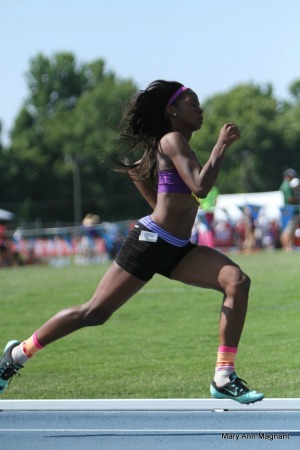 On the final day of competition, the best race for Floridians might have been the girls 400 meter championship. Three Sunshine State quarter-milers earned All-American honors lead by Sharrika Barnett of Oak Ridge. Barnett who was second at the 4A state meet behind Kendall Ellis, handed Ellis her first loss of the season with a new personal best time of 53.43. The St. Thomas Aquinas star and Southern Cal bound Ellis equaled her fourth place showing from 2013 with a mark of 53.87. University of Florida bound Destiny Washington of West Orange was sixth in 54.18.

Other Sunday highlights include: 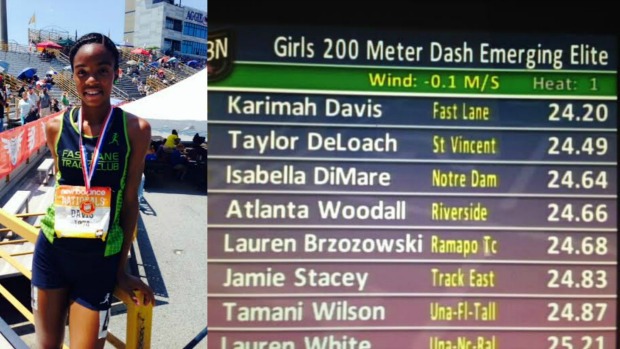 Palm Beach Central freshman and Fast Lane Track Club sprinter Karimah Davis bested a very competitive field in the Emerging Elite girls 200 meter dash with a new personal best time of 24.20, more than six tenths faster than her previous best. The win puts an exclamation point on a great freshman season that also saw Davis finish 8th in the 100 at the 3A state meet and claim a silver medal at the New Balance Indoor Championships. Tamani WIlson finished sevent in 24.87. For Davis, it was her only win of a very successful weekend. She was third in the girls freshman 100 meter dash in 12.25 and third in the girls freshman 400 meters with a time of 55.25. 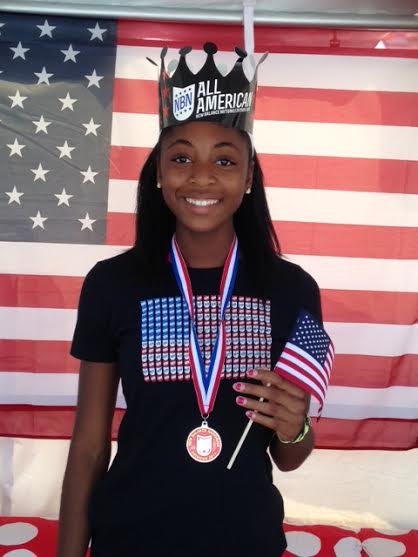 The first two days also saw standout field event performances by Florida athletes. The seven event heptathlon spanned two days and when all was said and done it was a new personal best for Jordan Fields. Fields a class of 2016 product of Creekside High School, was fourth at the Great Southwest Classic and improved on her placing and point total this weekend with a runner-up finish and 4,886 points. Brittany McGee of Admiral Farragut was seventh tallying 4,573 points.

For Lloydricia Cameron of Miami Northwestern a 4th place showing might be considered a disappointment.  A two time state champion in the discus, Cameron hasn't lost a meet all season. Her farthest throw of 152-05 was a far cry from her personal best, but their are brighter things on the horizon for Cameron as she is headed to the University of Florida in the fall to throw for the Gators.

Another Florida Gator signee Darrielle McQueen a six-time 1A state champion (four in triple jump and two in long jump), a national title was something she was hoping was in the cards. McQueen was second at New Balance Indoors and has leaped beyond forty feet several times this season, but was unable to eclipse that mark this weekend going 39-06.00 to place seventh. While McQueen missed out on All-American honors Tampa Jefferson's Deiondre Porter just snuck in there with a fifth place showing and mark of 47-11. Porter, the 3A runner-up in the long jump opted not to compete in the triple jump at state. His mark at New Balance was a personal best of eight and a half inches!

Other day one/day two highlights include: