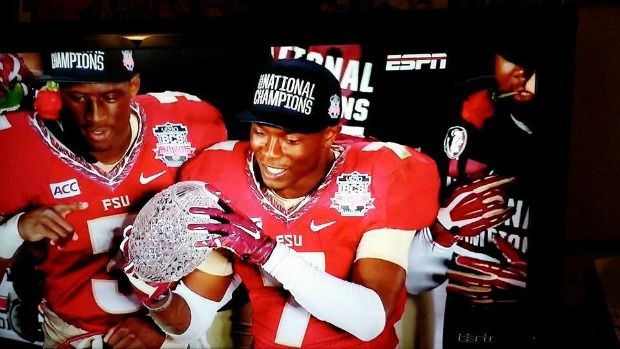 As FSU prepares for their Rose Bowl game against Oregon, we flashback to last year at this time when the Noles were in the National Championship game against Auburn. With the Seminoles trailing 24-20, one of the the best sprinters to come through Florida, Levonte "Kermit Whitfield" took the kick off 100 yards to give his team the lead and the inside track to the national title.
I remember thinking to myself, if he gets the ball in his hands he can break the big one and he did just that! A recent article, brought light to the below average season Whitfield is having in 2014, but big time athletes make big time plays when it matters the most and with a ticket to the National Championship game on the line, their is no bigger time than tonight!

Relive the moment and some of the best memories we have of Kermit from his high school track days!

Those closest give their feedback on the play:

Former FSU football player/Adidas runner/cousin Marvin Bracy: "Right before they kicked it off I said "Kerm need to run this back man." I think we both saw the same alley at the same time and he hauled butt! I ran around the house about three times! Words can't express how happy I am for that boy. He's been through a lot and for him to rise in the particular moment is even more reassurance that he's gonna be hell on the field for teams next year."

Former FSU football/track athlete/personal coach Ricky Argro: "INK (Argro's running club which stands for Imagine Not Knowing) does what it does. I called it right before it happened. I told my fiancé if they kick it to him he's gonna score I can see it in his eyes." 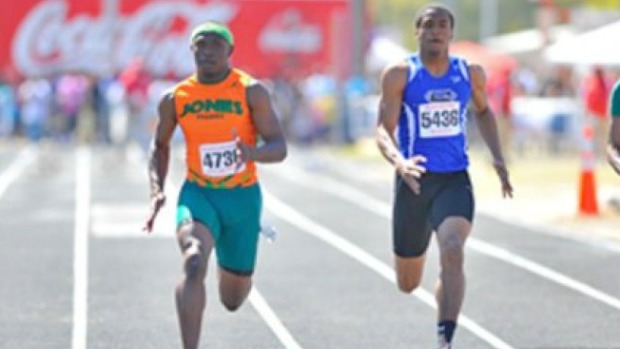 In 2013, Whitfield ran a blazing 100 meter time of 10.15 (2.4 mph wind) at the Bob Hayes Invitational (pictured above). He followed that up with a US#1 10.28 at the Florida Relays (video below). Injury slowed down his senior year and kept him from defending his state title in the 100 meters at the 2A state championship. Whitfield was nearly back to normal when he headed to New York City to defend his title belt at the Adidas Grand Prix.

One of my favorites. Former Seminole Marvin Bracy who signed with Adidas interviews his cousing Whitfield at the 2A State Championship in 2012. Whitfield went onto win the 100,200 and was a part of the runner-up 4x100 meter relay.


See what the top track and field athletes had to say about Kermit's standout play which earned him top honors on Sportcenter's Top Ten. 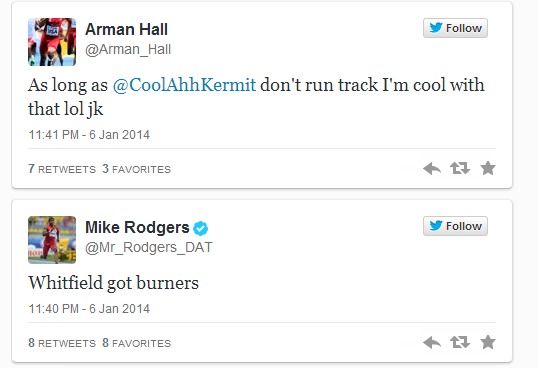 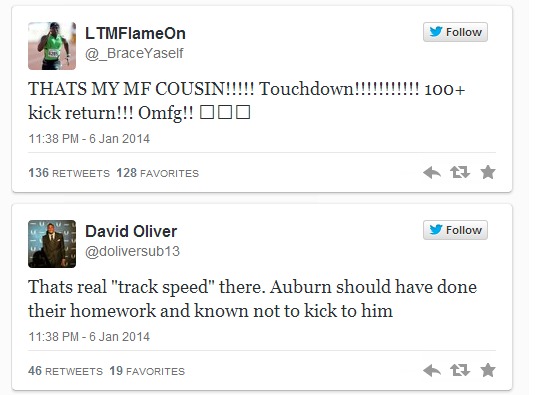 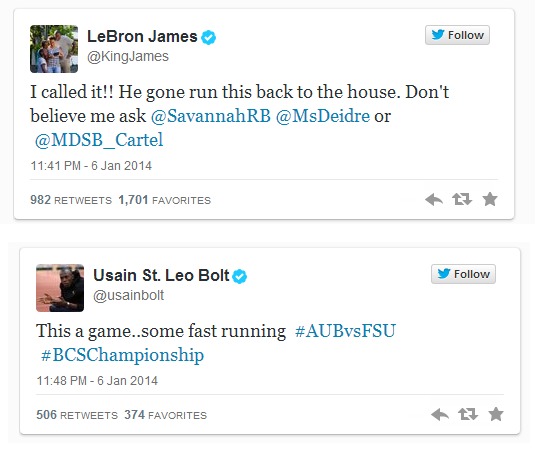