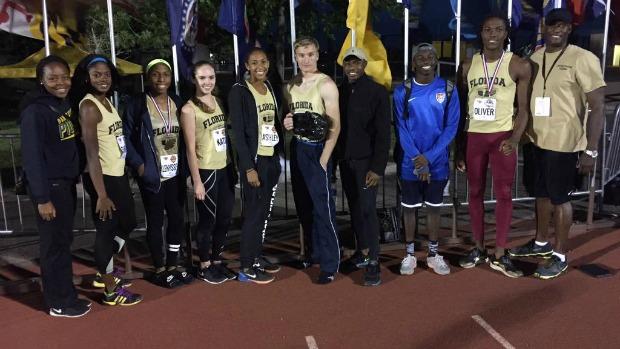 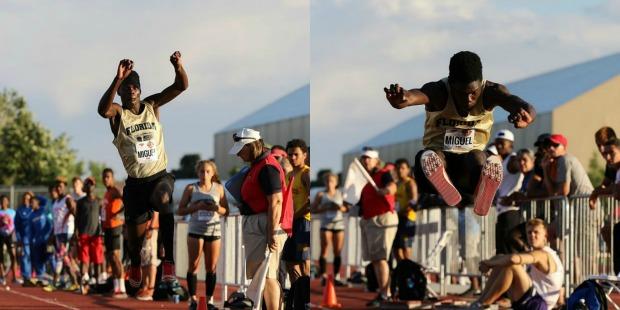 The story of the meet might have been the boys triple jump where New Balance Indoor Nationals champion and multiple Illinois state champion Ja'mari Ward was upset by Florida's Miguel Van Assen. Van Assen a junior from Suriname attending Bradenton Christian, doesn't even have a high school performance in our database. However, he has eight marks over 50 feet including a personal best 53'8.5" at the Cayman Invitational where he was first. Saturday, he cleared 50'10" the second best jump in the United States behind Ward's 51'11" two months ago. Van Assen also was a beast in the long jump going a state leading and US#3 25'0 finishing second behind Ward's 25'04"! 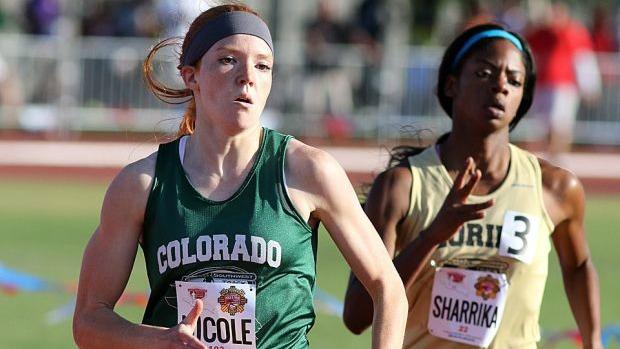 University of Florida signee Sharrika Barnett (Oak Ridge HS) held off a charge from Nicole Montgomery of Colorado to win in 53.36. Lenysse Dyer who finished runner-up to Barnett at the 4A state championship was third in 55.16. Dyer was also fifth in the 200 with a time of 24.38w.

Ashley Miller of East Ridge High School who recently announced she would be foregoing her senior season to attend the University of Texas ended her drought of finishing third the last two years. Miller was victorious in the 100m hurdles running 14.03 into a -3.1m/s wind! Miller came back later in the evening (after RT flrunners on Twitter) and finished 7th in the 300m hurdles. 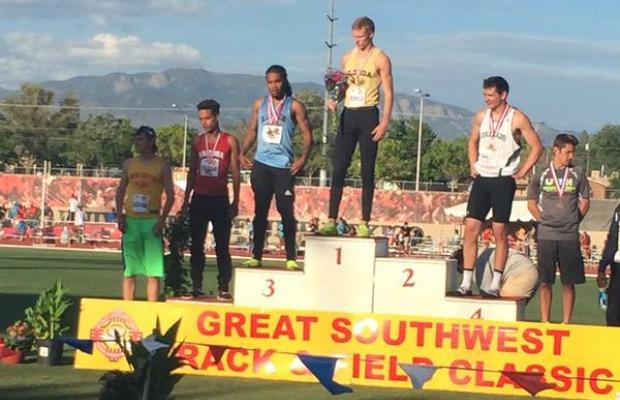 Barron Collier's Brandon Cachon is used to standing a top the podium. Cachon who can run the 200m dash, 300m hurdles, and 400m dash, took victory for Team Florida in the quarter-mile. With Ari Cogdell, the favorite not running due to a strained hamstring, the junior earned a big win for his resume and a big ten points for the Sunshine. His time of 47.01 was a new personal best. Not bad for his first trip to New Mexico! 2A state champion Oliver Alexandre (University of Nebraska signee) of Hallandale was second in 47.26 while Dr. Phillip's senior and FAMU signee Jamari Smith was 8th in 47.93. Cachon, Alexandre, Smith, and Devin Quinn combined to give Team Florida a dominating win in the last event of the night, the boys 4x400m relay with a time of 3:13.63. 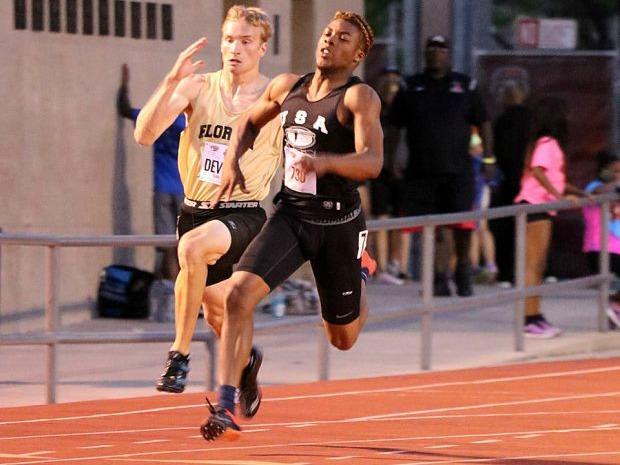 3A 100m state champion Devin Quinn kicked off his day in the 100m dash where he finished fifth in 10.35w (the second fastest time of his career) against a LOADED field with some of Jamaica's top youth sprinters. Quinn, an University of Illinois signee pictured above in the 200 was third in 20.96 (2.6m/s wind), a new personal best. Brandon Cachon was seventh in 21.38. Quinn is now headed to New York City for the Dream 100 on Saturday. 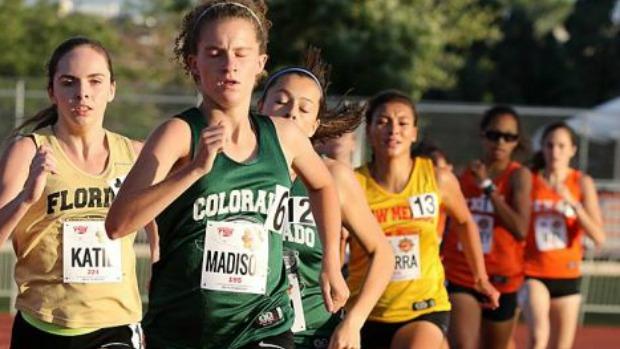