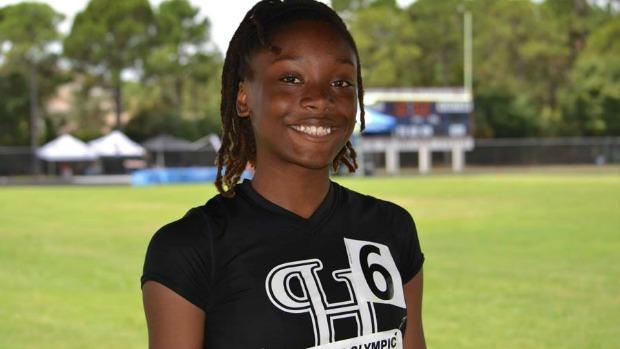 The story of day two at the USATF Region 16 JO Championship was 8th grader Daishon Spann. Spann, the FLYRA Middle School State Champion in the 100m hurdles and the 800m, set a new personal best time of 2:13.66 at Dwyer High School on Friday. The mark is the fastest by a middle school athlete in the country for the half mile this year! In the 15-16 year old 800 meters, Daesha Rogers ran the second fastest time of all age groups (behind only Spann) of 2:16.10.

Day two of competition also marked the final events in the girls and boys multi-events. Ari Dixon of the Jacksonville Athletic Club, tallied a US#11 point total of 6,308 to win the boys 17-18 year old age decathlon. The mark was more than 300 points higher than in June at New Balance Nationals. He scored 801 points, the most of any of his events by clocking an 11.27s 100m dash. See what his coach Eli Sunquist had to say after the meet.

"Ari had a very solid two days in the decathlon, he was very consistent across the board. He set six lifetime bests over the course of the 10 events, and wasn't too far off at all on his other events. He is really starting to figure out the beauty of the combined events. The ability to stay focused between events, and the ability to work really hard at all events in training. He will continue to improve throughout the summer, as we are constantly working on all of the events in training in a systematic way."

"Last year at this time he scored right at 4800 in the decathlon. He has been putting in the work, trusting in the process, and has done a good job of staying patient, and it is really starting to pay off for him. It was also nice that one of our coaches (former JAC athlete and current UNC Charlotte decathlete, Nathan Jeffers) was able to help coach Ari to breaking his club record! That is a great encouragement to our club. Former members coming back to help better the club!" 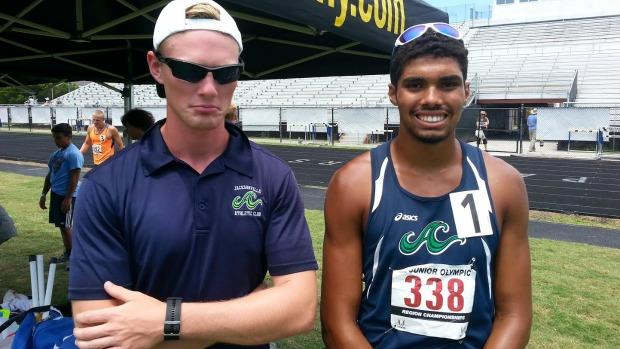 In the girl's heptathlon Gillian Morrison of Douglas and Emily Myslinski of Bishop Kenny and Jacksonville Athletic Club both tallied over 4,000 points. Morrison picked up over 700 points in the 100m hurdles (15.24) high jump (5'4.5") and 200m dash for a total of 4,553, while Myslinski also fared well in the 100m hurdles and ended her day with a runner-up finish and 4,257 points. Morrison is coming off of a 4,751 performance and fifth place showing at New Balance Nationals.