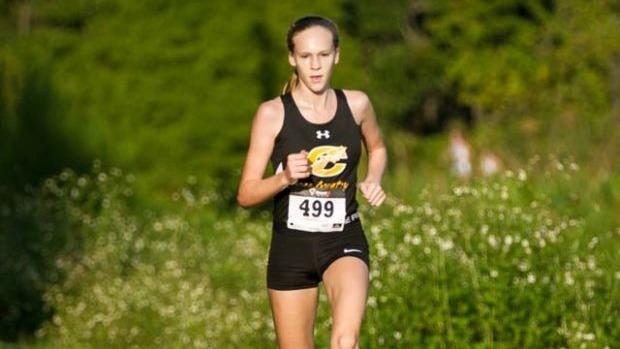 In a relatively cool afternoon race, Robinson's boys and King's girls came away with the trophy in the 3A-9 District Championship held at Brandon High School. Run on a slightly altered Don Bishop meet course, the two-loop course hosted tight competition in both the girl's and boy's races.

The battle for the girl's district title was much tighter with a three-way battle between King, Robinson and Freedom. Ultimately, it was King, who placed their top five in the top 15, who won with 36 points. Robinson, who placed three in the top 15, narrowly beat Freedom for the runner-up spot, 48-51. 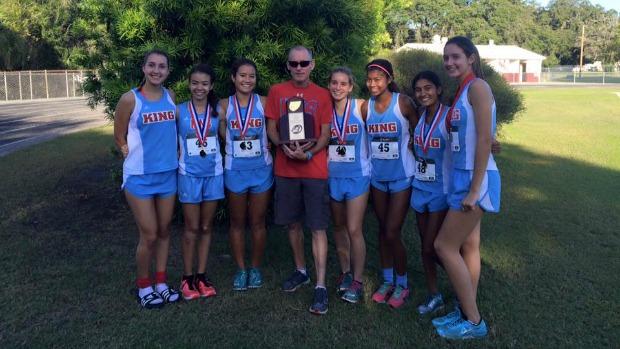 For the boys, the competition for individual district honors was much tighter, with a lead pack of four still grouped together as they entered the track for the first time around. By the final loop around the track, it was Robinson's Dannys Marrero who had distanced himself from the field, winning in 17:30.40, 14 seconds ahead of runner-up John Robbins of Jesuit (17:44.70).

Marrero led his Knights to team victory as well, as they placed their top five in the top 15, leaving Robinson with 33 points to Jesuit's 48. Freedom came in third with 67 points and Brandon fourth with 102 points to round out the regional qualifying teams.

After an early district meet, runners moving on to regionals have 11 days until returning to competition the 3A Region 3 meet, part of the 1A/3A/4A triple regional at Lakeland's Holloway Park on Friday, October 31. 3A Girls are scheduled to start at 8:50am, with 3A Boys at 9:50am.