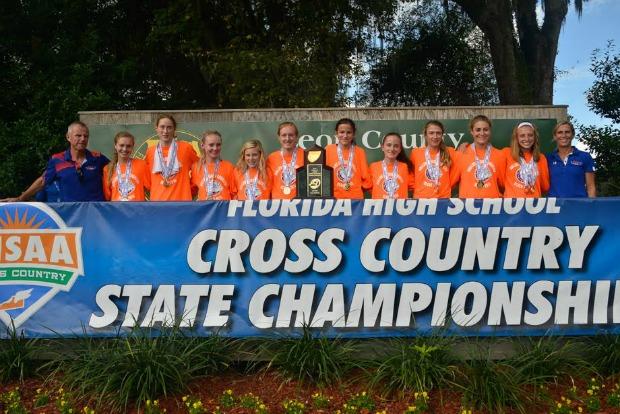 Prior to Saturday, there was only one girls cross country team with 10 state championships to their credit, the Tampa Plant Panther girls. Now there are two. The Bolles Bulldogs out-paced Pine Crest 45-80 for their 10th overall and fourth straight title.

"The pressure was on to win our fourth straight, I think the girls probably had no idea we'd won our 10th overall," Bolles coach Tony Ryan said.

The course at Apalachee Regional Park is a cross country runner's dream. It takes off over undulation grass hills before turning to the left and coming down a sand and crushed shell runway that marks 1.5 miles runners then head up, "The Wall", a formidable hill before turning left again and coming back down through the starting area. One more trip around and the course completes. 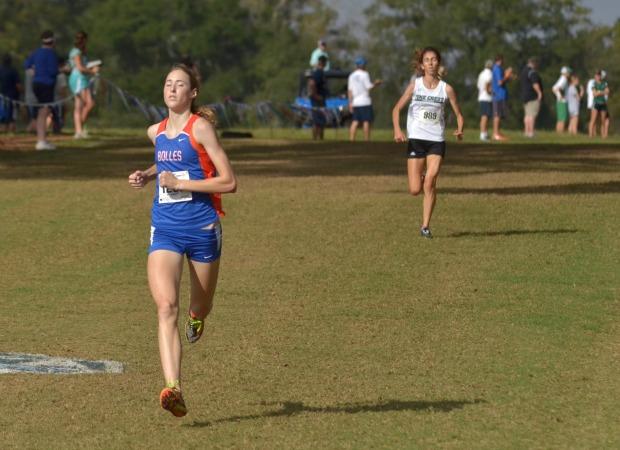 The triumphant team story was nearly marred by individual tragedy. Caitlin Collier, seventh at last year's meet as a freshman, took off with Pine Crest's Alyssa Pujals and through the first 1.5 miles, put seven seconds on the rest of the field. Over The Wall for the first trip, the tandem stretched their lead on the field even further. By the second trip down the sand and shell path, at near the 2.5-mile mark, Collier and Pujals put more than 13 seconds between them and the rest of the field. Down the grass straightaway for the final approach, it was Collier with a few steps lead, trying to extend it. Collier stretched the lead and looked to have first place locked up when she collapsed just a few meters from the finish line. Collier tried twice to get to her feet but couldn't. Meanwhile, Pujals slipped past her in 18:21.16 to win it.

"I used the same strategy I used at Pre State but it didn't work today," Pujals said. "I was shocked when I saw her (Collier) stumble. I feel like I don't really deserve it (the win)."

Collier managed to roll her body over and get her feet across the finish line to preserve second place in 18:34.37. She was headed for a much better time but the sophomore will be back, too. 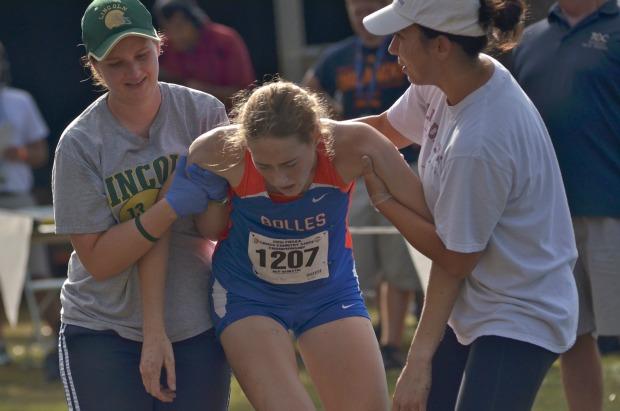 "I thought we really pushed it at the end," Pujals, a state champion tennis player, said. "It's a tough sport, I've been in tennis matches where the opponent wasn't able to continue but she (Collier) deserved to win that race."

The Bulldogs lost their number three runner, who collapsed 600 meters from the finish and did not complete the race but they still had enough to break through for the team win. Ryan called out senior Suzanne Dannheim for having a breakout day on the course. Dannheim, the team captain and George Washington University commit was 10th overall in 19:27.60. Mackenzie Wilson was 12th in 19:34.07. Freshman Maeve O'Riordan took 21st and sophomore Rachel Shapiro was 22nd.

"We really focused in on the race today and executed to the best of our ability," Ryan said. "Pine Crest is a formidable team but as a head coach we need to go back and see what we can do better."

Dannheim had high praise for her coach.

"He always knows what to say and when to say it," Dannheim said. "He's such a sincere coach and great for all of us. We get better every year."

Trinity Prep, who scored a perfect 15 at regionals, was the favorite coming into the 2A boys race and they delivered a dominant victory over Bishop Kenny 40 to 89. The Saints put their top three runners in the top ten and their top four in the top 15, making it their third straight title and their seventh overall. 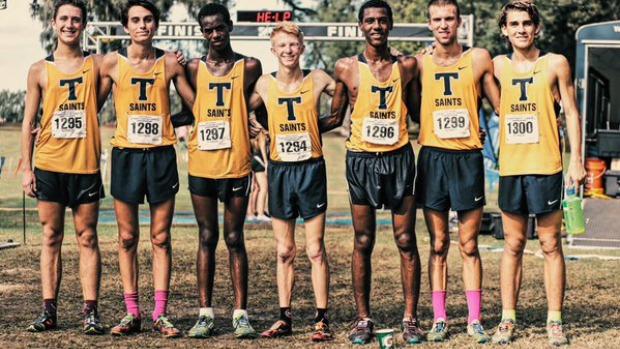 "These guys are great, they push me throughout the season, if I'm tired, they move me - it's great to run with them," Eighth-grader Kayamo Galloway said.

Galloway landed in third at 16:02.86 bolstering the team score. Trenton Mandato was eighth overall at 16:19.36. Individually, it was Chas Cook and Galloway leading a group of four runners through the first 1.5 miles. Over The Wall the first time, Cook and Galloway kept with the lead group. The second trip down the sand and shell path saw Cook make a move as the remaining three grappled for position. Through the 2.5-mile mark and just before the second trip over The Wall, Cook extended his lead even further and crossed the finish line in first at 15:53.49. Lincoln Park's Caleb Pottorff broke from the pack and took second in 16:00.12. 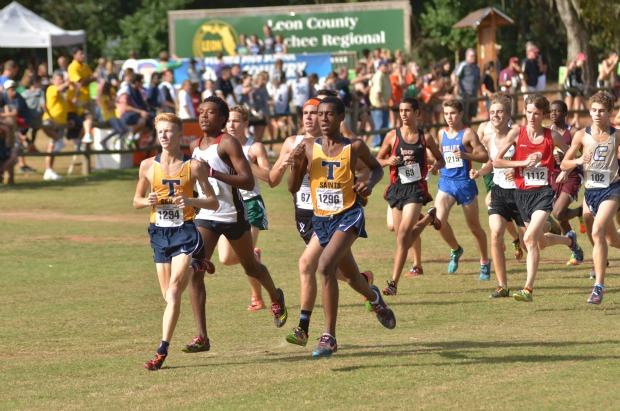 "It's hard being in position with other runners and hearing people call their names," Cook said. "That last mile I knew I was going to have to risk things and make a move."

Another gritty effort not at the top of the scoreboard was Hernando's Trevor Foley. Foley spent the early part of the week in the hospital with an swollen ventricle. Foley was on hand Saturday and made a last-minute decision to run.

Foley settled for a 79th-place finish but the sophomore's finish at all is a testament to his toughness. 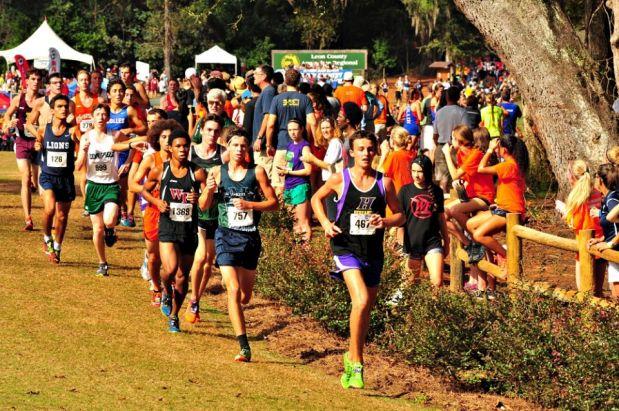 Coverage Videos in 2a videos (Add Yours)