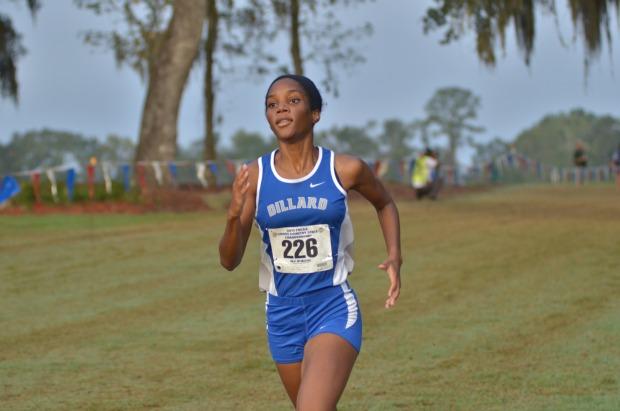 Two of the most dominant individual performances of the day went down in the Class 3A races. The very first race of the day was the girls 3A race and Dillard's Brittany Gill set down a very memorable performance.

The course at Apalachee Regional Park is a cross country runner's dream. It takes off over undulation grass hills before turning to the left and coming down a sand and crushed shell runway that marks 1.5 miles runners then head up, "The Wall", a formidable hill before turning left again and coming back down through the starting area. One more trip around and the course completes.

Out of the gates, it was Gill, Fort Myers Region 3 champ Kristlin Gear, Chamberlain's Maggie Parrish and North Fort Myers' Kayla Easterly. Down the sand and shell path near the 1.5-mile mark, it became a race between Gear and Gill. Kara Funke of Leesburg and Parrish pressed Gill and Gear but by the time runners crested The Wall the second time, they spread out with Gill up in front, Gear trailing and Funke pressing her. Down the home stretch, it was Gill with a five-second lead on Gear and Gill won it in 18:06.84. Gear looked to have second wrapped up but she had to fight off a late charge from Chiles' Emma Tucker. Gear held on for second in 18:12.65 and Tucker cut the tape in third at 18:13.02. 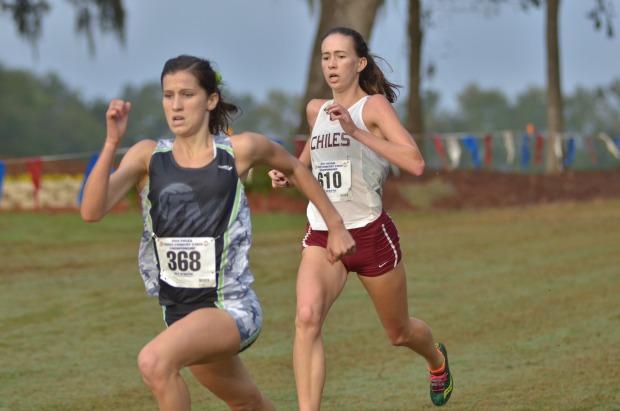 "My strategy was to take the lead after the first hill and then pull away," Gill said. "I think I had an advantage because I practice hills a lot, I have experience with them and know how to take them without taking too much energy."

Gill, in her first year of cross country, got to go in and go out on top.

"I was second at Flrunners Invite and King of the Hill and I just got better from there," Gill said.

Tucker might have had to settle for third but she helped push her team to a victory as Chiles moved up from fifth into the top slot as they out-distanced Niceville 61 to 109.

"(Emma) Tucker and (Alexandra) Wallace led all year long but behind them we're young, our three through 10 runners are ninth and 10th graders," Chiles coach Scott Gowan said. "The young kids have looked to those seniors for leadership the last two years." 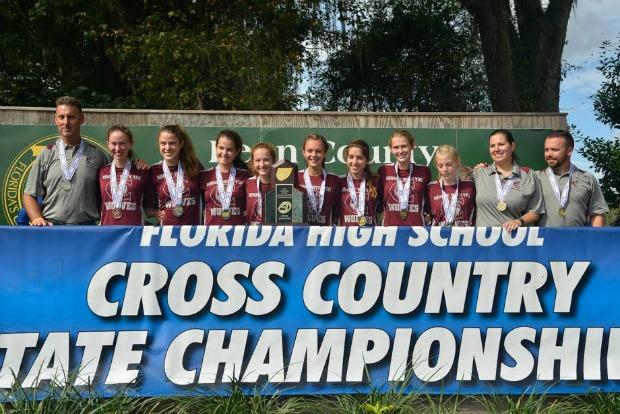 "She (Gill) started to extend her lead after the 2.5 mile mark and I couldn't go with her," Gear said. "But this is still a PR time and I want to go sub 18 (minutes) now, I hope to get it next season."

Perhaps even more dominant was the run of Merritt Island's Steven Cross in the boys 3A race. Cross got out early with Gainesville's Thomas Lowery and Belen Jesuit's Joshua Collins right in the mix with him. The trio put 10 seconds on the field at the halfway point of the race. Over The Wall the first time, Cross separated with Lowery in second. Down the grass straightaway, Cross put seven seconds on Lowery and Lowery was ten seconds ahead of everyone else. The second trip through the sand and shell saw Cross put 11 seconds on Lowery and an even bigger gap on Collins, holding on to third. Down the finish straightaway, it was all Cross and he cut the tape at 15:30.63, more than 15 seconds in front of Lowery and 25 in front of Collins. Cross' mark was also the fastest time at the meet regardless of classification. 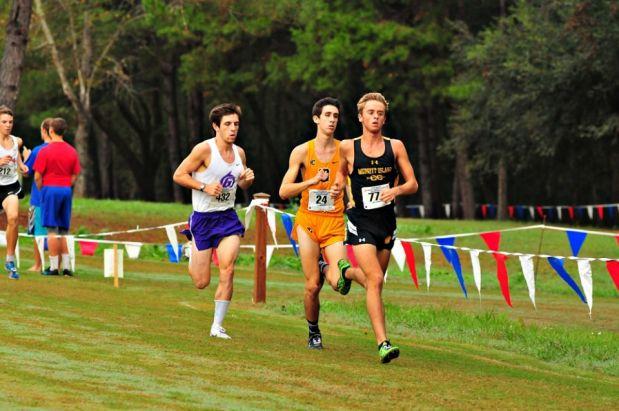 "I felt strong today, I didn't hit my marks so I backed off a little after the first 1.5 miles," Cross said. "I couldn't be more happy with my first state title, I was second last year and this was a long time coming."

"No doubt there's pressure but I just had to stay confident in my abilities and try not to think too much about it or I was gonna crack," Cross said. "My plan was just to stay relaxed, run easy and confident and go from there." 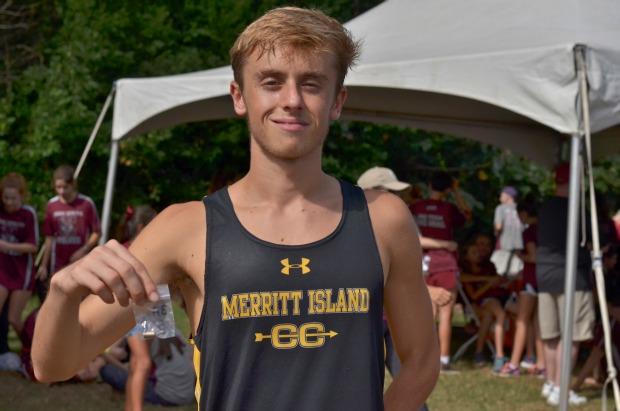 Jacksonville's Creekside stepped up from fourth in 2014 into the top spot in 2015, out-scoring defending champ Chiles 90 to 100.

"10 of these 11 kids started here three years ago and they worked so hard for so long," Creekside coach Eric Frank said. "They run with so much heart and they care about each other. This is a special group of young men."

"We've been developing a bond since Day 1, we start together, we finish together, we put in our part and play our role to the best of my ability," Urban said. 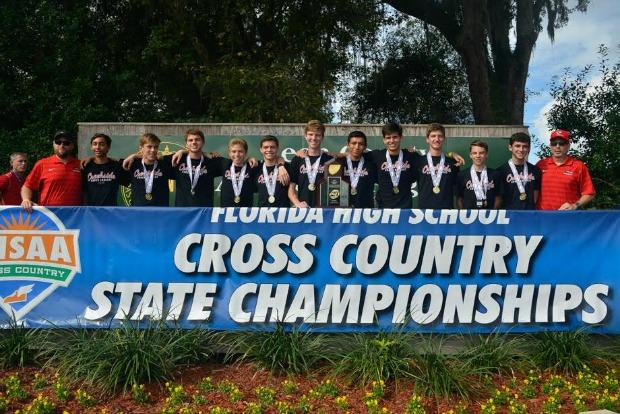 Coverage Videos in 3a videos (Add Yours)