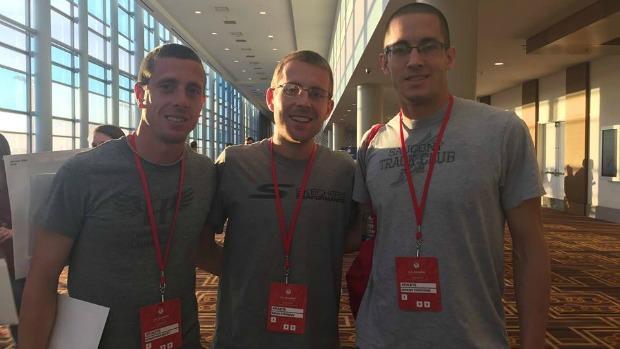 Florida sent four athletes to the US Olympic Marathon Trials in Los Angeles on Saturday. Brian Atkinson, Jeremy Criscione, Jon Mott, and Ashley Brasovan qualified for the 26.2 mile quest with the greatest American distance runners, and a trip to Rio for the 2016 Olympic Games this summer on the line.

The fastest finishing time of any Floridian came from Jon Mott. For Mott, who graduated from Northeast High School in St. Petersburg and went onto Webber International University, just making it to L.A. was a journey in itself. The opportunity to race the best was something he'd been chasing since 2012, running in numerous qualifying races around the country, but coming up short. His personal best in college was 02:30:00, but at the 2015 Houston Marathon he ran a personal best of 2:18:12 which was twelve seconds short of the standard. After a rules change that made the minimum entry 2:19:00, Mott was in. To Prepare for the Trials, he says he did a short eight week training cycle.

"I did the Cali International Marathon on Dec 6th which didn't allow me to prepare for this race. Training has been very up and down but I'm feeling ready to roll now. It's going to be a very hot race so being from Florida is an advantage for me. I'm looking forward to racing with the best marathoners in the country. It's something I've been dreaming about doing ever since I graduated from college. This has been my focus for the last 4 years. I living a dream and couldn't be more happier."

Mott's game plan coming in was to take a conservative approach; starting slow and finishing fast. He knew the top three was out of reach, but the main goal was just to be in the race. Of the 206 entrants, Mott had the 78th best time coming in, so when he crossed the line Saturday as the top Florida finisher in 47th (02:27:03), he was very pleased.

"Well, today went very well. I finished 47th overall and 1st Floridian. It may not sound that impressive but considering my pre race seed it was a great day. Beat a lot of good runners. I want to thank everyone for the support I've received. I'm very thankful. Now it's time to recover."

Atkinson, graduated from Melbourne High School in 2010 where he tallied six state championships between track and cross country, as well as a national finalist at both the Foot Locker Cross Country Championships and Nike Nationals before heading to Duke University. He is currently a medical student at USF and is balancing books while road racing. He punched his ticket to LA by running a half marathon time qualifier in Indianapolis and going 1:04.44! The former Mel-High standout was in 45th place 19 miles into the race before falling back and crossing the line in 72nd place with a time of 02:30:22. He took to social media to share his thoughts after the race. 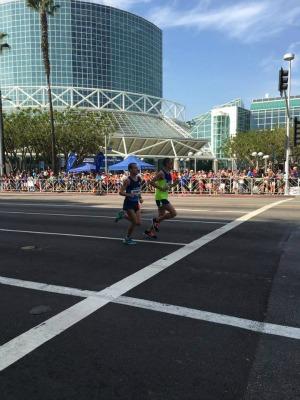 "Well, the race didn't go exactly as I imagined, but if has been a blessing and honor to receive so much support from my family and friends over the past weeks and months. The Lord has blessed me greatly and your prayers and support have reminded me of His faithfulness. Thanks!"
While Mott and Atkinson were making their Olympic Marathon Trials debut, 2005 Interlachen High School grad and University of Florida alumni Jeremy Criscione (pictured right) was coming back after a trip to the Houston Trials in 2012. That was his first full marathon of his career and he finished in 59th place with a time of 2:20:59. It was a race he called one of the toughest things he had experienced. Fast forward to 2016 and Criscione once again found himself shoulder to shoulder with the top distance runners in the country. He went through the half at 01:09:19 and crossed the line in 80th place at 02:32:56.
On the women's side, one of the best in Florida high school history, Ashley Brasovan made her marathon debut. 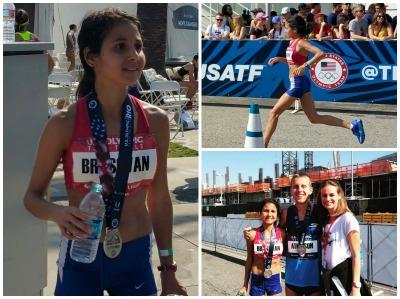 Brasovan qualified for the Olympic Marathon Trials by winning the Jacksonville Half Marathon in 1:14.30 and dipping under the 1:15.00 standard just shy of her 25th birthday.
In the land of glitz and glamour, Brasovan a Foot Locker National Champion in 2007 and runner-up in 2008, finished a very impressive 55th in 02:48:32. For, the short statured standout, who ran with Atkinson and his wife Kayla (formerly Kayla Hale) at Duke University, the race marked a come back from what was an injury plagued college career.

Congratulations to all four of our Florida runners who represented the Sunshine State in L.A.!