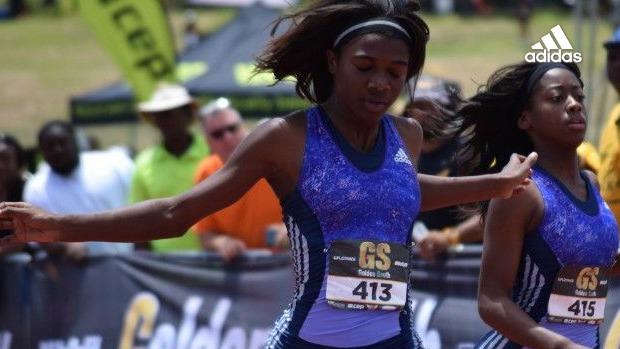 No matter how she finishes at Saturday's Dream 100 Tamari Davis has made history. The twelve year old seventh grader from Gainesville will be the 12th Floridian to run this race and the youngest ever from any state in the five years since the first Dream 100 back in 2011. Davis says being invited to a meet of this caliber is a huge honor.

"It is a great honor to be invited to a great meet like this as a 7th grader. I feel I set the standards for younger kids to believe that they can do the same thing."

Davis, who attends Abraham Lincoln Middle School, won the 2016 FLYRA Middle School State Championship in both the 100 and 200m dash and followed that up running 11.89 and 23.94 at Flo Golden South which sealed the deal for her to come to Boston. Just last weekend, the speedster, raced girls twice her age in a professional field at the Star Athletics Sprint Series in Clermont. Davis held her own with a time of 11.81s, just shy of her PR of 11.77.

Coach Gary Evans who also coaches the Adidas professionals that train in the Pure Athletics group, says Tamari's consistency is key to her success.

"She has been running 11.7-11.8 pretty much each time she touches the track now. For her age that is a great time and I feel we are on a good course to continue to get a little better each year."

The meet which will be held on an elevated straight track specially constructed between the Boston Common and Public Garden, will also have two other Floridians in the field,  4A 100/200m state champion Amuru Patterson of Haines City and  2A 100/200m state champion Katia Seymour of Palatka. Davis says that familiarity with the competition will help in her quest for the championship belt.

"Having run with the other two ladies from Florida  at Flo Golden South it makes me feel a little bit more at ease knowing I have athletes here that I competed against and are from my state."

Florida girls have won the Dream 100 in 2011 (Octavious Freeman), 2012 (Shayla Sanders), and 2014 (Kaylin Whitney). There is a 60 percent chance the belt will return to the Sunshine State in 2016, and a one in five chance it will be Davis. She says no matter the outcome fans will get their moneys worth.

"You'll see a good race from me and the rest of the girls."