The Class A races were the hotter of the eight races Saturday as they were the sixth and eighth to go in order. It was still a gorgeous day but the 1A races got the warmest conditions. In the girls race, Holy Trinity's Samantha Folio made a statement, surging out to an early lead. Folio has had a tremendous season. From running 20:06 in 2015, she came in with an 18:34.18 seed time and she looked as if she was going to dominate the whole race. 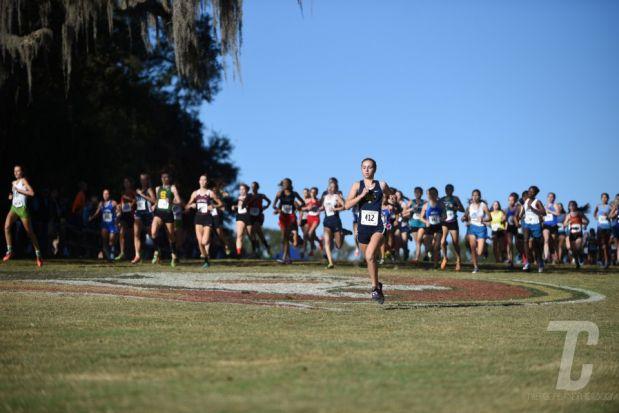 Coming around for the first mile, it was Folio way out in front of Oak Hall junior Grace Blair and Shorecrest Prep senior Olivia Rovin. Up and over The Wall the first trip, near 1.5 miles, Folio was out in front by 15 seconds. It was destined to be a battle for second between Blair and Rovin. However, coming around near two miles, Blair had closed the gap with Folio to just five seconds. 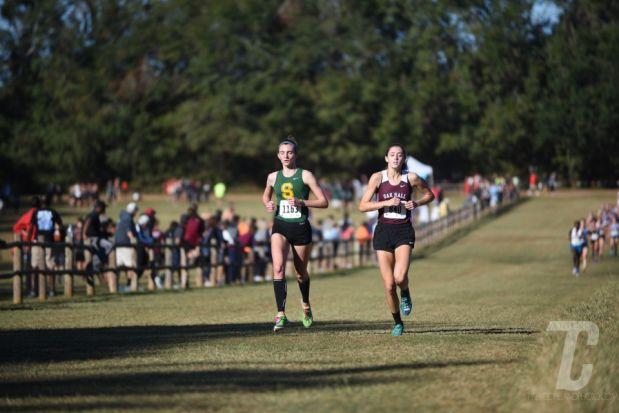 "My coach told me she (Folio) went out too fast at Pre-State too," Blair said. "She was so far ahead though, I just wanted to keep my focus on the race."

Over The Wall the second time, coming out near three miles, Blair decided to go for the win.

"The second trip up the hill, I caught her," Blair said. "I was thinking I can't let her get me on this hill and I felt like I was going to have a strong finish." 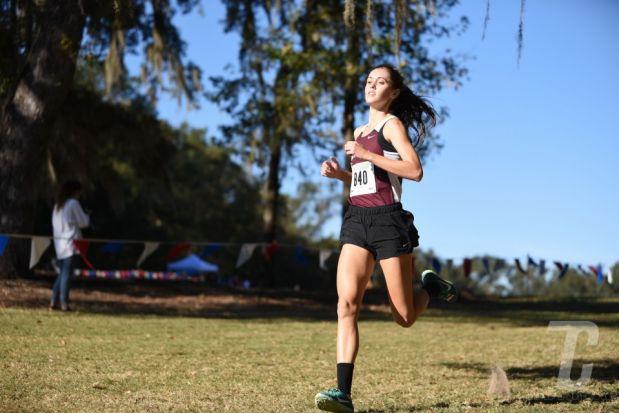 Blair must have inspired the rest of her team as they started coming in fast. Nydia Perez grabbed ninth in 19:40.16. Eighth-grader Harrison Grooms and sophomore Emma Rembert took 16th and 17th.

"I didn't know at the time but when I saw our girls crossing the line, it made me so proud," Blair said. "Everyone did great, Grooms set a big PR, Talia Carlson just came back from an injury and did well, Perez set a PR, they all did amazing - I was shocked." 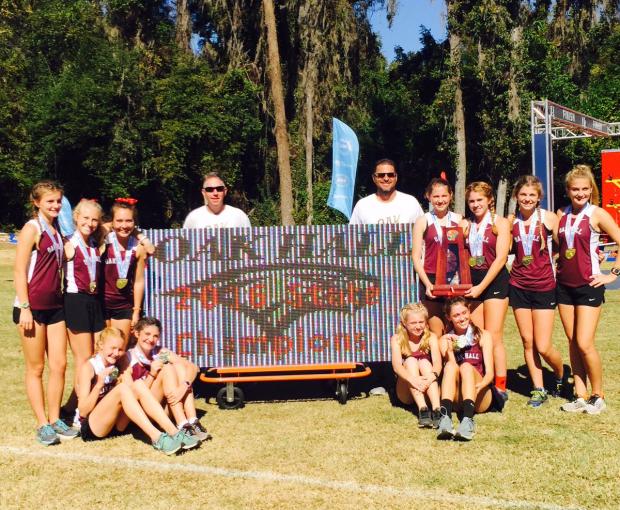 On the boys side, the very last race of the day, The Pine School's Chase Hyland pushed out in front with Mount Dora's Gabriel Curtis close by. Coming around for the first mile, it was than tandem leading the pack. Over The Wall the first time, near 1.5 miles, Hyland and Curtis put 11 seconds between themselves and Jupiter Christian's Joshua Skielnik. By the two-mile mark, Curtis put six seconds between himself and Hyland, the pair way out in front of the pack.

"The plan was to break out at the 1.5-mile mark but I couldn't shake him (Hyland)," Curtis said. "At two miles, I kept surging, pushed up that second hill and by then I knew I could close it out." 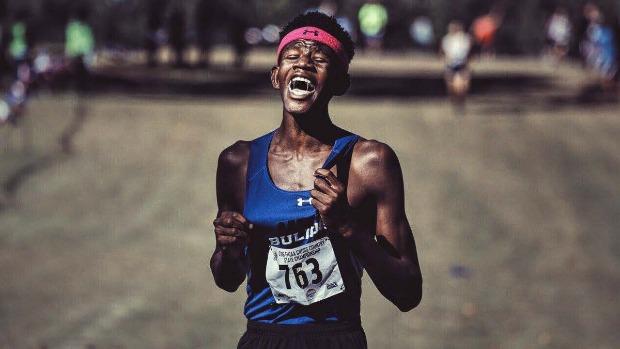 Team-wise, Westminster Academy's Patrick Sastre rolled in at 16:59.79 in ninth. Teammate Saaha Edouard took 12th but it started a roll for Westminster that defending champ Father Lopez and event favorite Maclay could not keep up with. The Westminster boys tallied 111 points to Mount Dora's 144. Mount Dora won the tiebreaker for second over the aptly-named Marathon High.

"It was hunger that pushed us over the top," Westminster boys coach Ken Key said. "The last time Westminster won a state title was in 1988, last time we won with me as a coach was 1983."

Key has high praise for Sastre and the rest of the squad.

"His (Sastre's) leadership has been incredible," Key said. "These boys started this quest May 15 of this year. Our motto has been: The prize is worth the price. They were willing to pay the price for seven months and now the prize it theirs."