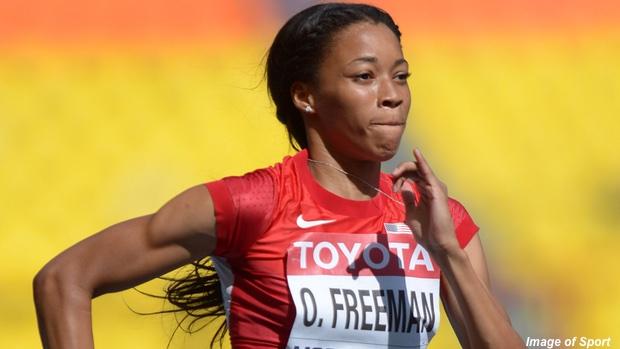 Octavious Freeman was ahead of her time.

Upon graduating from Lake Wales High School in 2011, she was the third woman in history to sweep the 100m and 200m at the Florida State Championship during all four years of high school.

She concluded her final prep season with a winning streak through the Golden South Invitational, the adidas Dream 100 and New Balance Nationals Outdoor.

Freeman went on to spend two years at Central Florida, where she earned six All-American honors, before signing a pro contract with adidas. She won a silver medal in the 4x100m relay at the 2013 IAAF World Championships in Moscow, Russia.