The nation's top uncommitted prospect Jamal Walton has made his decision. Walton, who owns the US#1 400m time in the country at 45.42s is headed to . He picked the Aggies over a who's who of of colleges including  Miami, Texas, Oregon, LSU, Florida, Arizona State, and USC.

Later that summer, Walton would make the trip to London for the World Championships where he represented the Cayman Islands. He finished third in the opening round to make the semifinals. Walton said afterwards it was a great experience.

There's not too much that can prepare you for this environment if you've never ran at this level," Walton said. "I just kept my emotions together and focused on running well."

"I felt comfortable going there and like it's the perfect school for me to be attending," he said. "Not only just athletically, but academically as well."

Add to their success in Walton's specialty, the quarter-mile, whether it be in the relay or individually with athletes like Fred Kerley, it seems like a natural fit.

"Fred Kerley is a beast and it's a blessing to be in the same position as him," he noted. Most guys look up to him because of what he has done for the program and guys like myself who are going to help get it even better." 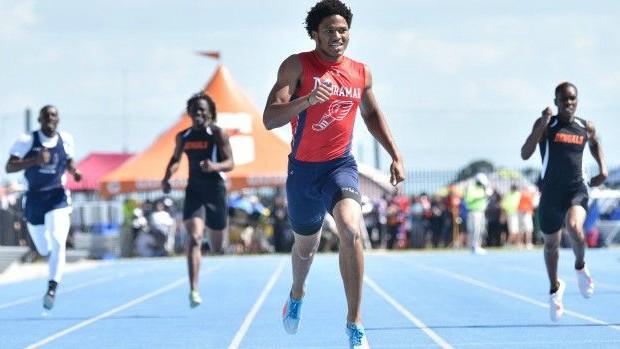 Walton's last competition was the BCAA Championships on March 23. Next up will be the state series, where he is the defending state champion in both the 200 and 400m dash.