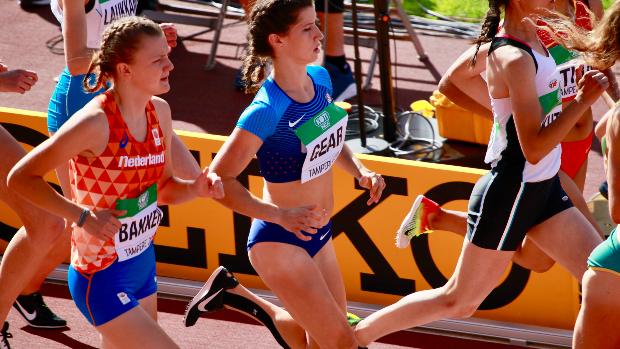 Three Florida athletes competed during the morning session on day one of the IAAF U20 Championships in Tampere, Finland and all three advanced to the next round. Former Ft. Myers HS standout and current Furman freshman Kristlin Gear was up first. The USATF Juniors runner-up in the 3,000m steeple chase was third in her heat with a time of 10:02.09, the second fastest ever behind only her 9:52.71 at the NCAA D1 East Prelims.

"I felt like my training the three weeks in between USAs and now went really well, so I was feeling pretty confident going into the race. Pair that with all the hype at being on my first world team and the fantastic medical staff here to make sure I feel nothing less than my best, and you have one very happy and springy Krissy," she told us after the race. 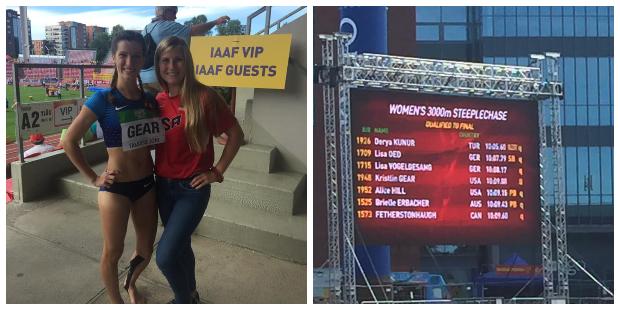 Gear who advances to the finals with that performance stated the race couldn't have gone much better than it did.

"I ran my second best time ever and felt really good both during and after the race," she added. "I'm super stoked to have made it to finals and I'm looking forward to another opportunity to PR alongside some of the best juniors in the world!" 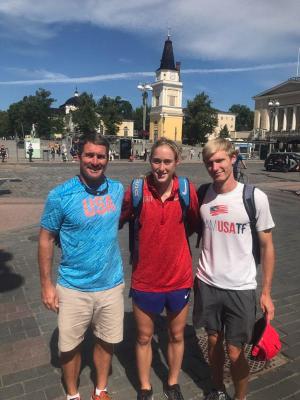 Eleven time individual state champion and Stanford signee Caitlin Collier kicked off her Team USA experience with her first of two events, the women's 800m run. Collier's 2:00.85 from the Music City Distance Festival was the second fastest U20 mark in the world this year and gave her the top seed in the meet after Australia's Keely Small opted not to compete. Coaches Dan Dearing and Matthew Morris accompanied Collier on the trip and told us the race was fine considering they took it conservative.

"Caitlin Came in as the top seed so she had a fortunate heat draw and didn't have to go too fast today," Dearing said. "Our goal was to run as easy as we could and still safely move onto the semis. The plan was to let others take the lead and just stay in contact through the first 600 before securing a spot to advance. She did a great job and nobody really wanted to take the pace." 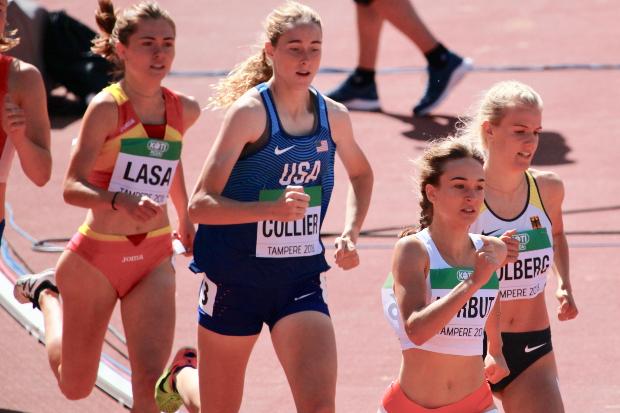 Collier won her heat in 2:11.30 with the top five girls all within five tenths of one another. She is one of a handful of athletes who will try and pull off a distance double in Finland. Collier was the USATF Junior Championship runner-up in the 1,500m as well. Pulling double duty will require the Bolles speedster to compete in five of the next six days.

"This is a long meet so not having to go hard today was nice," Dearing added. 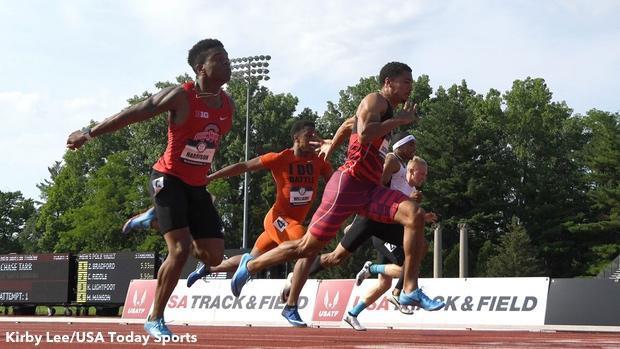 USATF Junior Champion Anthony Schwartz was one of two Americans to advance to the next round in the men's 100m dash. Schwartz who owns a personal best of 10.09s from the Great Southwest Classic, which ranks US#4 A-T was in the last event of the night. In the heats, the two-sport standout who signed with Auburn shut it down in the final meters as he finished third in his heat in 10.40. He took to social media after to give his take on the race.

His coach, Greg Barnes, did not make the trip to Finland, but was watching stateside and offered up this advice to his star pupil afterwards.

"I just told him to get into the swing of things," Barnes said. "He needs to win the semi round and build off of that."

The only Florida athlete who failed to advance on day one was former Southridge Spartan and current Miami freshman Symone Mason. Mason was fifth in her heat of the women's 400m dash with a time of 55.66.