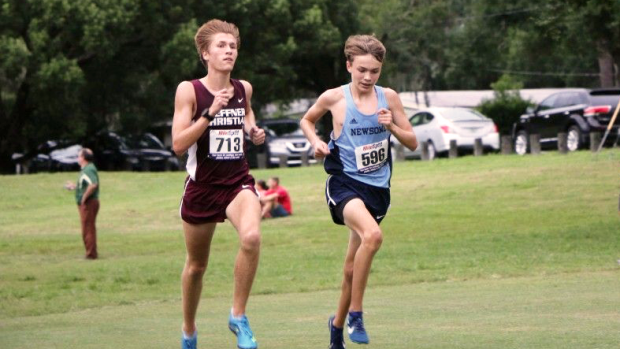 This season we want to highlight athletes weekly who have had incredible improvements, supported their team in a profound way, and have a championship mindset on and off the cross country course.

This week's FLRunners "Pick of the Week" is Newsome sophomore, Tyler Atkins.

Atkins opened his season a few weeks back at the East Hillsborough Invitational, running a then PR of 17:25.77 -- nearly 30 seconds faster on the same course year-over-year.

This past weekend, he excelled to new heights, breaking the 17 minute barrier for the first time running a new PR of 16:47.50 at the Babe Zaharias Invitational. The Wolves took the team win over Seffner Christian with a total of 48 points.

Where was Atkins last year? On the junior varsity squad improving week by week, until he was a varsity alternate for the state series.

His 16:47.50 is a one minute and 17 second improvement from his personal best from last season. After a strong summer of training, Atkins will look to compete in his first state series come October and early November.

More importantly, Atkins addition to the top five puts Newsome in a strong position this season to make a run for the podium. The Wolves are led by senior, Dominic Acosta, and have had several of their top seven improve YOY already.

Atkins and the Newsome squad are scheduled to compete at the George Whitmire Classic this weekend and the FLRunners.com Invitational at the end of the month.