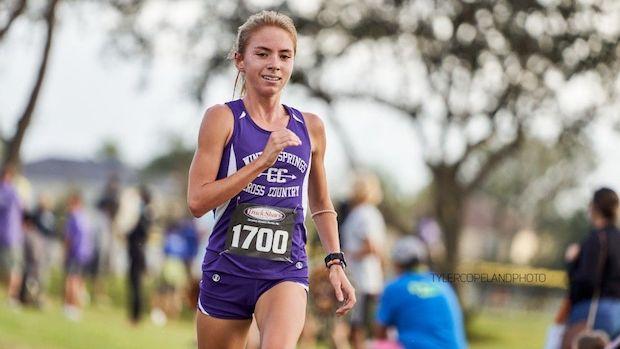 The Winter Springs senior will kick off her 2021 cross country season this Saturday at the Astronaut Invitational in Titusville.

With her abilities, few would question she has the talent to make an instant impact as a freshman for the Cardinal, either in cross country or track and field.

And now with the pressure-packed college choice out of the way, Wells now turns her attention back to her final season of high school cross country. The Florida talent hopes to qualify for Foot Locker Nationals at season's end and is zeroing in on finishing her career with another FHSAA 3A state individual title.

Wells owns a pair of state records on the track. She achieved a Florida state record in the 3,200m with her performance of 10:08.77 at the Running Lane Championships in Alabama; she also owns the 5K record after producing a time of 16:16.02 at The Outdoor Nationals in Oregon.

Wells has also helped lead her Winter Springs squad to team state titles in cross country and the 4x800 meter relay -- in heroic come from behind style -- last year as a junior. Well's MO has been a team-first, despite being an elite individual. That mentality certainly made her a prized recruit for Stanford.