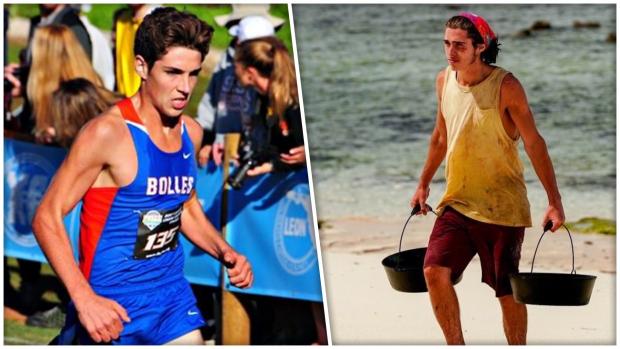 Alexander Hastings, a 21-year-old from Jacksonville, is a former standout high school cross country and track runner for the Bolles School and features on Season 41. He's one of the show's most compelling contestants on the program.

Hastings is a 2019 graduate of Bolles School and was part of the highly successful state champion cross country squad, which was led then by Charles Hicks -- who is currently Stanford's No. 1 runner.

Better yet, that same team qualified and competed at the 2018 version of Team Nationals in Portland, Oregon, finishing ninth overall.

In his Survivor cast bio on CBS, Hastings goes by a shortened version of his first name in 'Xander,' and he mentions his experience in cross country as a major role-player in his life. He specificlaly notes his time competing at Team Nationals as one of his greatest life accomplishments to date.

Hastings currently attends the University of Chicago and is already back taking classes. He's also busy being an app developer and is in the midst of getting his college education.

This season of Survivor was filmed on the Mamanuca Islands of Fji and was shot over a 25 day stretch between April 15 to May 10, 2021. While Hastings is back stateside and back to his normal daily routine, he remains tight-lipped on the season.

If anyone has watched any of the first nine episodes of this season, Xander has proven to be both a great physical competitor and more impressively a witty strategic player despite being easily the youngest contestant on the cast.

This also has made him a threat to the other competitors.

One of the current season's most suspenseful moments so far this season was when another contestant -- Liana -- tried to steal Xander's idol. That object gave him immunity from being voted out of the show during the familiar tribal council portion of the game.

Xander wisely knew this might happen and created a fake idol instead. He gave his real idol to another contestant to hold on for him.

Keep following along with Xander's journey and go back and watch the first nine episodes as well as future new episodes airing on CBS. His past teammates, coaches, and friends at Bolles are certainly rooting for him to stay alive and on the show as long as possible!