We learned late this week that one of the top returning distance runners in the state of Florida in this past spring's 4A state champion at 1600 meters with a 4:11 personal best as well as sub 9-minute credentials in the 3200-meter run and sub 15-minute performer for 5K on the track will not actually be returning to compete for his senior year at Hagerty High School in Oviedo. That's right, Brayden Seymour is on the move.

Where is he going you might ask? All the way across the country to the state of California and run for one of the most dominant and impressive distance programs historically that this country has ever seen at the high school level in Newbury Park. Newbury Park put together arguably the greatest cross country team performance ever in American high school history with their showing at the RunningLane Championships in Alabama last fall and despite losing their head coach Sean Brosnan to the college coaching ranks at UCLA, return the fire power amongst their returning runners (5 under 15 minutes for 5K not including Seymour) and the coaching staff remaining to be considered likely the #1 team in the country once again especially with the addition of Seymour to their lineup. 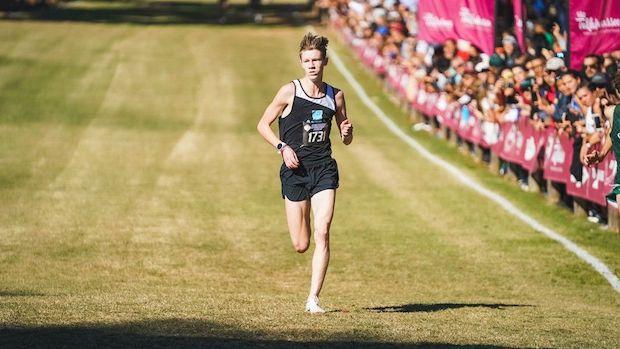 Seymour already had ties to Newbury Park and the Southern California area as he spent a good chunk of last summer training out at Big Bear Lake with members of their team. His older sister also attended college in the area and currently resides in Southern California. With his mother receiving a great job offer within her company to relocate to Los Angeles and a chance for the family to be closer to his sister as well as the opportunity to train with arguably the best cross country and distance program right now in the nation, simply was all too much collectively to pass up.

It was not like Seymour was leaving a bad situation though in Florida. His high school coach at Hagerty in Jay Getty, is well known especially for developing future Olympian Jenny Barringer Simpson at the high school level as well as the current FACA track & field chairperson and was doing great work with Seymour thru his first three years of high school as well as giving him plenty of flexibility and freedom to travel to high profile national meets beyond the borders of Florida including three trips during the indoor season last winter to race the mile in meets at the New York Armory.

It is unfortunate for Coach Getty not to have the opportunity to work with Seymour for his final year of high school running as the coach nears closer to retirement on a successful coaching career and Seymour certainly was if not definitely the most talented male distance runner that he's had to work with. 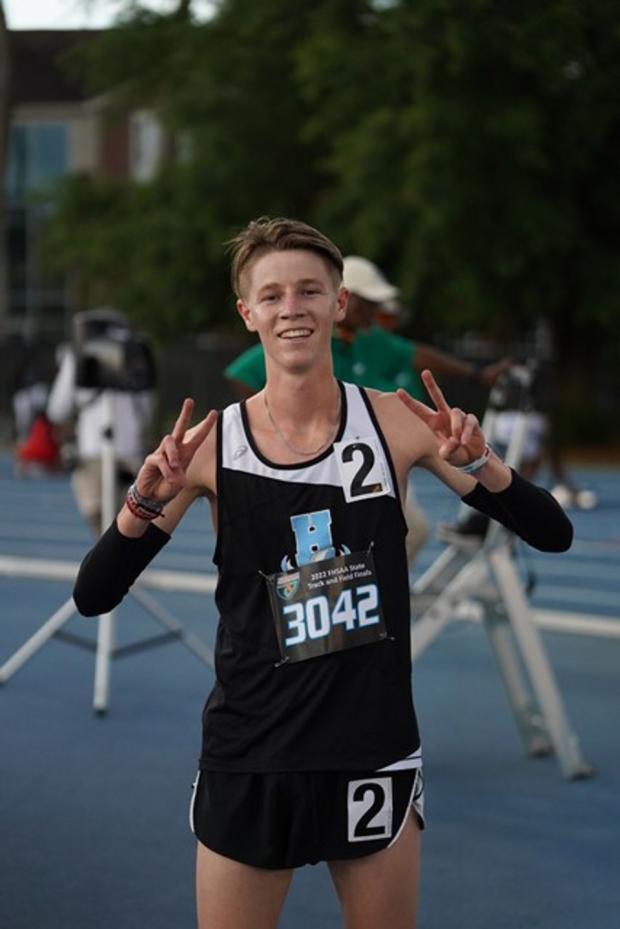 Hagerty also had great training partners for Seymour in sub 1:50 800 meter runner Miguel Pantojas as well as Jonathan Leon, a rising distance star who showed himself as part of the top tier cross country runners last fall as a sophomore consistently running sub 16 for 5K and finishing high in major invites.

The departure of Seymour has a ripple effect not only on the season ahead for Hagerty, who appeared to be a potential state meet podium team in 4A if they could find an adequate fourth and fifth runner to accompany their original star trio of Seymour, Leon, and Pantojas returning but also opens the door for other individuals and runners in the state. Seymour was preseason ranked as the #2 runner overall in the state of Florida and was considered as the preseason favorite to win the 4A state cross country title.

The 4A boys individual title now appears to be wide open without a clear solid favorite as the likes of Sunlake's Alex Pena, Buchholz's Emerson Miller, Viera's Cameron Raney, Plant's Albert Tawil-Brown, Sarasota's Alec Miller, and Seymour's now former Hagerty teammate Jonathan Leon come to mind among others as an even larger list of names who have even more legitimate state title aspirations now to go after.

After Rheinhardt Harrison broke 4 minutes in the mile this past May, Brayden Seymour was also being looked upon to be the state's next great miler and push well into the 4:00's this year after being stuck running times just over 4:10 consistently throughout his junior year whether at the mile or 1600 meter distance.

With Seymour moving on, 2A state champion Aidan Ryan of Bolles with a 4:10 PR as well as 4:13 milers Alec Miller of Sarasota and Caden Montini of Oak Hall look to be Florida's best returning milers to chase after times into the 4:00's this spring.

Seymour also verbally committed super early to Furman University in South Carolina this summer, so it might only one year that he spends on the West Coast before returning to the East Coast if he locks into that decision later this year when high school athletes can sign their national letters of intent with their future colleges.

We wish Brayden well in his next chapter of running in California with Newbury Park and will sure miss watching him compete locally here in Florida.