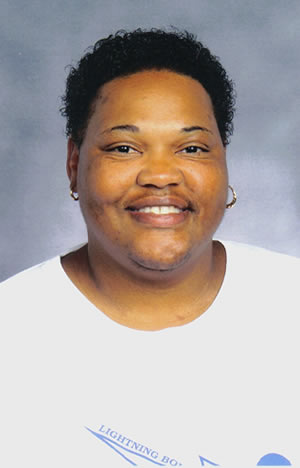 “I am a living testimony to how great God is.” That was Coach Garlynn Boyd’s response when we decided to share her story.  In this holiday season, a time spent with family and friends, a time of giving, it is the gift of life that Boyd is most grateful for.
Coach Boyd fell in love with the sport as a state champion at Dixie Hollis High School in St. Petersburg.  In 1985, she decided to give back, starting out in the community center, and in 1991 starting her own club.
“I started with 20 kids and each year the team grew and grew and now we’re at the point where we’re the Lightning Bolt Youth Academy and we offer teams from three to 18. We also have a college program as well called College Bound Athlete or the CBA Program. It’s another component in the organization to make the transition from middle school to high school to college as easy as possible.”
A veteran on the club scene, Boyd has been involved with the sport for nearly two decades. Over that time she has coached numerous state and national champions and says “I’ve seen the sport grow from something to do on Saturdays to what it is now.” It’s an experience Boyd is blessed to be a part of.
“We’ve had so many Olympians go on and come back. Florida is one of those states that have produced great track and field athletes. I’ve seen and done things that I’d probably never get to do if it wasn’t for the athletes I got to coach.”
Boyd is all business on the track, but also shows hints of her sweet, caring, motherly side. She blends those characteristics with her passion for the quarter mile to come up with her coaching philosophy.
“I’m very tough and very stern but I’m also very nurturing and loving, very protective of my kids. I love my kids. I’ve always had this philosophy that if anyone can run a great 400, they can run anything great up or down on the track. Our club really focuses on the 400 meters. It separates the men from the boys.”
That toughness and passion for the sport also transcends to her personal life.  In February, Coach Boyd fell seriously ill and was rushed to the hospital. Doctors weren’t sure if she’d make it.
“I was in the hospital for 54 days, in a nursing home over a month. I got home the day before Mother’s Day. They wanted to amputate my leg from all the health complications that came from being diabetic, not taking care of myself, and being selfish.  It was a wakeup call that was much needed for me.”
Almost seven months after coming home, Coach Boyd still isn’t 100 percent.
“I’m on my way back. I’m about 50-60 percent. I’ve been rehabbing and doing what I can to get back to coaching.  I went from a walker and I’m in a wheelchair a little bit, and now I’m on a one armed crutch. Now, I want to get back to walking without any walkers or canes. I know it’s going to be a process one day at a time and I have to learn to be patient.”
At 45, she knows the patience will pay off.  She is more conscious of her health now and in addition to rehab and various doctor appointments, Coach Boyd has also changed her eating habits and workout regiments.
“It’s been slow but Rome wasn’t built in a day. I’m 45 years old and it’s taken 45 years to screw it up, it’s not going to take 45 minutes to heal it up. I put myself in this predicament and it’s a journey I’m going to have to do alone, take it one day at a time and progressively get better and better.”
Boyd hopes to be back to full strength by March for the start of the club season.  She says at the beginning of the year she was just trying to get her head together but now it’s time to focus on a busy 2011 for track.
“I have four or five meets planned for the year. Hopefully, I can host an AAU district qualifier as well. I have a lot of things lined up to get back in the swing of things for 2011. The club was put on the backburner last year but it’s not over till God says it is over. We’re back strong and we’re looking forward to a great 2011. This club and this organization is a 24 hour thing for me. If it wasn’t for the club and organization my life would be one dull thing. I couldn’t even fathom my life without it.”
It is a life she is grateful to have.
“It’s the little things in life you take for granted but if you aren’t here or you’re in a hospital you see how important and how valuable they are, and I found that out. I want people to understand to please cherish the little things that you have and that your health is golden. I am still here having some health challenges but I’m here.”
Tweets by flrunners