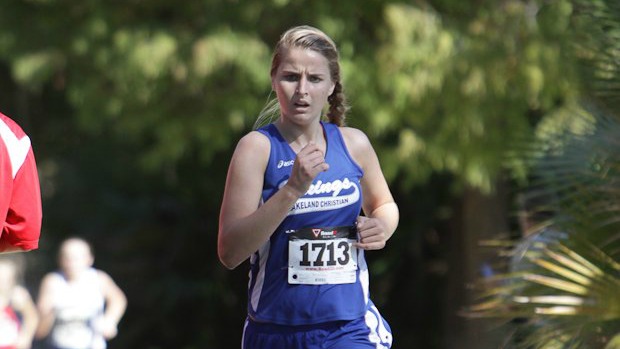 Lakeland Christian senior Mallory White is a two-sport star. She finished 29th at the 1A Cross Country Championships in 2012 and has earned 10 medals in track and field leading up to her senior year.  In between the two sports, White goes into soccer mode. She has been a starter on the Viking's team since the sixth grade. However surgery to repair the meniscus in her right knee sidelined her since the end of the 2011 cross country season. She has ran and played through the injury since then.
White though is back and with a renewed sense of confidence. Playing in only her second game since late December, she tallied three goals for LCS as they beat The First Academy 5-0 in a regional semifinal and improved to 25-1 on the year. The team is two wins away from a birth in the 1A State Championship. A true competitor, it is great to see Mallory having success in both sports.