Adam Magoulas has been one of Florida's very best for years. Whether it was him running phenomenal times and winning the FLYRA state title as a middle schooler to being a FHSAA 3A state runner-up in cross country as a freshman to running PR's of 4:15 in the mile, 1:54 in the 800, and 9:13 in the 3200 as a junior last spring, Magoulas simply been consistently great.

He now enters his senior year as the clear front runner and leader for one of Florida's legendary cross country programs in Belen Jesuit as they appear to be in the driver seat once again for another 3A state title. Magoulas is looking to do the same as last year's Belen Jesuit seniors and be part of a state champion squad all four years of high school as well. 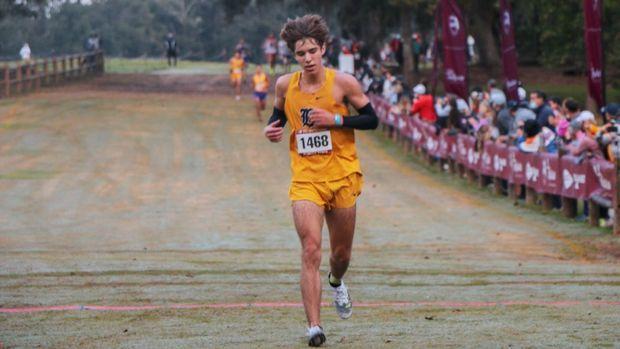 Due to the great competition in 3A including from own teammates like Javi Vento last year or misfortune with either injuries or an off day in racing, Magoulas has gone empty-handed up until this point. Last year's cross country was a perfect example as he ran one of his best cross country races ever at the FSU Pre-State Invite with a runner-up PR effort of 15:26.

Racing on the same course about a month later managing an injury that he suffered after Pre-State and cross-training for weeks through it, Magoulas gutted up an 8th place effort of 15:57 in the FHSAA 3A state race on the same course at the Appalachee Regional Park in Tallahassee. 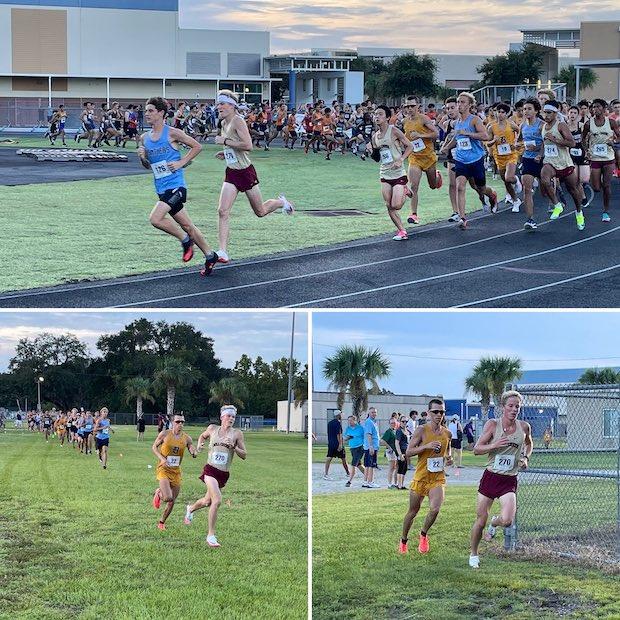 He opened his 2021 cross country season on the right foot at the Kowboy Invitational hosted by Osceola High School in Kissimmee this past Saturday winning with a swift opening time of 15:38. Magoulas got some out-of-state competition from Ethan Nordman (2nd, 15:45) of Mill Creek High School in Georgia before being able to shake him for a seven-second margin of victory. Nordman has PR's of 4:22 in the 1600, 9:33 in the 3200, and 15:22 in the 5K as a worthy challenger to Magoulas.

Magoulas also lead the FL #3 ranked Belen Jesuit boys to the team title at the Kowboy Invitational as they tallied a dual meet-like low team score of 25 points ahead of Mill Creek in second with 34 points among the 14 team field. Belen Jesuit averaged 16:27 for their top 5 runners on the course as well.

The original reason for making the trip up from South Florida to the Orlando metro area for this meet was to face off against one of their top challengers in 3A in Sunlake, but they opted last minute to race instead closer to home at the Jim Ryun FCA Invite in Lakeland. Nonetheless, Mill Creek proved to give Belen Jesuit all they could handle in an early-season test as the Jesuit boys were coming off getting some quality training in August at a summer camp in the mountains of North Carolina.

The next big race and meet for the Adam Magoulas led Belen Jesuit boys will be at the Florida Horse Park Invitational on Saturday, September 4th, which should see them race against several of the state's top-ranked teams and runners.