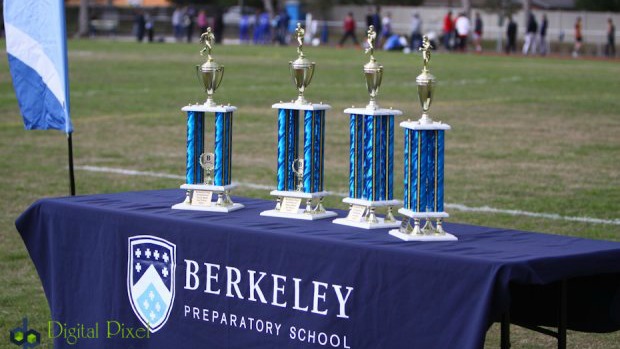 Over two dozen teams from Polk, Hillsborough, and Pinellas County headed to Tampa for the Berkeley Track and Field Invitational. Jeff Adams was on-site with over 1600 photos to capture all the action! 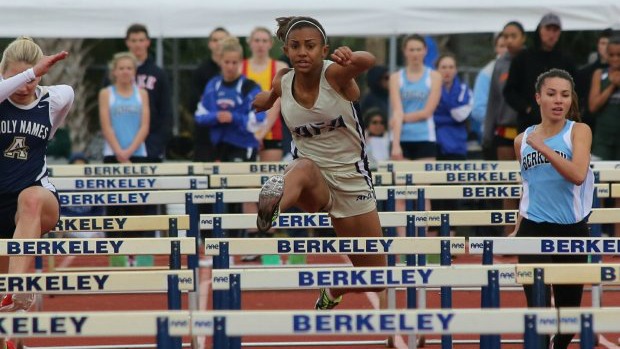 Brittany McGee might only be a sophomore, but it seems like every meet she enters she makes her mark on multiple events. The Admiral Farragut standout started out the day with a win in the long jump and followed that up by partaking in the triple jump where she finished second. Then she won her specialty the hurdles with a time of 15.53. Usually, she does the high jump and 300 hurdles, but instead competed in the quarter. McGee not one to back down from a challenge finished fifth. 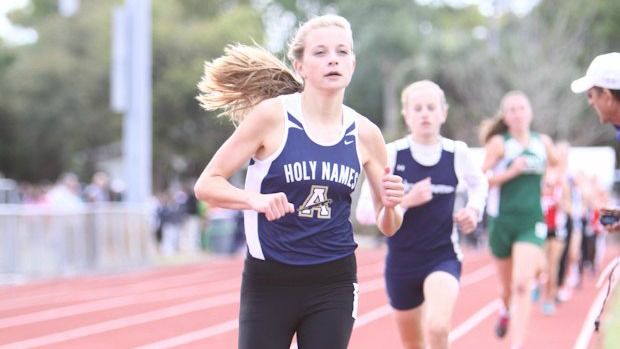 Claire Snyder of the Academy of Holy Names kept the momentum of a solid cross country season. She won the 800 in 2:26.62, 1600 in 5:19.88, and 3200 in 11:50.81. Though small in stature, Snyder will be one to watch come time for the state meet in late April. Other notable performances include Addi Harden of host Berkeley Prep who won the discus and finished second in the shot put. Snyder's thirty points helped Academy of Holy Names capture the team title easily with 151 points. Clearwater Calvary Christian was second (74 points) with host Berekeley Prep rounding out the top three with 61 points. 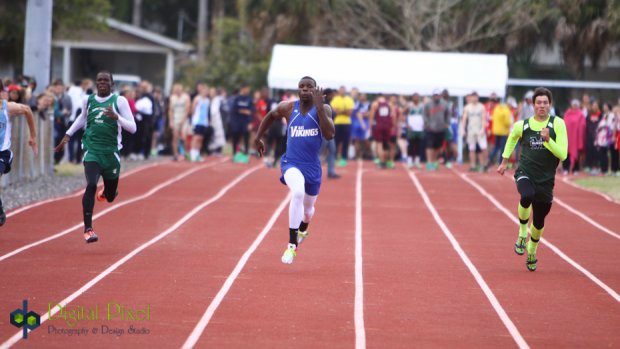 The boy's events had a couple of winners who took home two trophies. Jake Gandy of McKeel won both the 110 and 300 hurdles. He also finished fourth in the 100 and fifth in the triple jump. Lakeland Christian sophomore T.J. Simmons swept the sprint events winning the 100 and 200. Sophomore Max Boreland of Berkeley Prep running on his hometrack captured both the 1600 and 3200 meter titles. Tampa Bay Christian Academy picked up their only 18 points of the meet after Jabari Johnson won the discus and finished second in the shot put. The top performance of the meet was Clearwater Central Catholic senior Ben Kieler's clearance of 6-04 in the high jump.