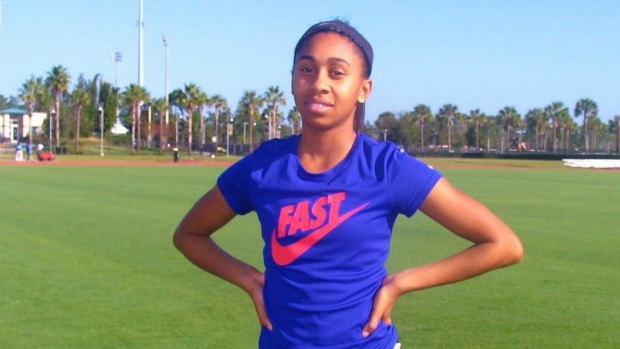 Raines High School senior Kortney Gray has been a versatile athlete for Coach James' Day's squad. Over her high school career she has competed in the sprints, jumps, and has even registered stats in the 800 and 5000 meter runs. As a junior, Gray finished 4th in the triple jump and 8th in the long jump at the FHSAA 2A Outdoor State Finals. Recently, she announced her college decision. 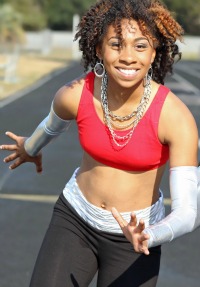 What was the recruiting process like for you?
It was kind of shaky in the beginning trying to get a school's attention and trying to get a track scholarship. Towards the middle and end of the season when I started to reach my peak I started to get more letters and  phone calls. Mentally I started to motivate myself as far as getting my times down and the jumps up so I can become the college athlete that schools are looking for.
Where else did you consider?
I was considering the University of South Florida and also Southern University.
Why in the end did you choose Savannah State?
Well, when I took my visit to the school I loved the campus and atmosphere there. I also liked the coaches and the expectations for their athletes. They were also the only consistent coaches that were really interested in what I had to offer as an student athlete.

How did you get along with the rest of the team?
My bond with my teammates is pretty tight. I'm a very goofy person who loves to run and my teammates are pretty much the same. I also have a lot of respect for my coaches. I take into consideration every advice they give me in anything because I know they want the best for me and the team. 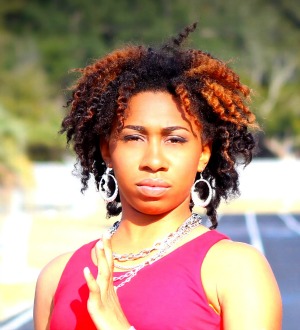 You've done both sprints and jumps at Raines. Have they said what your role would be in college?
I was recruited as a sprinter and being a jumper is a plus. However, I will work on my jumps just incase I'm needed to jump.
What are you looking forward to the most about college?
I'm looking for the experience of being on my own and taking the responsibility of doing what needs to be done academically or athletically, the chance to be well rounded and meeting new people and see new places, and just the college experience itself.
What kind of athlete are the Tigers getting in Kortney Gray?
Savannah State is getting an athlete that's coming to do what she was recruited to do and that's run fast. They are getting an athlete that's coming  in to score points for her teams in her events.They are getting an athlete that's coming to learn and absorb things like better running habits and technique and someone who is coming to better herself athletically and academically.
Of all your accomplishments at Raines what sticks out the most? What will you miss the most?
What sticks out the most to me is I've been running for Raines High School for four years, and I've always been that person  that Coach James can run to and say "Hey I need you to high jump or run the 400 today." Knowing those aren't my events and that I don't practice them I'd still go out there and give it my best and place in the top five every time. I'm the one person he'll go to and propose that challenge to. I feel that makes me an elite athlete that can be competitive in any event he puts me in. I will definitely miss my friends and  teammates  fun we had over the years and just the silly moments we've had in practice, Those days would truly be missed.
Is there anyone you'd like to thank for helping you to get where you are?
I would first like to thank God for anointing me with the gift and talent and without him none of this would be possible. I would like to thank my mom for being there ever since I was eight years old playing softball and other sports such as basketball, soccer and volleyball with me. She has been there supporting me since day one. I would like to thank both my dad and step dad for supporting me financially and with there presence. I also would like to thanks to a host of family and friends that supported me since 9th grade and a special thanks to my Uncle Lawrence for his motivation and support as well. I would like to thank my coaches for there guidance and encouragement and for challenging me to be the best athlete I can be.