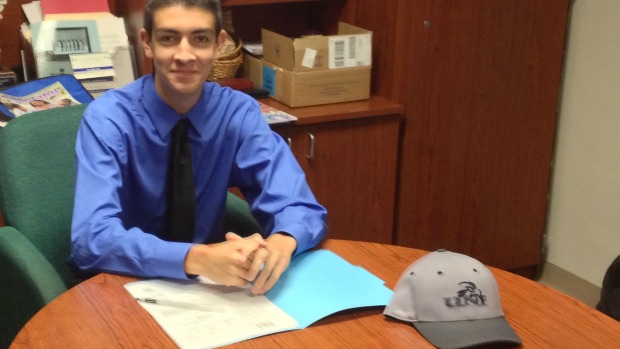 The University of North Florida continued to add local talent with the addition of Coral Springs distance runner Tyler Bell. 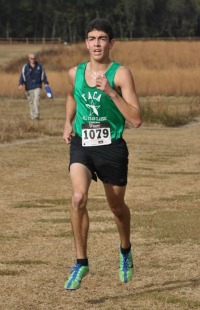 The process itself was different than expected. I thought that there would have been a lot more phone calls from coaches and that all I had to do was sit near the phone and wait, but the real process requires the athlete to be willing to reach out to the coaches 9 out of 10 times.

After finishing 10th at state in the 1600 did that bring a lot more attention?

The day after the state meet where I finished 10th, my father received a phone call from the University of South Florida who became interested. Other than that, there really wasn't much more attention drawn to me because I had already committed to UNF.

What  other schools did you consider?

I strongly considered FAU, Florida Southern and Nova Southeastern; and had interest from The University of Tampa and The University of South Florida.  There were a lot of out-of-state D2 and D3 schools that were interested as well.

Why in the end did you choose UNF?

I chose UNF for a few reasons. From an academic standpoint, the school is excellent and has a great program for pre-physical therapy. Jacksonville is a beautiful city and has so much to do. UNF and Jacksonville just felt like home.  Equally important to those two reasons, I wanted to go somewhere where I knew I would progress as a runner and become much faster than I am now. Coach Pigg and Coach Kindt weren't exactly slouches in their days as runners. They know how to succeed.  Both of them would put me to shame at this time, so I've set a goal of beat both of their best times by the end of my senior year.

Was it neat running there for the state seet and knowing you were going to spend the rest of your college career there? 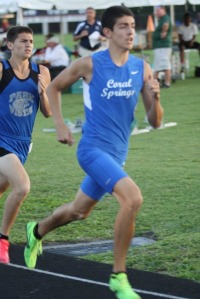 I thought it was really cool to still be in high school and get a chance to race at next year's home track and really feel the college atmosphere while racing. It's like nothing I've ever felt while racing before.

How did you get along with the rest of the team?

The rest of the team, both men and women seem awesome. They did such a good job of making me feel welcome at their school, even before I had signed with UNF. A few members of the team took a few minutes to talk to me about the program and answer any questions that I had.

What are you looking forward to the most about college?

I'm looking forward to learning more about the physical therapy field and hopefully excelling in that as well as performing well on the track and making my coaches proud.

What kind of athlete are the Ospreys getting in Tyler Bell?

UNF is getting someone who has learned first-hand that when you do the work, you're going get the results. Taking short-cuts and finding the “easy way” might work in the moment for some people, but it always catches up and you'll never win in the long run. My coaches can be sure that the athlete they will see is someone who will leave it all on the track every single day, every single workout and will be competing with the very best runners at the school.  Being competitive, I don't do well having even one person better than me.  I come in behind some talented senior runners and I look toward taking their spot early on in my collegiate career.

Are you excited to get to run both cross country and track at the next level?

I'm very excited to be running both cross country and track. 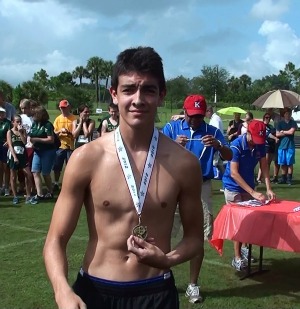 Cross country will give me chance to experience nature while racing all over the country, and improving my distance base for track season. I also love running on big tracks where the crowd is on its’ feet and you can feel the energy in the air. There's really no better feeling than that.

Of all your accomplishments at Coral Springs what sticks out the most?

I would say my biggest accomplishment at Coral Springs High was winning the Broward County Championship at 1600m. Not only was it a race that I was thrilled to be a part of and win, but it was a race where I ran a six second PR.  That one race earned the attention from UNF. I would say that race was definitely a defining moment in my life.

I'm definitely going to miss the friends I've made over the course of the last three years. I've met some really great people who have had a major impact on my life and it’s sad to think that I have to say goodbye fairly soon.

Is there anyone you'd like to thank for helping you to get where you are?

I think the obvious person to thank would be my high school coach Brantley Barr. He's been the one pushing me for the last three years, always setting goals for me in order to motivate me to improve. He's been an excellent coach to me as well as the entire team.  He also does an incredible job of really being friends with his athletes and gets to know them on a personal, level making them more comfortable being on the team. I'd also like to thank my dad. He acted like my agent throughout the whole recruiting process, and exposed me to interested coaches including North Florida's coaching staff. Without him, none of this would have been possible. Most importantly, he was an incredible supporter of what I do. He rarely if ever missed a race (XC and Track), and would always be screaming and shouting out of excitement. He was definitely a true friend through all of this.