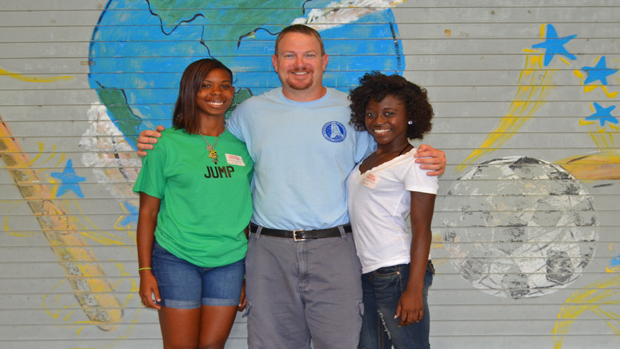 Being a PE coach was my goal since I was in high school myself. I wasn’t exactly sure what sport I would enjoy the most, but it just so happened that track became my favorite. 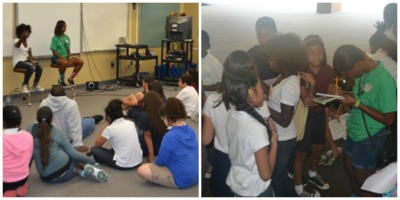 Osceola county (Orange Belt Conference) elementary schools have a well established track & field program in addition to a strong XC program. Coaches that are willing to put in the time and effort have multiple opportunities for their athletes to compete against other local elementary schools. I became immersed in this tradition in my very first year and I haven’t looked back since.

Today I had the honor of hosting two of my former students as they came to visit their elementary school for the day. Amber Jackson, of Kissimmee Gateway High School and Estelle Esperance of Poinciana High School came out to Deerwood where their love of track began. I asked them if they would be willing to speak to the fifth graders about middle school, high school athletics and earning a collegiate scholarship.

I was very pleased as they spoke about setting goals, not giving up, and overcoming adversity. The students, most of them anyway, were very interested and asked some great questions. The highlight came at the end as we were dismissing for the day. One of the students was so awestruck that they wanted an autograph. That led to a crowd of more autographs seekers for the soon to be stars. It was an awesome experience for me and one I hope I can continue throughout my tenure there. 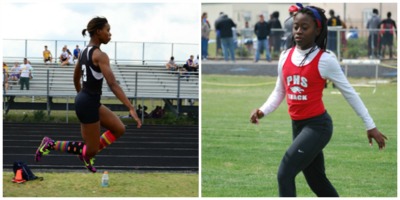 Amber recently signed with LaSalle University to compete in the long jump and triple jump. She still holds the Deerwood record in the 100m dash of 13.56 that she set in 2006. She probably would have set a few more had I given her the chance to jump. That pales in comparison to the records she set while at Gateway however, along with her 2013 Class 4A district and regional titles in her two favorite jumping events.

Estelle recently signed with Alabama A&M to play soccer. I knew from her elementary days that soccer was her first love, but man could she run around that track. She still holds the record for the 800m that she ran in 2006 of 2:55. No girls (and very few boys) have come close to touching that mark until it was matched this year at the elementary championships. Estelle was a state qualifier 3 consecutive years while at Poinciana.

The LaSalle program and Alabama A&M program are each getting an awesome person, that just so happens to be an even better athlete!!!