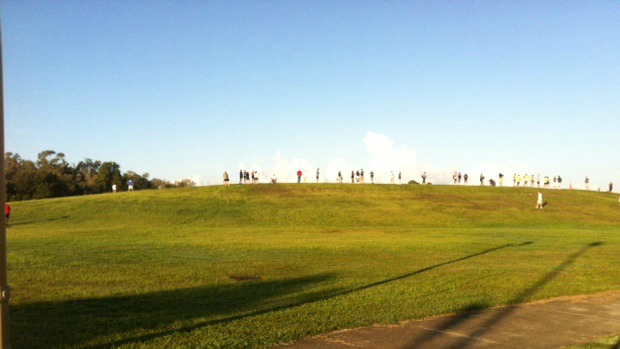 The weather was hot and humid and the course for the Estero DDD Invitational wasn't exactly a walk in the park. In the end, Fort Myers senior Emily Edwards and Belen Jesuit senior Fabian Tomas came away with individual honors, while host Estero and Tomas' Belen Jesuit squad were team champions. Al Delago and Coach Alonso of Carrollton were on-site to provided us with some awesome coverage. Special thanks to Coach Jeff Sommer of Estero as well for a race recap.

In the girls Race  a pack of about five girls led to about the mile mark.Then it started to split up with Emily Edwards of Fort Myers  taking a commanding lead. Bethany Jenkins of Estero gave chase for a short time before Araceli Leon of Estero  moved up and gave a big push from about 28 seconds back to close the gap to around nine seconds. Edwards finished in 19:50 and Leon in 19:59 respecitvely. Barron Collier freshman Devin Molloy and Sarah Candiano of Evangelical Christian rounded out the top four After two big hills, two long sandpits, two small hills, and going thru water twice around the lake  the Estero girls put four in the top ten to get the victory with 43 points. Community School of Naples was second with 119 points.  Third through sixth place was separated by THREE points with Carrollton (133), North Port (135), Fort Myers (136), and Lakewood Ranch (136). 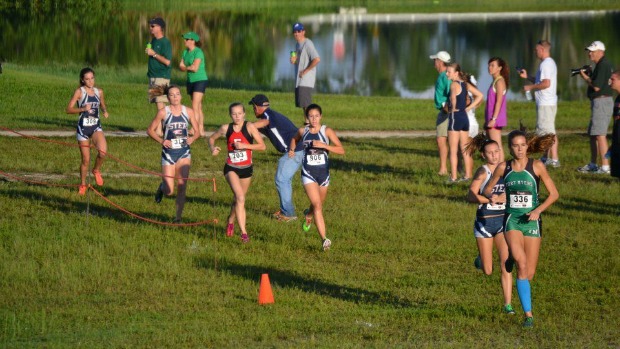 In the boys race, Belen took charge from the gun with their top two Fabian Tomas and Ryan Rodriquez charging from the gun along with Alex Pedraza from Golden Gate. Tomas and Rodriguez ran together the majority of the race with Tomas crossing the line in 16:55.00 and Rodriguez three seconds behind him in 16:58.00. At the end,  Leonel Delacruz of Immokalee closed really hard to nip Alex at the wire with a time of 17:25.00. Padraza finished fourth in 17:26.00. The team title was Belen’s from start to finish putting six in the top ten with a very impressive twenty-three points. Estero was second and Lakewood Ranch third. The keys for both races was the pack running of the teams. 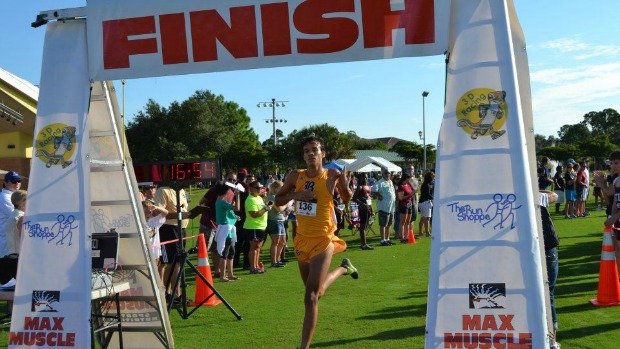 Freshman Kaitlyn Karkota of North Fort Myers won the girls junior varsity race. Carrolton took the team trophy over Fort Myers 29-42, placing their top five in the top 14 spots. On the boys side, Belen showed they have tons of depth taking the first five spots and for what its worth twelve in the top twenty. Senior Alvaro Mejer won in a time of 18: