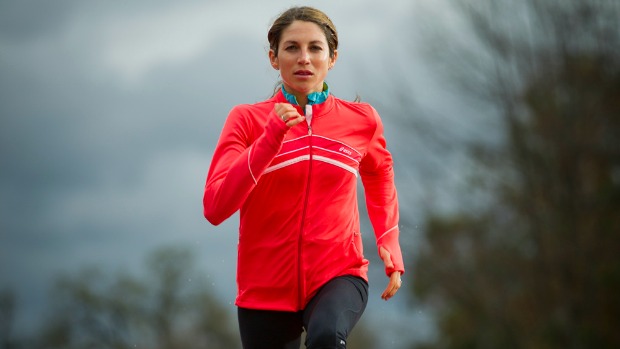 We are pleased to announce that Asics professional middle distance runner Sara Hall will be our celebirty guest for the 14th Flrunners.com Invitational. Hall, the 2012 winner of the USA Cross County Championships, and wife of elite marathoner Ryan Hall, will be on hand Friday night for a free special presentation at 8:30 at the Elks Lodge. Saturday morning  she will serve as the celebrity starter for both the boys and girls Race of Champions. Afterwards she will be hanging out in the Muscle Milk tent, giving out awards, throwing out beads, and mingling with the runners and fans. 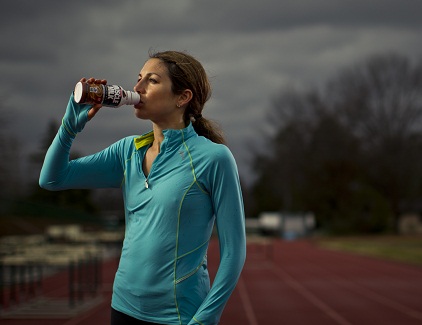 Hall, who loves speaking to high school athletes, will be talking about her training and nutrition programs as a professional runner. She will also cover her personal story of choosing cross country over soccer when she was younger, training with her husband (Olympic marathoner Ryan Hall), her workout/running tips, personal goals, her recent experiences training in Africa, and will answer as many questions as possible from the audience. Brittany Cranston of Muscle Milk and Cytomax says Hall was a perfect fit to be the celebrity guest of FLR 14.

"Muscle Milk is dedicated to development of student-athletes, and we're so excited to be a part of such a great event known for providing some of the top high school athletes a place to compete on a big stage. Sara embodies what our brand stands for--not only is she one of the top athletes in her sport, but she's an even better person. She is an inspiration and a true role model for any runner."

Lately, Sara and Ryan have been spending time in Uganda and Keyna training and running with the locals. By the time she arrives in Titusville, she will have been in Africa for a month and a half. During her time there the two have been experiencing the culture and working with charitable organizations, inlcuding the Steps Foundation--a non-profit movement they founded to fight global poverty through better health.

Meet founder Jason Byrne is thrilled to have Sara as the 2014 speaker. "We are excited to have Sara join us this year as the latest in our long line of celebrity guests," Byrne said, "Her resume is incredible and her humanitarian efforts are inspirational. I think the kids will love meeting her and getting to interact with her as well." 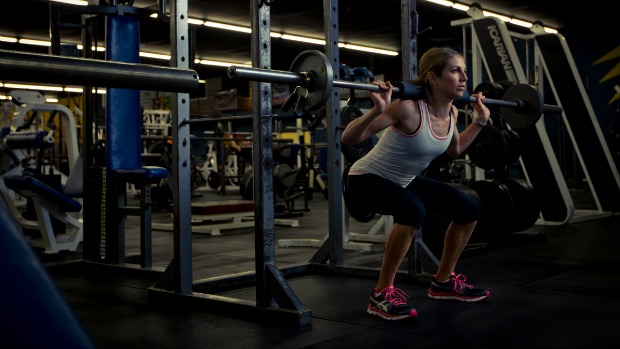 Sara (Bei) Hall was born in Santa Rosa, California and competed for Montgomery High School. During her high school career she won seven CIF State Championships including four in cross country and three in track--the first athlete ever to win four high school state titles in California cross country history. In 2000, she was the Foot Locker National Champion in her senior year, after failing to qualify as a junior. During her high school career she qualified for Foot Locker Nationals three times.

After graduating in 2001, she stayed in the Golden State and headed to Palo Alto to run for the Stanford Cardinals, where she was a seven-time All-American. She was a three-time runner-up in the 5000 meters and indoors in the 3000. Hall was a member of Stanford's national champion cross country team in 2003, where she finished third as an individual. It was her time in college where she started dating her future husband and Olympic marathoner, Ryan Hall. Professionally, Sara won the steeplechase at the 2011 Pan American Games and has won numerous notable road races as well as the 2012 USA Cross Country Championships.