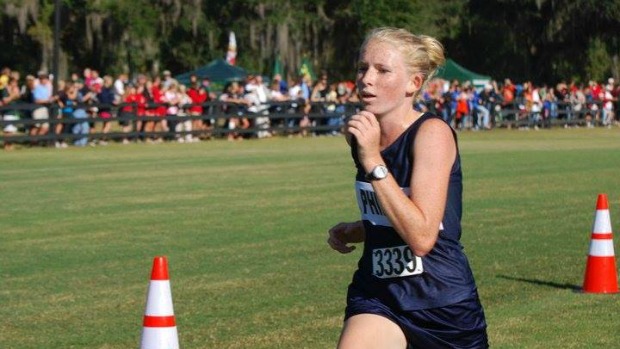 Sara Mund saw how much fun her brother Alex was having on the Dr. Phillip's cross country team and decided to give it a try for herself.  When she joined the team as a freshman her 5k times were in the 21 to 22 minute range. Decent times for a new runner, but nothing amazing. Mund loved the tight team bond, filled with traditions, and a strong support system. She remembers the first time she ran under 21 minutes and her coach telling her she would run in the 18's one day. 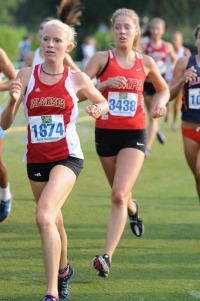 "The 18 minute range had never been in my mind before that. After he told me that I couldn't help having a smirk on my face thinking of my new goal. I just remember my favorite feeling was when other people showed how much they believe in my athletic ability."

The news excited Mund, but during her junior and senior year of running she says she hit a mental break. She didn't feel capable of running the times that she ran in the past. and that she'd never make it into the 18's, despite a solid running career. Even though she was not as fast as some of her teammates, she says she loved working out and spending time with them.

"I felt I had run my race, and it was time to help my teammates do the same. I would hold back during many of my workouts to help push the back pack forward to new records and PR's. Although as a result my times suffered this did not change the passion and love I had for running. I would not take back the two years of JV and two years of varsity for anything. It allowed me to experience high school running from every angle. It also helped me to close the gap between JV and varsity socially and physically. It made me realize that I love running for the bond and feeling you get with your fellow teammates. I feel like it is a bond for life."

Mund convinced her friends, many of whom never thought of themselves as runners, to join the cross country team. She wanted them to experience the love and passion for the sport that she had felt. The relationships with her teammates and coaches, who were like her best friends, people who believed in her, is what made running have such a place in her life. She loved to run, but more as a hobby. When the choice to run collegiately came around, she says she wanted nothing of it.

"I loved to run and all the stories I was hearing were able how college sports are more like jobs than a hobby. I knew that I did not want to make myself hate running. When I was applying to Flagler I saw their team was smaller and did not seem as extreme as other colleges. So I attempted to contact the coach many times but failed to join the team my freshman year. I decided it was fate so I just ran on my own when I could ranging from three to five miles on average." 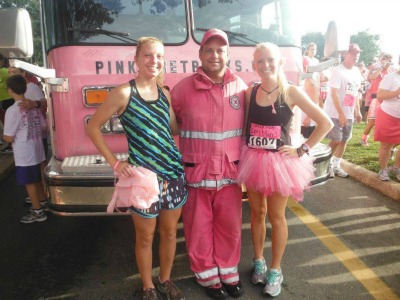 Loneliness began to ensue and Mund decided to contact the coach one more time. The response; if she was able to lower her time to what she was running during her freshman year of high school, she could join the team. She began to feel hopeless and thoughts of reaching those times seemed impossible. Instead of completely giving up, Mund went out for Flagler's running club where she was the fastest of the bunch. Running with a group brought back high school memories. Those memories of leading those struggling in the back towards improvement. She says once the group knew her better they began to ask why she wasn't running for the cross country team.

"I told them I wasn't good enough."

When others would have settled or even quit, Mund kept fighting. In October, she ran Pink Up The Pace, a local 5k supporting breast cancer. Staying in the fun run spirit, she wore a tutu, and ended up running a time of 20:38, close to her high school personal best. Months later she decided it was time to pull the trigger and see if she could join the team. She contacted the cross country coach, told him her time, and she says before she knew it she was set up and organized to join the team for track season and the rest was history. 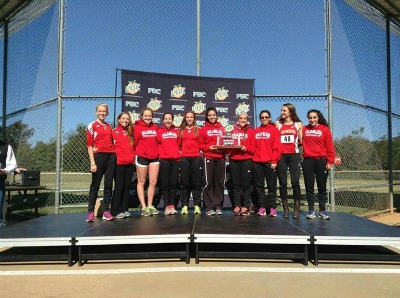 "Coach Beil is the greatest coach I have ever met. He knows what he is doing and running for him has only made me love running more. He is all about understanding how your body feels and adjusting accordingly. I am part of a great team and a great sport. I know that for me to run well I must be happy and love the sport. Since I joined the team my passion for running has only increased and I can truly say I am happy when I am running."

From 21 minutes as a high school freshman, to time on the junior varsity squad, tryouts, club teams, and now Flagler's cross country team, Mund is finally making her mark on the running world. She and her Lion's teammates will compete this weekend at the Division 2 National Championships in Spokane Washington. She says since joining the team at Flagler College, she can't envision herself anywhere else.

"This journey has been a truly surreal experience for me. I am a major believer in fate, and that everything in life has a purpose and happens for a reason. To me I needed to go through all of those steps to be where I am today. I think that without the extensive process that I went through, all the triumphs and struggles, I would not be where I am today and I would not be happy."