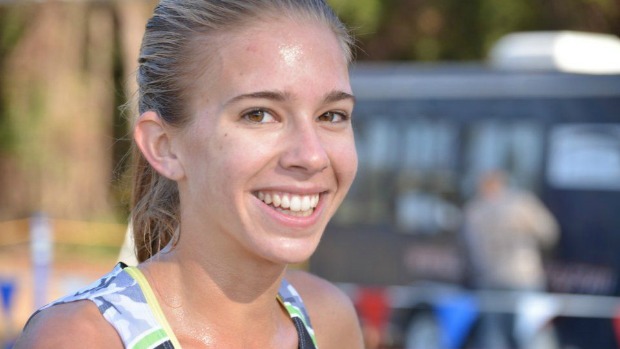 “The moment you think of giving up, think of the reason why you held on so long.”

Hey Flrunners! I apologize for not blogging in a while; it’s been a crazy past few weeks!  Congratulations to everyone that competed at States this past weekend! It was great to watch all of the races and watch the best of the best compete all in one place. I can’t believe the regular season is over. It came and went before I could even realize that this was my final cross-country season! I feel as if I have been competing in the same meets for forever and it was quite strange to walk away from each race knowing it was my last there. It is definitely bittersweet and I will even miss the impossible Estero course. 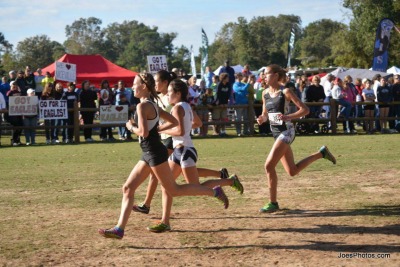 I can easily say one of the best and busiest days of my life was this past Saturday. The weeks leading up to the race I was confident because I was feeling really strong and I was able to win my conference, district, and regional races. At districts and regionals, I tried a new racing strategy of pack running and trying to kick at the end. I am usually comfortable starting out strong and trying to hold on to the finish, so I was a little apprehensive about trying this tactic. Over those weeks, I grew to like it and was able to learn more on how to race as opposed to hitting time goals. I decided that this would be my best strategy for states: sticking with the leaders and try to outkick them at the end.

The week leading up to states, I was not feeling as strong as before. I was struggling to hit my pace in workouts and tempos so I became worried and fearful for the race that was to come. I definitely played mind games with myself all week. I still decided to stick to my game plan and hoped I would feel stronger as Saturday approached. The night before, with a great team dinner and getting our brand new camo jerseys, I was getting pumped for the most important race of the year.

When we arrived to the course in the morning, I could not have asked for more perfect weather.  Mix that in with my Cookie Crisp cereal for breakfast, and Linkin Park on my headphones, and you get a pretty good combination. I stepped on that line and thought of all the training I went through to get to this point. I had won some races this year and I’ve lost some races, but the only win that mattered to me at that point was the race I was about to run.

The gun went off and the race went out a lot slower than I anticipated. A huge pack went through the mile at 5:45 and there was still a large pack at the two mile! I knew at that point in the race is usually where I begin to fall apart, and of course, it happened again. I fought and fought to hang with the lead pack, but just couldn’t do it. Soon it strung out and I found myself in fourth place. I knew I would not be satisfied with fourth when I crossed the finish line and I moved up to third. I was still third at the wall and by the time I made it up the wall, I was exhausted. I thought about giving up and just trying to maintain my position. Without much time of thinking that, my coach is shouting at me and calling out times. “You are only 5 seconds behind!” That’s all I heard. Something instantly clicked inside of me and I decided why not go for it? Why not become a 400 runner and finish as strong as my body will allow me? Before I knew it, I moved up to 2nd, and a few seconds later, I realized I was winning the race. A little smile broke through and I couldn’t believe I was looking at the finish line with no competitors in front of me. It is truly an indescribable feeling. My body basically quit on me in the final meters of the race, and I ended up collapsing again, but it was completely worth it.  I learned to never give up at the end of the race, and that the 7th time is the charm!

Immediately after awards, I had to rush back to Fort Myers and switch out my running shoes for high heels for homecoming! Last year, our homecoming was on Pre-States and I didn’t go because it was so far away.  However, I figured this was my senior year and I should probably go this time. I had a great time that night and it was a perfect end to a perfect day!

I would like to thank Todd for giving me the opportunity to blog this season! Good luck to anyone competing in Footlocker or Nike!