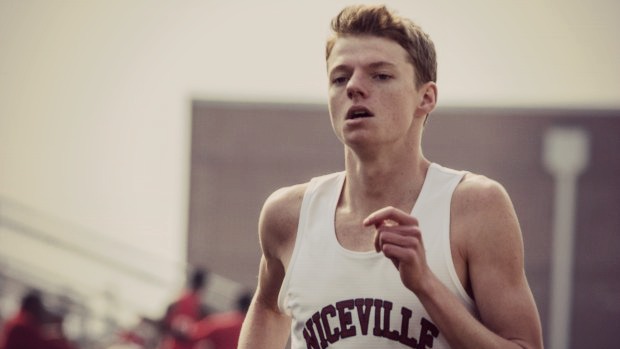 As the cross country season dwindled down for Niceville senior Nick Morken so did the recruiting process. Morken announced via Twitter Wednesday night that he had chosen the University of North Florida over UF, South Alabama, FSU, and Ole Miss. He says he picked the Ospreys for several reasons.
"I like where the program is heading and I like the area of Jacksonville. They are building nice facilities and all in all everything is looking positive over there Also, I really like Coach Pigg's passion. He is always evolving his training philosophy and doesn't settle. He seemed to like me for more than being an athlete."
Morken, finished third at the 2012 Cross Country Finals before going onto win his first state title in the outdoor season with a 4:23.79 clocking in the 1600 meters. This year he finished 24th at the Cross Country Finals and says he wanted to make his decision now so he could focus on the upcoming track season.
"That was very important. I also thought if I committed, maybe it would get others to commit as well."
The Niceville standout is the second pledge to Coach Pigg's squad in the week joining Wesley Norton of Stanton Prep. Morken says he hopes to get more runners on board between now and National Signing Day including Mark Robertson of Pensacola Booker T. Washington, Tyler Bennett of Fort Myers, and the Land O'Lakes duo of Travis Nichols and Tyler Stahl. He believes that the team has a chance to surprise people around the southeast and is looking forward to dawning the grey and blue.
"I am looking forward to getting out on my own and having a great team that I can consistently train with and are closer to my level of physical ability. UNF is getting a hard worker and team player. If I'm the 8th man or if I'm 1st on the team I will run my best for the squad. They will get a guy whose passionate about the sport and will do anything to excel. "