The moment you have all been waiting for. With the 2013 cross country season over and the year coming to a close we announce the last installment of our All Flrunners.com Cross Country Team, our first team selections. Congratulations to all those selected and the whole running community for making this season such a success! 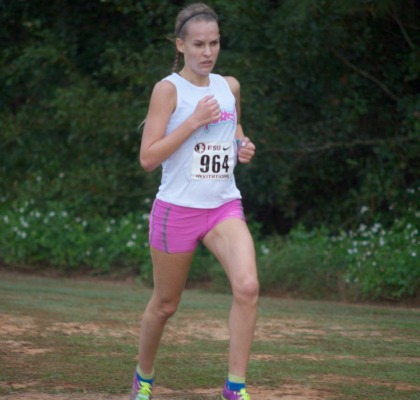 Barlow didn't run a ton of meets at the beginning of the season, but that was exactly how they planned it. Stay healthy and peak for the postseason. The senior was seventh at the flrunners.com Invitational and really had her shining moment at the FSU/Pre-State Invitational where she finished first, becoming the second runner all season to break 18 minutes, with a time of 17:53.99. She was second at the 3A Cross Country Finals and has verbally committed to the University of Alabama. 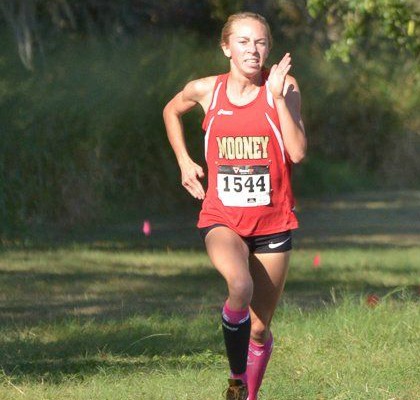 After placing third in the 800 meters at state, Casagrande burst onto the scene her senior season. The Cardinal Mooney standout won her first two meets and proved she was no fluke by finishing fourth at the flrunners.com Invitational and following that up with a new personal best time of 18:07.61 third place showing at the FSU Invitational/Pre-State. She was the district champion and regional runner-up before finishing fifth at the 3A Cross Country Finals. Casagrande is currently undecided in her college choice. 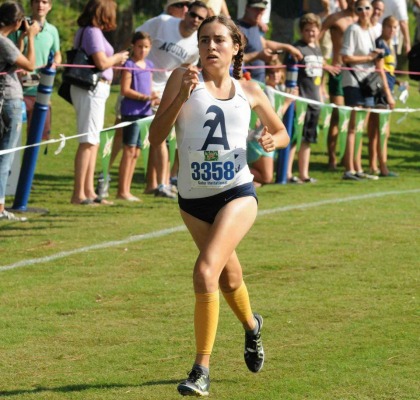 Cruz started off the year strong with third place finishes at the UF Mt. Dew Invitational and flrunners.com Invitational before winning conference, district, and regional championships. The Raiders' sophomore capped off 2013 with her first state championship after finishing as the 4A runner-up in 2012. 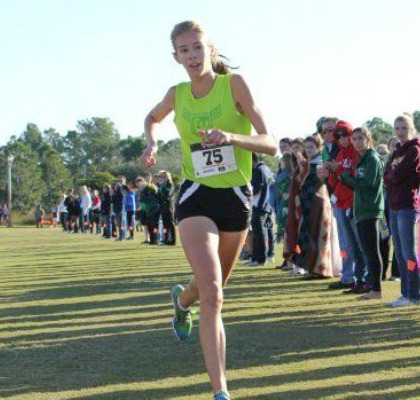 Emily Edwards was one of the most consistent runners in the state all season long. Edwards started off the year at the 3D Invitational and finished no less than fourth in her next three meets. The senior then ran two of her best races at the flrunners.com Invitational and FSU Invitational/Pre-State where she finished second. Edwards then went onto win conference, district, and regional championships. In the biggest meet of the year the 3A Cross Country Finals, arguably the hardest classification she crossed the line ahead of the competition to pick up her first state championships. She will join Barlow next year at the University of Alabama. 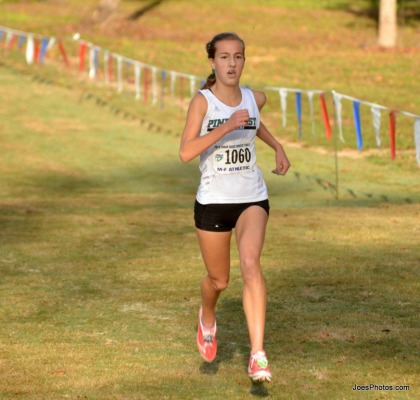 What do you do when you win the state title as a freshman and have a bullseye on your back most of the season? Well for the Pinecrast star you rise up to the challenge and prove why you are the best. Montgomery came into the cross country season after adding a 3200 meter state championship in track to her resume. The sophomore finished fourth at Katie Caples, fifth at the flrunners.com Invitational, and won a district championship. At the regional meet, she had a battle with familiar foe Daesha Rogers, and finished second. The result didn't stop her from running a strategical race a little over a week later to claim her second straight 2A Cross Country Finals championship. 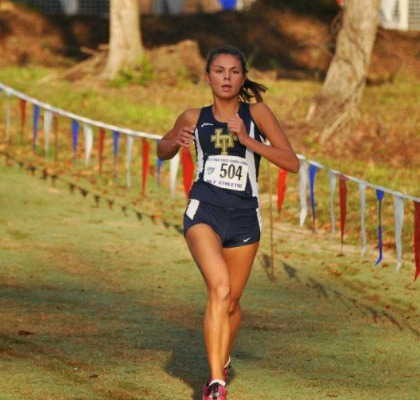 It seems like Julie Wollrath has been running forever, but the reality is she is only a junior. Wollrath won her opening meet, finished second at Katie Caples, and then won a very competitive UFMt. Dew Invitational. Following that, she tallied a top 20 finish at Great American in North Carolina and a fourth place showing at the FSU Invitational/Pre-State in a season best time of 18:11.69. She was once again district and regional champ and for the third straight year the 1A state champion. She ran under 18:30 in five of eight of her races. 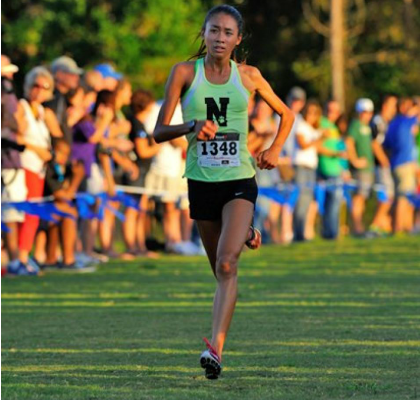 Xiang won her first seven meets of the year including the Katie Caples Invitational and flrunners.com Invitational Race of Champions where she posted a time of 17:52.00. The Nease senior was the regional runner-up and finished third at the 3A Cross Country Finals. That wasn't the end of her season though. At the Foot Locker South Regional, Xiang improved her personal best by 32 seconds, 17:20.00 to clinch the tenth and final spot to San Diego for Foot Locker Nationals. In San Diego, she placed 37th against the nation's top runners. She will attend the University of Pennsylvania in the fall. 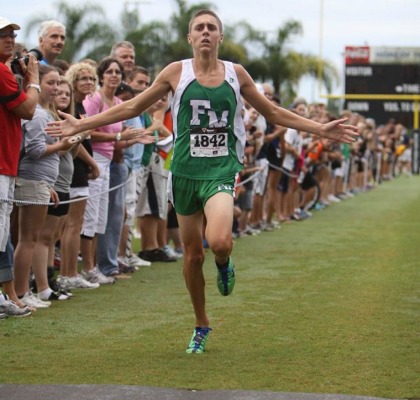 Bennett won his first three meets of the year leading up to the flrunners.com Invitational where placed third. Two weeks later he found himself crossing the line in the same place (third) at the FSU Invitational/Pre-State against the state's best. The senior then went onto clinch conference, district, and regional titles. At the 3A Cross Country Finals, he finished second for the second straight year. In the postseason, Bennett ran a new personal best and state leading time of 14:52.00 to place seventh at the Foot Locker South Regional and earn a trip to Foot Locker Nationals in San Diego. Against the best runners in the nation, he was 31st. He broke 15:30 six times this season. Bennett will run next fall at the University of North Florida. 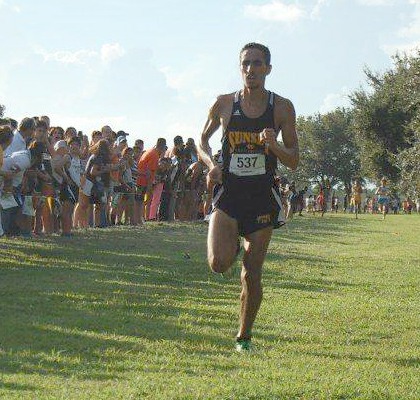 2013 was a great year for Diaz. As impressive as the other guys on this list were this year, Diaz might be the one getting the most publicity. All he did though was win. He dismantled South Florida competition in his first three meets and then showed a gutsy performance to take the flrunners.com Invitational Boys Race of Champions. Diaz followed that up with another win in South Florida and a personal best time of 15:07.83 to finish sixth at the FSU Invitational/Pre-State. He then rattled off conference, district, and regional championships en route to his first state championship at the 4A Cross Country Finals. That is nine wins in ten races if you are counting. Following the regular season, Diaz traveled with his Sunset teammates to the Nike Southeast Regional in North Carolina. They did not advance, but Diaz did. His ninth place overall finish was impressive, but due to other individuals qualifying with their teams, he was bumped up to the fifth highest finisher and earned a trip to Portland, Oregon for Nike Nationals where he finished 79th against the top individuals and teams in the country. 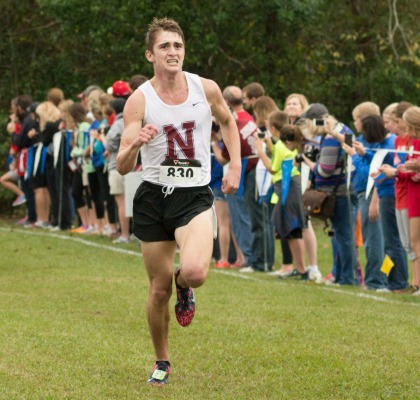 Howell battled an injury throughout the season so he wasn't 100 percent, but that doesn't take away what he did when he was on the cross country course. He won a very competitive Mobile Meet of Champions in Alabama, was second at the county championships, district champion, and regional runner-up. He finished no worse than fourth in any meet including the 3A Cross Country Finals, which was arguably the toughest classification. He has verbally committed to run for the University of Florida. 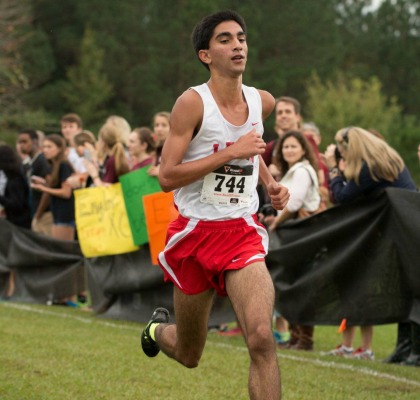 You could make a case for Khosla has the top runner in the state regardless of class for 2013. The Leon junior didn't race a ton in order to prevent injuries, but when he did run he dominated. Khosla went undefeated in all eight races this year including the FSU Invitational/Pre-State where he ran a new course record time of 14:59.45, the second fastest in the state. He also picked up district and regional championships on the way to his first state title at the 3A Cross Country Finals. Khosla came very close to making Foot Locker Nationals after a 19th place showing at the Foot Locker South Regional. He will have a very good shot at that next year and will be one of the top runners not only in the state of Florida, but in the nation. 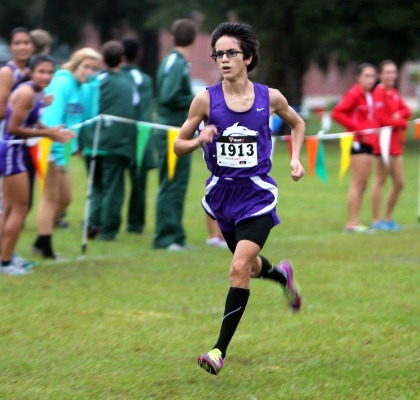 When Andres Arroyo graduated many people said 4A would begin a Brandon Marquez era. The sophomore who finished as runner-up in 2012, started the season with four straight wins. His time of 15:17.00 at the Overbay-Monte Carlo Invitational was one of the state's best at the times. He followed that up with a sixth place finish at the FSU Invitational/Pre-State in a new personal best of 15:08.81. The Timber Creek standout went onto win district, and regional championships before finishing third at the 4A Cross Country Finals. 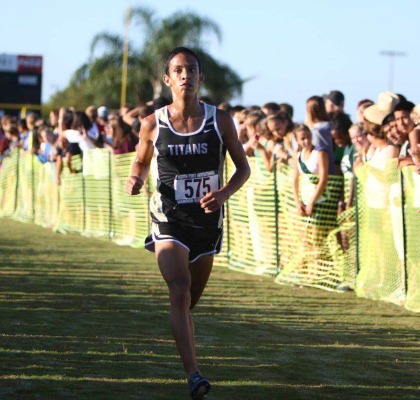 Pedraza came into the 2013 cross country season as the reigning 2A Cross Country Finals champion and 3200 meter state champion outdoor. This year he bumped up a class from 2A to 3A. He started off slow, but rallied off four straight wins late in the season including a conference and district championship where he posted a new personal best of 15:24.28. The senior then finished third in a very tough regional, and placed 11th at the 3A Cross Country Finals. He is currently undecided on his college choice. 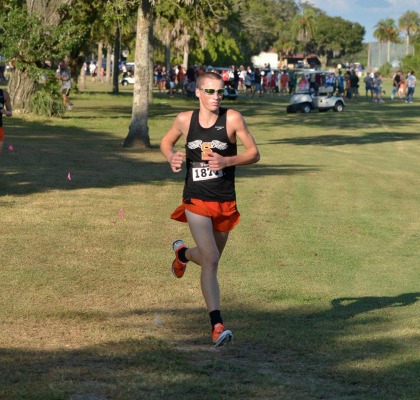 Summerall teamed up with Adam Bradtmueller to provide a dynamic 1-2 punch for Sarasota High School. The junior shined at two of the biggest meets of the regular season the flrunners.com Invitational at the FSU Invitational/Pre-State where he finished sixth and eighth respectively. Summerall picked up his second and third individual titles at the conference and district championships. At the regional championships, he finished as the runner-up. It was the third time he finished second on the season. At the 3A Cross Country Finals, he battled it out with Khosla, Bennett and the rest of the field, crossing the line in a very respectable third place. His personal best of 15:13.60 was the sixth best time in the entire state for 2013.