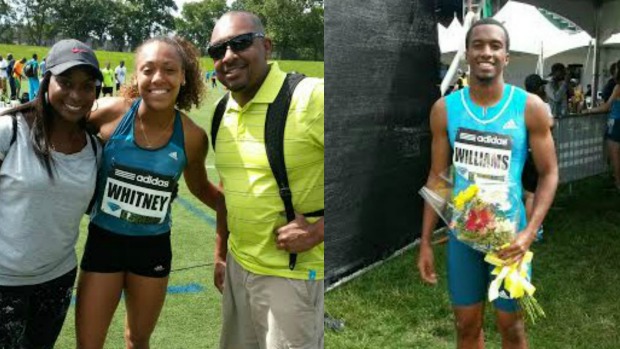 The Big Apple became prime pickings for Florida sprinters at the 2014 Adidas Grand Prix. Sunshine state speedsters went 1-2-4 in the girls Dream 100 with Kaylin Whitney improving on her 2013 fifth place finish with Teahna Daniels and Krystal Sparling crossing the finish right after. The boys went 1-3-4 in their respective race with Kendal Williams bringing the "belt" back to Florida. Terry Jernigan and Andre Ewers were right behind him with times of 10.64 and 10.65. Our MileSplit team was on-site and will have photos and interviews in the coming hours. 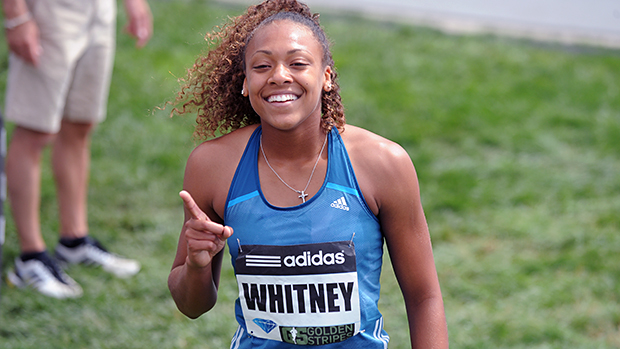 Kaylin Whitney practiced her start this week at practice. Coach Damu Cherry-Mitchell said it was the one thing that needed tweaked in order for the East Ridge class of 2016 star to be unbeatable. Teahna Daniels of the First Academy was the only girl to beat her this year and she accomplished that feat twice. Daniels start was on point, but that slight improvement on Whitney's was the difference as she was able to use her tall stature and great finishing speed to out motor Daniels to the finish line. The fifth place finisher a year ago, Whitney posted a time of 11.27 with a 1.7m/s wind, US#2 behind only Arianna Washington of California's 11.22. The mark is also a new personal best for Whitney who ran 11.30 just last weekend and breaks the meet record of 11.34 set by former Boyd Anderson star and current Florida Gator Shayla Sanders.

For Daniels the 1A state champion in the 100 and 200 meter dashes, the race a new personal best. Her time of 11.31 (legal) is seven tenths faster than her previous best of 11.38run at the Golden South Classic, the very meet that halted her career in 2013, and punched her ticket to New York just a year later. The Dream 100 brings to close a fantastic junior campaign that saw her win Texas Relays and Florida Relays in addition to her first two state championships. 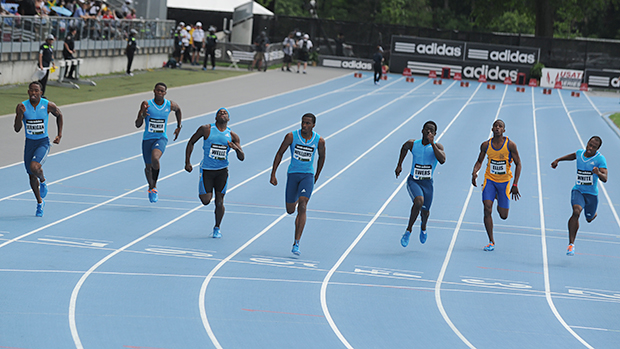 Florida brought the firepower in the Boys Dream 100 as well with three of the top seven entrants. Six-time state champion Kendal Williams got out to a great start and quickly distanced himself from the field. The FSU signee, and 2013 Dream 100 qualifier improved on his sixth place finish and time of 10.68, with a championship, and a mark of 10.46. Much like the girls' race, the boys showed out with 4A 100 and 200m state champion Terry Jernigan third in 10.64 and Andre Ewers one one-hundredth behind in 10.65 for a fourth place showing. Williams reports to FSU tomorrow, but  I wouldn't be surprised to see him and a majority of these sprinters at the USATF Junior Championships in Eugene, Oregon July 5th and 6th and possibly on the largest stage the World Junior Championships two weeks later at the same historic Hayward Field. 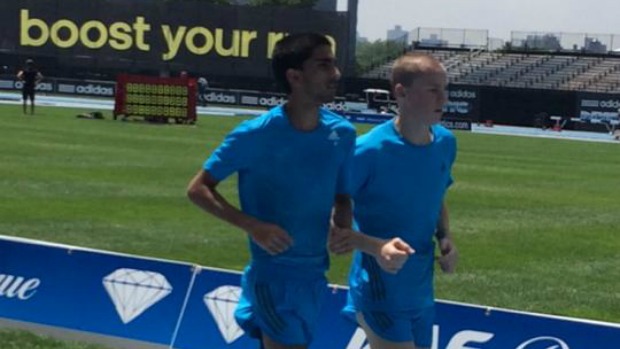 There was a lot of promise going into the Boys Dream Mile with Sukhi Khosla owning the US#1 1600m time in the country heading into the race. Khosla was up front after the first 400 meters. The livestream of the broadcast cut out until the final lap and when it resumed Khosla was in the back of the field. Coach Andrew Wills says his runner appeared sluggish after the first quarter mile and fatigue kicked in.

"He was way too nervous all morning I think, but that's a learning experience. He was tucked away in good position early. He just had no zip. Part of that is bad coaching. If he gets to come back he will know what to expect."

Note: Whitney, Sparling, Jernigan, and Ewers will all head to Seattle next weekend for the 2014 Brooks PR Invitational.