Not only does Florida have some of the best track and field and cross country athletes in the state of Florida we also have the best coaches around! Brooks, one of the top running companies, wanted to honor those coaches who go above and beyond in the community with their Inspiring Coach of the Year Awards.

According to an official release, "Brooks began giving the Inspiring Coaches Award in 2011 to honor high school track and cross country coaches who create lasting, meaningful differences in their schools and communities and to celebrate their work, energy and all that they do for youth running."

Recently, they named the top twenty-five finalists from thousands of nominations and three Sunshine State coaches made the list: Lightning Bolt Track Club's Garylnn Boyd, Flagler Palm Coast's  Dave Halliday, and Land O' Lakes' Kris Keppel.Vote for your favorite coach and remember to vote often! You can vote by clicking the Vote Now link next to their name which will direct you to their respective  Facebook pages! Voting goes until july 31st and the winner will be announced August 5th.

Brooks will award each  finalist will receive $5,000 in Brooks performance running gear for his or her team; $500 cash for team expenses; and Membership into the Brooks Inspire Daily (I.D.) program. he Inspiring Coach of the Year will receive an additional $5,000 in Brooks gear; $2,000 in cash; and Trip for two to the 2015 Brooks PR Invitational.

“We are truly blown away by this year’s Inspiring Coaches Award nominations,” says Team Brand Manager Steve DeKoker. “Right when we think we’ve heard about all the remarkable things the coaches in our sport do for their kids, we’re yet again surprised, amazed and touched by the commitment and selflessness each one of these role models displays.” 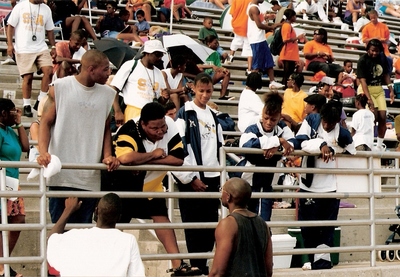 The Nomination: "Twenty-five years ago, Coach Garlynn Boyd started the Lightning Bolt Track Club that quickly became one of the most respected youth track programs in the state of Florida. Coach Garlynn “nurtures, loves and guides her athletes in the right direction. She gives them the hope of having a better life with a good education,” wrote a nominator. Coach Garlynn has taken athletes into her own home and has devoted her life to mentoring youth and bettering her community. In fact, coach has been hospitalized several times in the past few years only to show up at practices in her wheelchair or coach from her hospital bed. “I have seen her take a kid who everyone has given up on and make that kid a state champion who then received a full athletic scholarship to a Div. 1 University,” wrote the same nominator. Inspirational and devoted, coach Garland exemplifies the characteristics of the Inspiring Coaches Program."

Coach Boyd On Being A Finalist/Prize Awarded To Team:

I found out I was nominated and that I was a finalist when I received a email from Steve Dekoker from Brooks Running. It is an honor to receive a nomination for such a prestigious award.  It let’s my staff and I know we have been doing something right for the past 25 years. My staff and the Lightning Bolt Youth Sports Academy organization have touched so many lives it feels so good to know someone loves me and thinks so highly of me to nominate me.
These 25 years have brought so memories for me and my staff.  We have watched so many great athletes go through program over the years such as Trayvon Bromell, TJ Holmes, Kevin Marion, Julia O’neal, Demetrias McCloud, Dermillo Wise, Andre Hall, Jazmyn Shorter, Jacquez President and the list goes on. These athletes are some of the finest to ever leave the State of Florida.  Although the past few years have been tough for me health wise but I could not and would not let that deter me from my kids. The track is my sanctuary where I find solace to cope with everyday life. I will continue to give to my community and serve the youth of my community for another 25 years.
The BOLTS! are in dire need of new uniforms, equipment and gear. The $500 will definitely help to defray some of the costs for travel and everyday organization expenses. This has truly been a blessing for our kids. 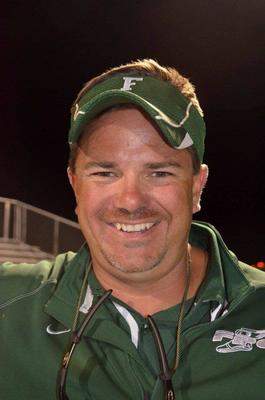 The Nomination: "Not only is Coach David Halliday the track and field chairman for Florida High Schools and the executive vice president for USA Track and Field in Florida, but he was described as a “mentor” and “father figure” by numerous athletes. In fact, as a testimony to those descriptors, Coach Halliday has stood as the best man in several former athletes’ weddings. In addition to helping 48 student athletes earn scholarships to college track programs, Coach Halliday opened his door to struggling athletes who came to live with his family during adverse times in their lives. “Dave has such joy when his athletes meet their personal and athletic goals,” wrote one nominator. “He is a combination of parent, teacher, leader, inspiration, counselor, friend and confidant,” wrote one former athlete’s parent. Coach Halliday’s impact resonates throughout his community, changing lives for the better and inspiring future generations of athletes."

Coach Halliday On Being A Finalist/Prize Awarded To Team: "The honor of being nominated and now selected to the final 25 is very humbling. However, I am more excited for how it will help my kids and the program.It is very exciting! I'm sure like many programs fundraising is not easy. Not having to worry about uniforms and having a few dollars to pay meet registration fees takes a BiG burden off of our fundraising efforts. We can focus on raising money for travel. Winning the entire contest would be HUGE for the program! It would set us up nicely for years to come as far budgeted money for uniforms, travel, and hosting meets." 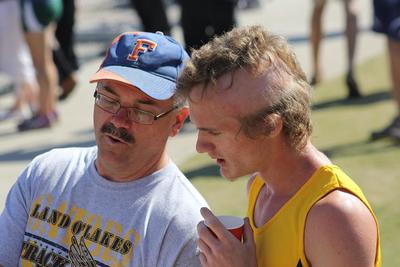 The Nomination: "The Land O’ Lakes High School Gators were sad when they realized that their inspiration, Coach Kris Keppel, would miss the cross country state finals due to his chemotherapy treatment for a cancer diagnosis. To their surprise and delight, Coach Keppel showed up with clipboard in hand and an IV bag attached to his hip. Kris Keppel’s dedication and commitment to the team and the sport he loves is evident at Land O’ Lakes. Coach “knows how to address any issues that may come up - whether it be something with running, something with another teammate, academics, personal problems at home - or how to ask a girl to Homecoming,” wrote the grandmother of a former athlete. Following Coach Keppel’s diagnosis, the team decided to organize, creating “I Run for Keppel” tees – they’ve sold over 500 to date – and one gifted student artist drew a picture of the coach that won a national award and will be housed in a congressional building in Washington, DC. Often, times of trial show us the love we’ve given by the love we then receive. Coach Keppel has given his community a great deal of love."

Coach Keppel On Being A Finalist/Prize Awarded To Team:

I first read about the the award when I saw it on Flrunners in the spring.  I heard that I was a finalist via email on the way home from my first chemo treatment on June 8. I didn't think it was real.

Later on in the day, I found out Karen DeHaas, our girls coach at LOLHS nominated me along with the help of our AD Karen Coss and several of our runners.
The Brooks inspiring coach award is reflection of not only me, but the past 20 years and watching our program grow from 5-7 runners per team to 15 boys and 18 girls in 2014. Knowing that hard work and dedication has paid off, having the boys team qualify for states 9 out of the last 10 years for the boys and two trips by the girls team. Last year was a special year for me and the boys in placing 6th at states. Then having three compete in the FACA Sr All-Stars and coming home with a victory. And to top it all, having Jake Poore sign at UT, Tyler Stahl and Travis Nichols begin their college careers at UNF.
This fight with cancer was and is a group effort. I needed the team and the team needed me.  We continue to stay positive and I have several hundreds of people praying for me all across the country and voting for me.I am truly blessed to have the support of my family (Dar, Meredith, and Morgan) and my extended family and friends.
It's an honor just for our program to be sharing award with 24 other schools. We are hoping we can purchase Brooks warm-up for both teams.We have several overnights throughout the season and the $500 will help off set those expenses.