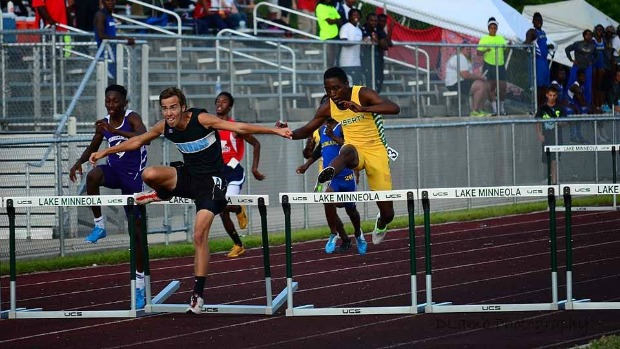 My most memorable moment has to be winning regionals in the 300m Hurdles in my final track season. I still remember almost every meter of that race.

My biggest competition throughout my four years was definitely my teammates. Whether it’d be going head to head in 800m repeats or always fighting for the fastest time on the 4x400 or the 4x800. These guys pushed myself even harder through the years.

My greatest accomplishment has to be qualifying for the state finals two years in a row. Not many athletes get the chance to compete in the state championship, but I was blessed to run in two, and do well in both.

If I had to do it all over again I’d do it the same exact way. I loved cross country in the fall, soccer in the winter, and especially track in the spring.

I will definitely miss all the late night races around my county. I will especially miss the 4x400, an event which I’ve been doing as a freshman. It’s just something I looked forward to; battling it out to see what school won the last race.

My advice for younger athletes is for them to focus on school as much as sports. No matter how hard it is just keep “grinding”.

I’ve had many different coaches throughout my four years. I’ve got to learned a lot about the different ways to run and some that were successful helped me in my senior year.

I plan to attend USC Upstate to study Business and Marketing while continuing to run on the cross country and track team.

I would like to say thank you to most importantly God for allowing me to do the thing I love, my family and teammates for the continuous support, and a big thanks to Coach Blackburn for coming in my senior year and being the best coach I’ve had.