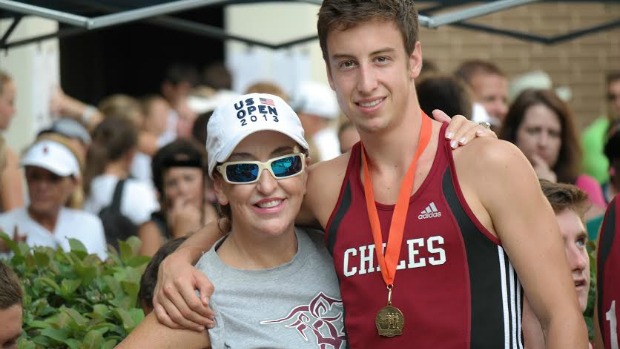 What was your most memorable race/moment?
The most noteworthy moment for me would be the 2013 Cross Country Finals. I had struggled during the previous two state meets and I wasn’t completely confident in myself going into this year’s state meet. Instead of letting my nerves get to me, I decided to step up and persevere through the pain and push myself to utter exhaustion. In the end, not only did I shock myself with that race, but also our team achieved something we were not able to do for over half a decade.
Who would you consider your biggest competition over your four years? 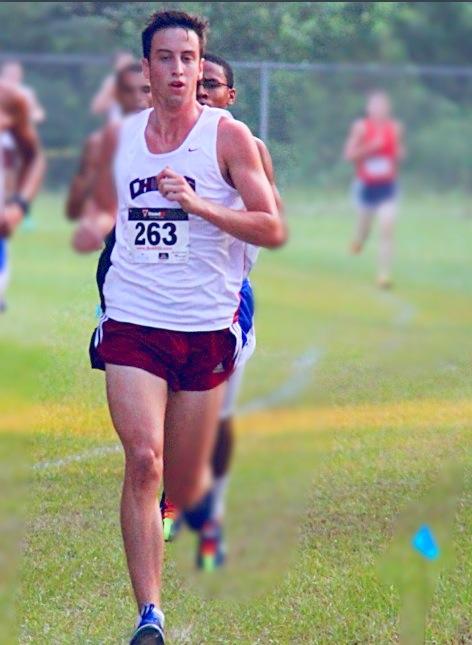 Myself. Running is a sport in which you can be your biggest advocate or your worst enemy. Confidence is such a decisive characteristic in runners, and if you lose confidence in yourself it can be detrimental to your performance. Learning to believe in myself despite what others may think was most likely my greatest achievement.
If you could do it all over again what would you change about your running career in high school?
Everyone hates having regrets, but in the end everyone has them. One significant regret for me was not understanding the potential I had when I was younger. Rather than working my butt off during practice 100% of the time, I would slack off everyone once in a while. It wasn’t until late sophomore or early junior year when I finally came to the realization that putting in complete effort was the quintessential key to success.
What were the most difficult obstacles you had to overcome?
Without a doubt, overcoming illness is one of, if not THE, hardest thing to do. Junior track season I had an inflammation of my air passage due to a viral infection, which is equivalent to exercise induced asthma. My performance through the entire track season was mortifying. Mentally overcoming that experience was crucial to my upcoming senior year. Due to support from my family and friends, I learned that stuff happens. Rather than reminisce on the failure in our past, we should move forward to the success in our future. In hindsight, becoming sick was a mixed blessing because it taught me the importance of maintaining health, getting good sleep, and focusing on what is vital to my performance.
What advice would you give to younger athletes?
Throughout your running career you will be faced with different decisions ranging from the food you eat to the rest you receive. Every choice you make will affect you in some way no matter how slight the decision may seem. Think of each course of action as a step forwards to backwards in your performance. If it comes across as causing you hindrance in the future, then you need to make the right judgment and choose another path to take. 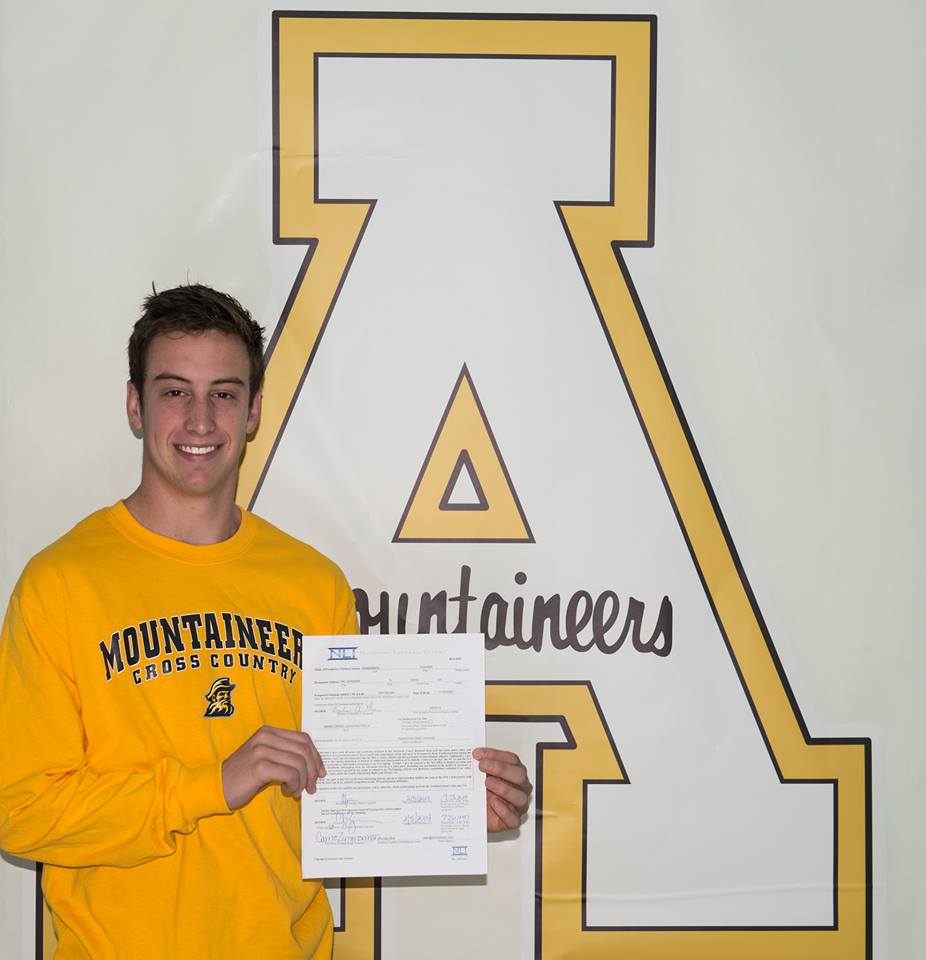 What is your plan for college?
I will be attending and running for the Appalachian State University Mountaineers. In addition to athletics, I will be pursuing a major in Business with a focus in Marketing. We have a great group of men coming in and I cannot wait to see the team we will become in the next four years.
Who would you like to say thank you to?
There are more people to thank than I think could fit in this article. The people paramount to the success of my past few years running would be my friends, family, and coach. Also, without the guidance and blessings of God, I would be nowhere near where I am today. The people who I believe don’t get the recognition they deserve are those parents who make sure they volunteer themselves to stand ALL day long in the sweltering heat and help move hurdles, rake the pits, work the concessions, etc. If we were deprived of those people, then track meets would be a scene of mass confusion. To my parents: My entire life has been comprised of you having to constantly set aside time in your schedules to drive me all over the southeast for soccer tournaments, baseball tournaments, and races; without y’all I would be nothing, literally.
Is there anything else you'd like to add?
“When you make a mistake, there are only three things you should ever do about it: 1. Admit it. 2. Learn from it, and 3. Don’t repeat it.”
-- Bear Bryant
“Accept the challenges, so that you can feel the exhilaration of victory.”
-- General George S. Patton

Do you know a class of 2014 track and field or cross country athlete? We'd like to salute them! Have them answer the following questions plus send 2-3 photos (can not be from another website or publication) to Todd.Grasley@flocasts.com.
Regional 3200 high school boys Jacksonville 04.25.2012 FHSAA 3A Region 1 Apr 26, 2012
Tweets by flrunners