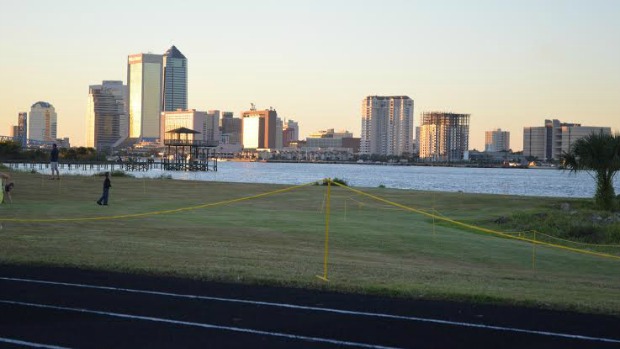 Thursday evening, high schools from around North Florida, traveled to downtown Jacksonville, to compete in the annual North Florida JV Championships at Bishop Kenny. The stakes were high, as for most of the athletes; this would be their last race of the 2014 season. The weather was absolutely perfect and many runners found themselves leaving with a new PR. 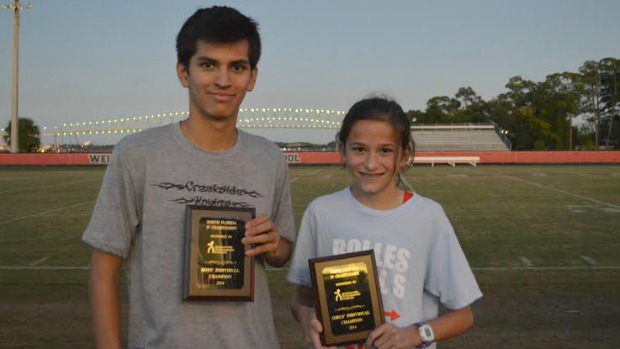 The girl’s race played out just like anybody would expect it to, with the Bolles girls dominating. The first 11 girls to cross the finish line were wearing the blue and orange of the Bulldogs, and the reward was a perfect 15 point score. Bolles was led by 8th grader Maeve O’Riordan with a strong 21:34 showing. Teammate and co-captain Taylor Bunn was only six seconds behind her in 2nd. 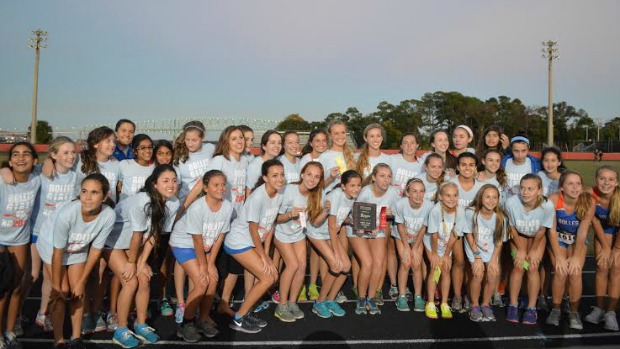 The boy’s race was far closer than the girl’s race, with Bishop Kenny and Creekside battling it out for the title. Creekside Junior Nate Perez bided his time the whole race, before coming up to steal the victory over BK senior Sam Heekin in an impressive 17:38. Creekside’s Alex Bolt and BK’s Neil Aleger rounded out the pack of sub 18 runners in 3rd, and 4th respectively. The team battle came down to the wire, with Bishop Kenny edging Creekside by three points. 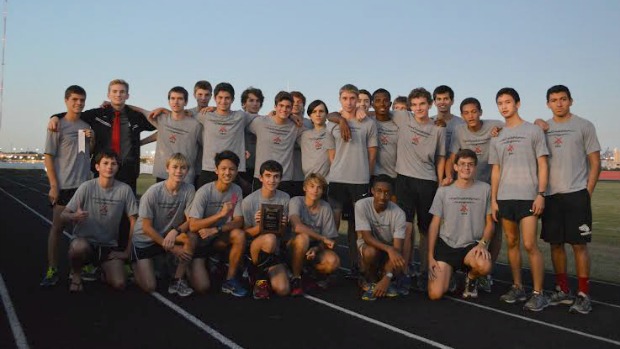 The atmosphere was fantastic on Thursday night, and the JV runners gave us a little sneak peak of the benefits of tapering. If the varsity postseason yields results like this, it’s going to be one heck of a year for Florida cross country.