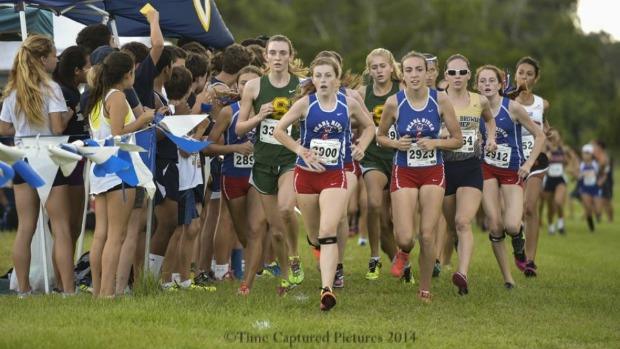 The ladies of Pearl River made the trip from New York down to Florida and dominated the competition in both the girls JV blue and girls small school races. Check out close to 4,000 photos, as well as race videos, interviews, and a recap of all the day one action from FLR15.

It looked like a river of blue and red flowing through Titusville as the Pirates from Pearl River New York made a mess of the competition with 13 runners crossing the line before anyone elses number one and tallying a perfect score. 10th grader Grace Raffa was the individual champion in 20:47.28. 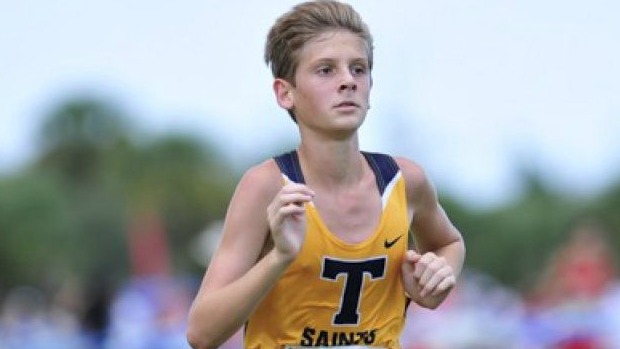 Trinity Prep freshman Trent Turbyfill took home the boys jv blue trophy in a time of 19:03.60, but it's what he told me aftewards that was even more impressive. In our post race interview, Turbyfill told me this race was just the start and that his goal of 14 minutes would be a reality within in the next three years. Trent, we'll see you in the 2020 or 2024 Olympics I'm sure of it! Oviedo's 64 points was ten better than the Saints 74. 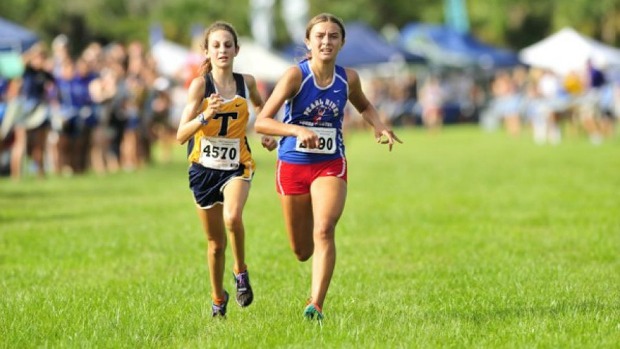 A group of six led the way with four of those being from Pearl River. After 2.5 miles that group was dwindled to four with three Pirates being split up by a Trinity Prep Saint. Mary Borkoski and Audrey McAnally battled it out in the final straight away with Borkoski an 8th grader getting the win in 19:29.36 to the 7th graders 19:29.90. Pearl River placed all five of it's runners in the top ten to score 24 points and the team title. 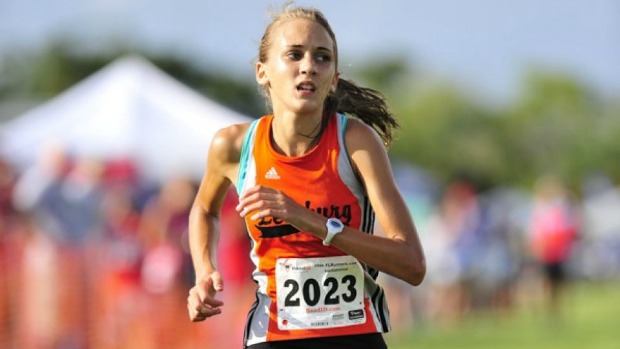 It's tough being the only girl on your team, but don't tell that to Leesburg's Kara Funke. Funke embraces the challenge by training with the boys. Running alone isn't something new for her and she showed that in the race leading from the gun and never looking back winning by over a minute in 19:10.63. Berkeley Prep (48 points) edged out St. Cloud (56), and Winter Springs (60 points) for the team trophy. 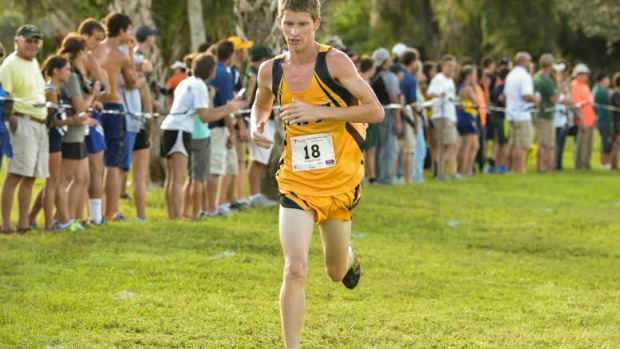 Luke Peterson of Shorecrest Prep guided the group through the mile mark with Patrick McNamara of Admiral Farragut on his shoulder. When they came back through 2.5 miles it was all McNamara. Two weeks after picking up a win in the varsity race at the North Port XC Invitational, the senior gets another "W" winning in 16:52.00. Key West making the long trip up to Titusville were the team champions with 98 points. 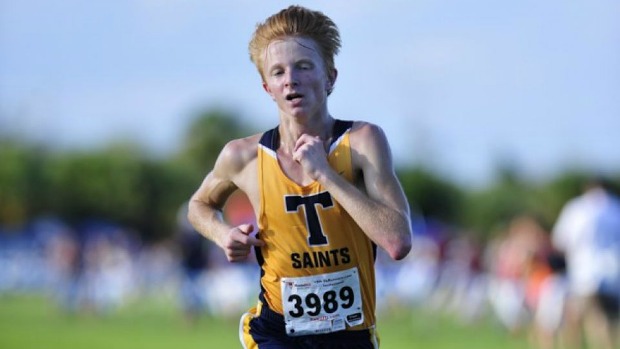 Much like the girls large school race, the boys large school race was a one man show. Trinity Prep usually competes in the Race of Champions on Saturday, but due to the Jewish holiday had to run on Friday. Chas Cook,  who is having a very good season, cruised to the win in 16:19.07 on a slower than normal course. Teammate Trent Mandato, who is a self proclaimed "huge fan of the site", was second in 16:40.79. Trinity Prep placed five in the top 12 and eight in the top twenty.