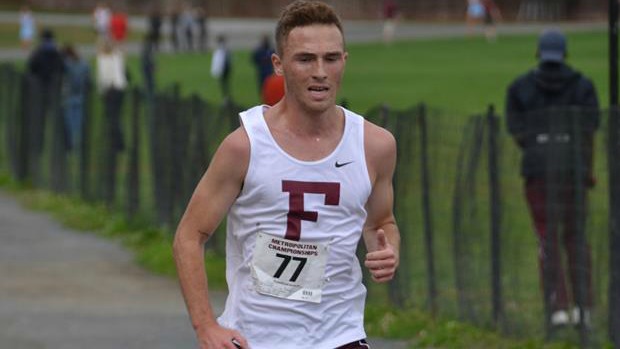 Former Celebration High School runner Quincy O'Connor is tapping into his full potential at Fordham University. The Rams junior recently was awarded one of six USTFCCCA National Athlete of the Week honors. O'Connor was the NCAA D1 pick after his performance at the NYC Metropolitan Invitational at historic Van Cortlandt Park, beating the field by nearly twenty seconds in 25:51. We talked to Quincy this week about the race, his 2014 season, and his early transition from high school to college.

How has this season been going for you so far?

The season has been going great so far. The summer went really well coming into the season, and we had an incredible recruiting class this year, so as soon as we got back to school everyone knew that it was going to be a really good year. The biggest thing has just been running as a team and keeping out top group of guys together and we have done a very good job of that so far. Winning this past weekend as a team was by far the best performance we have had since i've been at Fordham. We hadn't won the Mets championships for 50 years, so to win like we did was awesome and we are all very excited going into our conference meet in a few weeks.

What does it mean to you to be honored as the Division 1 National Athlete of the Week by the USTFCCCA?

As far as winning the award, it was pretty surprising to be honest. It is always cool to be recognized and especially nice to put Fordham's name out there. I don't think a lot of people know about us, but I think in the coming years our team is going to keep getting better and hopefully get onto the national scene. I think this season is just a start for that. Mostly i am just very pleased how the team is doing this year. I won the award this week but this was the first time I've been our number one guy this year. We are all competitive and all just trying to make each other as good as possible going into championship season. 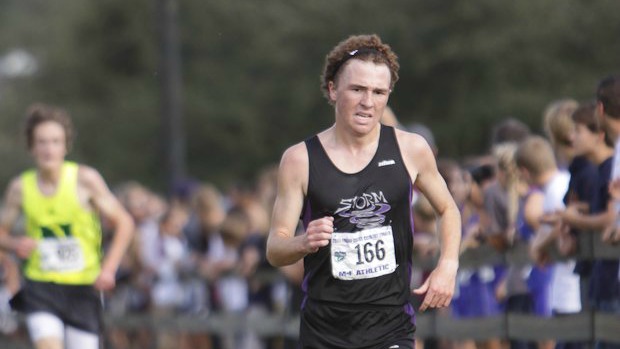 Fordham has never had a Division 1 Athlete of the Week winner for cross country. That has to be pretty special.

Yeah, I never realized that. It is pretty cool. Like I said this season has been the start of something big for us, so I guess it is fitting that this is the first time we've had this recognition.

Three years since an individual from fordham won Mets and 50 years since the team hoisted the trophy. That's a pretty long time.

You weren't heavily recruited out of high school, Now you're winning races at Van Cortland and earning National Athlete of the Week honors. What advice do you have to high school athletes about recruiting and adapting at the next level?

I think that it is different for everyone, but you just have to find a program that fits for you and really commit to it. The biggest difference from high school is that you have that choice. The past two years have been rocky, but i've just stayed patient and haven't let myself get down about not running great or being hurt, and I think this season that patience seems to be paying off so far.