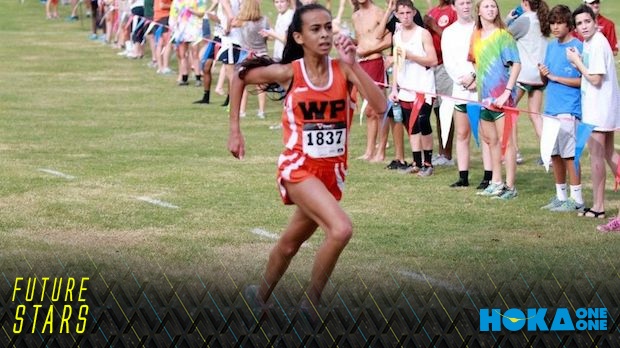 The Hoka One One Future Stars Series takes a look at the top underclassmen in each state as well as the nation. During the fall we spotlighted several of these athletes and announced our mid-season Future Stars teams. With the Cross Country Finals in the books and only a handful of postseason meets remaining, we narrowed our list down to seven for our final Future Stars teams. Consistency, season bests, and end of the year performances were all taken into account. See which girls made the cut and our proud to be Hoka One One Future Stars.