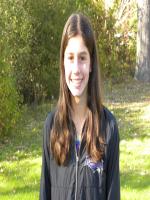 Fastest Fantasy US Girls DMR of All-Time...
We did the boys Fantasy DMR by state a few weeks ago and now we have the girls. This is an All-Time Fantasy DMR made up of athletes from a state. We came up with 12 teams that are pretty darn good. If...

Nation's Elite Among Early Track & Field Signees...
There is palpable excitement throughout the McIntosh Building, which houses the Florida State track & field program....

Scouting Report: Winter Park Girls...
The Winter Park girls have finished on the podium the past three seasons including 4A state championships in 2014 and 2015. Coach Kristin McWilliams squad is once again LOADED with talent including NX...

Nationally Ranked Gibbons & Winter Park Kick Off Season...
The 2015 Deland Invitational promises to be one of the best in the meet's history with over 20 teams including the Winter Park girls. We will have on-site coverage including photos, results, and a rec...