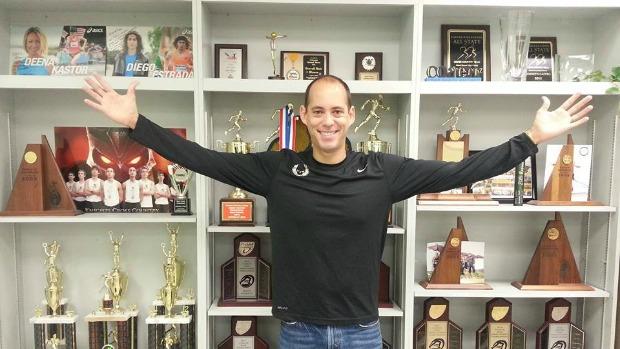 After nine years as the head coach at Miami Sunset, Alex Shaw is leaving to take over the program at Braddock High School. Shaw decided to leave after this graduating class. 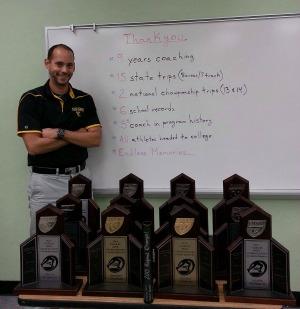 In his time with the Knights, he made 15 trips to the state meet (8 in XC, 7 in track), two national championship trips (NXN in 2013, Foot Locker Nationals in 2014 with Nick Diaz), guided his athletes to six school records, and ALL runners onto college. Some of his favorite memories include:

1) The FIRST time we qualified to state as a team. Two years before that the team was dead last at district and in a short span we managed to get to the big dance. 8 years later we have not missed a state finals.

2) Having Nick qualify to BOTH Footlocker & Nike Nationals. There is only a hand full of coaches that have taken the same athlete to both races. What an honor. 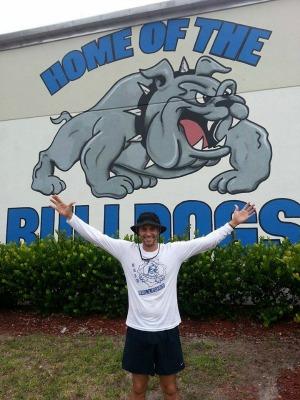 3) Our back-to-back top five finishes at state lead by Nick (winning the race), Ronny Greenup (placing inside the top 15, and Kenny Castro (who now runs in Iowa).

Although, he will miss his time at Sunset he says the staff at Braddock have pulled out the red carpet treatment so far. He also interviewed at his alma mater Florida International University, but Braddock was the best fit for him right now to teach and coach. Shaw says he didn't look for other opportunities and is "so happy" with the decision.