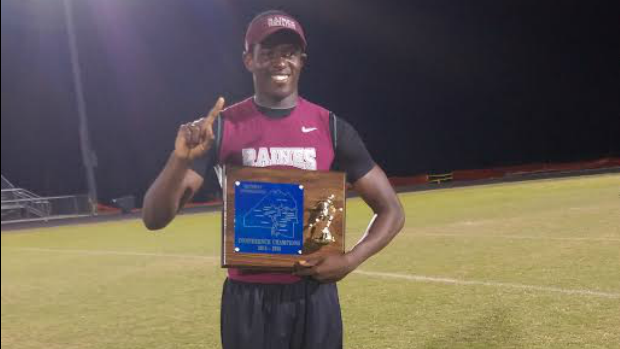 The most memorable race was when I first ran the 200m. I was scared that I might lose bad and that they would be faster then me, but i was wrong. I came out of the blocks nice and won my first 200m in my heat.

My biggest competition was my friend from Paxon High School. When we started the discus he would beat, me but my last year came after putting in hard and when the season started I beat him the first meet we had and felt relieved.

My greatest accomplishment was winning Gateway Conference for the first time.

If you could do it over again what would you change about your running career?

I wish I could have been injury free when the track season started. From football to track I was always hurt when the season came around.

The most difficult obstacle I had to overcome was to try and throw over 100ft in discus. When I hit 125 feet, I was happy with all the hard work I put in.

What will you miss most?

The thing I will miss the most is hanging out with my team during practice because in practice we had fun, but we also got the work done.

The advice I would give is to never quit and when you get that feeling you just need to push yourself harder.

The influence he put on us was that "you should not play all the time and need to be serious sometimes. When we get the job done and walk away with the W then we can have fun."

My college plan is to attend Methodist University in the fall and to play football and to run track.

I would say thank you to Coach Matthew for teaching me the discus and how to throw it. I would also say thanks to Coach Bellamy for believing in me and pushing me every meet to win and to have fun.

I am truly going to miss William M. Raines track team. If I had one more year I would take it and push myself for state.