Two dozen teams made their way to Veterans Park in Ft. Myers for the Ft. Myers Optimist Invite. Tyler Stowell was on-site and has a recap of all the action! 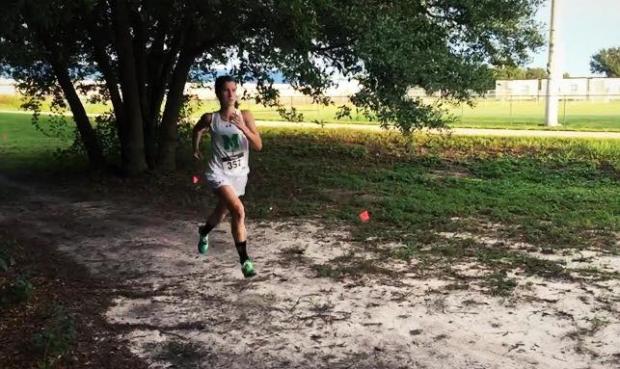 There was lightning strikes and thunder in the distance but luckily it stayed away long enough for the gun to go off on time. From the gun to the finish it was all Krissy Gear (pictured above) from Fort Myers. Last year was her first year running cross country as a sophomore and she had her coming out party at optimist mixing it up with names like Candiano and Molloy. After a strong track season where she captured her first state title under Coach Rob Strong she has tallied her second win of the cross country season so far. Moving up well throughout the race was North Fort Myers runner Kayla Easterly, she secured second place 29 seconds behind Gear. Estero runner Daley Cline finished 3rd and a duo of Lemon Bay runners followed in behind her for 4th and 5th. Fort Myers took the overall win placing 5 runners in the top 25, finishing second was Lemon Bay and third Estero HS. 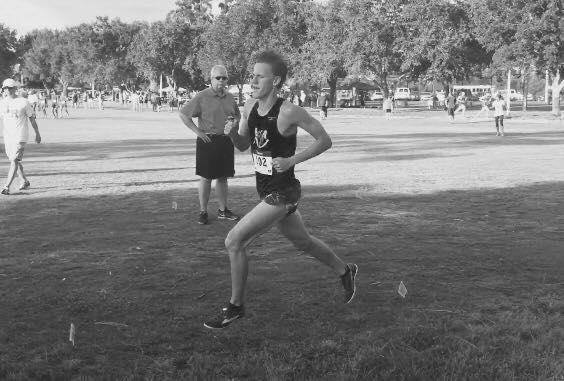 The gun sounded at 8:43am and Marshall Dillon (pictured above) I from Charlotte High School took charge and the lead. He would lead from start to finish and is looking to be in great shape as they head into the bigger races in the middle of the season. In the chase pack was Junior Josh Kennedy from Fort Myers HS, Arye Beck from Estero and Sam Hordinski from Fort Myers. After winning his first race on varsity at the Riverdale Invite Josh Kennedy had to settle for second place today. While there were some pre race favorites nobody had Junior Evan Babatz in mind, he came from roughly 28th place just after the mile to take 3rd place in just over 17 minutes on this tough course. Labelle took the overall win today with the Green Wave taking second and Immokalee third. 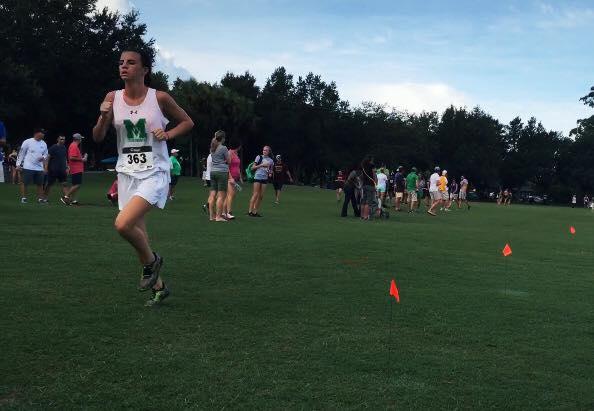 9:37 was race time and things were starting to heat up. Madison Wagner from Fort Myers took the race out with a purpose. As they came over the hill though Freshman Kailyn Kaminski (pictured above) had other plans. Kaminski took over and didn't look back. Running in only her second high school race she now has tallied two victories in the JV races. Following Kaminski was a wave of green. Fort Myers secured spots 1-5 sweeping the race and had 9 of the top 11 spots. Fort Myers, Lakewood Ranch and Charlotte HS were the top 3 teams in the JV race. 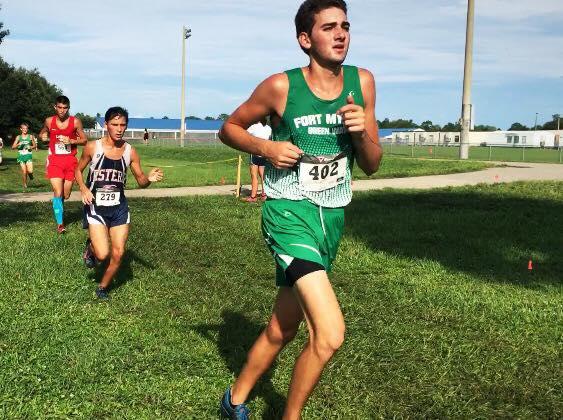 (William McCarthy shown in the photo finished 14th overall in the JV race.)

The 4th race of the day was strung out and had the top 3 runners not within 20 seconds of each other. Out front early and looking fit was Anthony Alverez from Lely HS, he was followed by Gabriel Desantiago from Labelle and then his own teammate from Lely Michael Poling. The team battle was close but Naples HS just edged out host team Fort Myers High School who was led by freshman Bryce Hagen finishing 9th overall in just over 20 minutes. Lely was a close 3rd overall for the JV race. 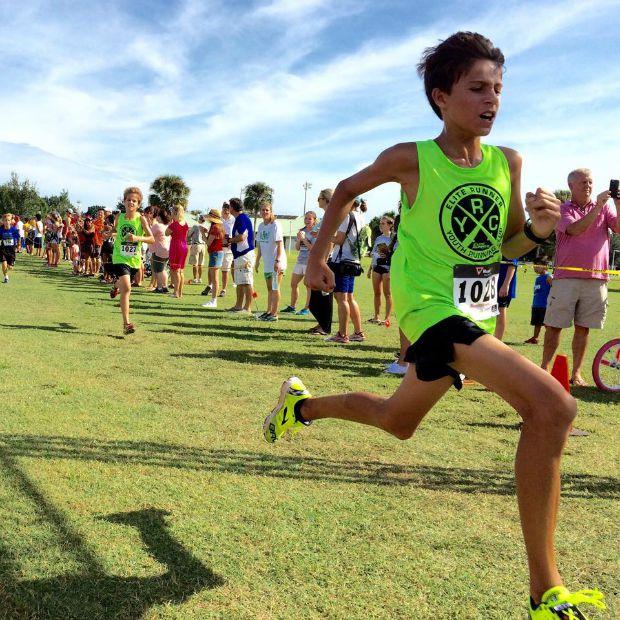 The gun went off at 10am sharp. The sun was now out and scorching on the runners. Most kids were out fast but after the hill there were only 3 out front. Teammates Kyle Skinner and Liam Hoslton set the pace with Immokalee Track Club runner Ellerman close on their trail. As they came around to the finish it was Skinner, Ellerman and Holston for 1st, 2nd and 3rd. The girls were in with the boys and held their own. Finishing in order were Sarah Laboda, Isabella Ramirez and Ellie Belcastro.

Shown in the photo is Andre Rocha and Colsen Palmer, they finished 8th and 9th overall.