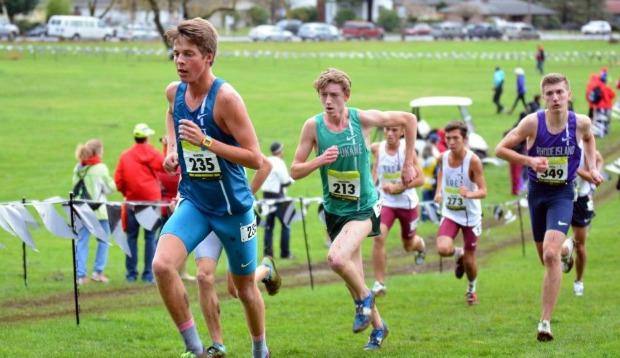 Last year at this time Franco Martins was a senior at Windermere Prep. Martins was coming off his second consecutive 1A cross country state championship and a 4th place showing at NXNSE. He says the road to Portland was a somewhat stressful, but exciting one, because competing hard during the state series with the ultimate goal making it to a national meet puts a very serious tone to your running.

"The key after qualifying I think is to take a breath, but at the same time remember that the next race is the one that is truly for all the marbles."

The memories for Martin are endless. From meeting Nike professionals and Olympias like Galen Rupp and Mo Farah to running on one of the most scenic tracks anywhere, the Michael Johnson Track, and the free stuff, their wasn't one thing he could pinpoint. Another aspect he remembers vividly is interacting with the best athletes from around the country.

"Meeting guys I had seen on MileSplit over the years and just meeting new friends was awesome. Also, bonding with the Southeast squad is fun and shoutout to Jeremy Brown for making it back this year as well as a big good luck to Rafaella who's also making this a 2-peat. Finally a huge congrats to the boys of Avery Creek (Trinity Prep) and can't wait to watch the race this Saturday!"

While Gibbons has the experience of running again at second year course, Glendoveer Golf Course, the boys of Avery Creek Running Club (Trinity Prep) do not. Although, it is unlike Portland Meadows which contained the notorious hay bales and with massive mud at times resembled an obstacle course, Martins, a freshman at Brown University, who finished 131st out of 199 runners says the new course is fun, but can be very tricky.

"Portland is known for it's rain and that is likely how it might be this weekend as well and I think if it the same way as it was last year. Rafaella has a great advantage knowing the course and the way the conditions effected the race can be a huge plus. I'd say a few tips would be to be careful with the puddles so you don't slip or slide, don't let the big race effect impact your mentality going into the race (easier said than done), and especially the Avery Creek guys (with their pack running mentality) I think can use each other to get to that extra gear when the going gets tough."