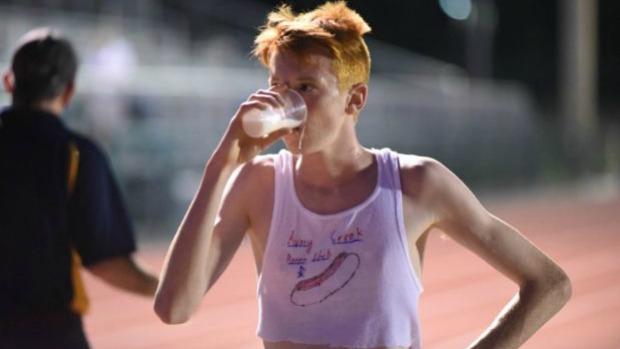 (The Avery Creek Distance Showcase caps off the racing action with a fun filled and sometimes messy milk mile. Photo by Tyler Copeland)

For some distance runners around the state the Avery Creek Distance Showcase at Trinity Prep gave them another chance to continue their season with additional competition and a little less pressure. Only eight runners competed in the mixed 800 meter run to start out the meet, an event many people didn't even realize was going on until after it was over! However, Timothy Doyle and Jordan Armstrong both clocked very impressive times running 1:53.64 ad 1:58.99 respectively. For Doyle, a sophomore at Freedom High School, it was a new personal best and the 2nd fastest time in the state of Florida. Impressive considering he won a very competitive 4A 1,600m state title one week prior.

Georgia Tech signee John Lyons and 2A 3,200m state champion Caleb Pottorff lead the first 800m, but then it was all Pottorff who cruised through the line in a FL#3 time of 4:16.07. The top ten boys ran 4:35 or better. Rebecca Clark of The Villages won the girls race in 5:10.39 ahead of Claire Farnsworth of Lecanto who finished two seconds behind in 5:12.96.

Jared Vasquez of Timber Creek won his first and only 3,200m of the season on Friday night with a time of 9:59.51. The story was on the girl's side with a battle between two state champions in Rafaella Gibbons of Winter Park and Hannah Brookover of Calvary Christian. Gibbons who was looking to better her FL#2 10:35.64 looked very controlled out front the whole time and cruising to a 10:48.68. Brookover, who won 1A titles in cross country, 1,600, and 3,200m and was runner-up in the 800 at the state meet, finished second in 11:02.44.

The boys 5k was another highlight of the night with a loaded field that included some of the top distance runners in the state. 2A Cross Country Finals champion Chas Cook and Trinity Prep teammate Trent Mandato were up in the front of the pack as Noah Perkins, the 1A 3,200m state champion took the group through the mile at 4:43. Cook then took control of the race as the hometown Saints went 1-2 in 15:11.09 and 15:15.66, 30 second personal bests from their times last year. Bradtmueller, the 4A Cross Country Finals champion out of Sarasota was third in 15:21.54 with Perkins in fourth at 15:26.09. Rob Leverone, Jesse Millson, Blake Lowery, Haftom Fliegelman, and Mason Jones were all under 16:05 for the evening which made for one competitive race! 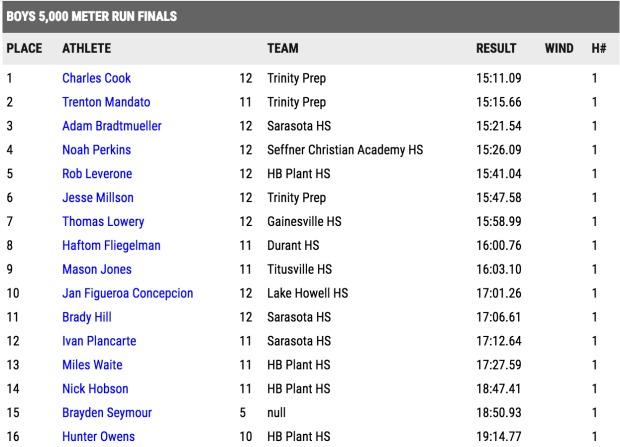 Not to be out out done the meet ended with the traditional milk mile where athletes run a lap, drink a glass a milk, and repeat the process. Rumors are that some athletes dumped the milk on themselves to gain an advantage in the race, but none the less, we'll let the photos tell the story of this race, and hear from champion Trent Mandato who just missed out on the meet record! 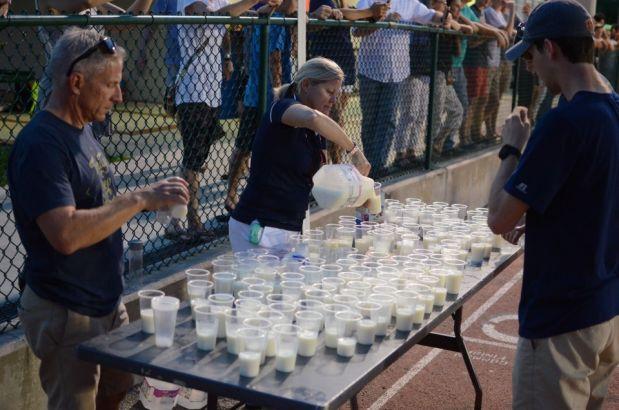 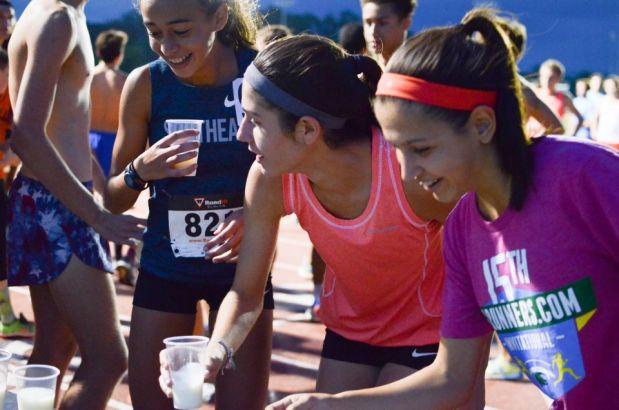 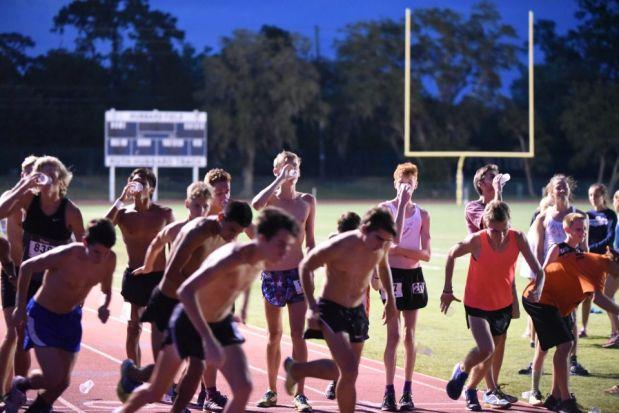 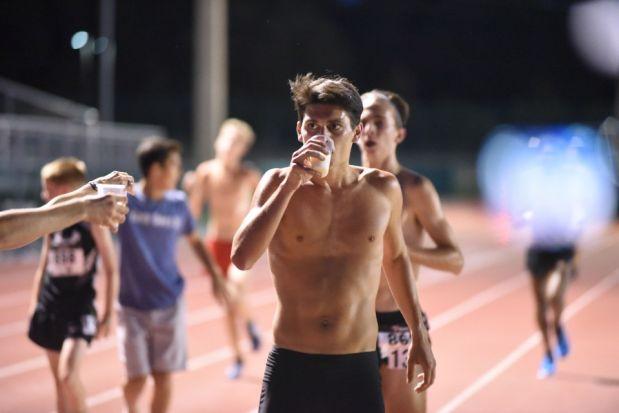 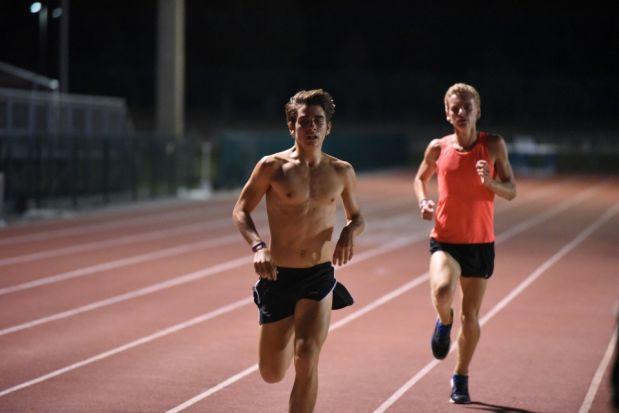