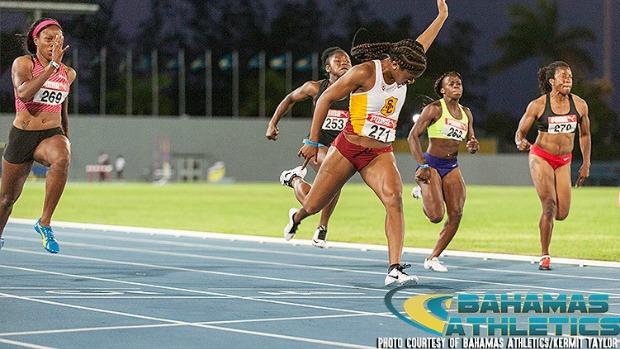 2011 Osceola High School graduate Tynia Gaither is on her way to the 2016 Olympic Games in Rio De Janeiro, Brazil after winning both the 100 and 200m dash at the Bahamas Athletic Associations' (BAA) Senior National Track & Field Championships in 11.33 and 23.00 respectively.

The six-time state champion sprinter signed with the University of Georgia out of high school, but transferred to the Southern Cal to be a part of Caryl Smith Gilbert's Trojan program. She says the decision to switch schools was one of the best she's ever made.

"It allowed me to prosper mentally, physically educationally, and athletically. Being a part of Coach Caryl's program gave me the opportunity to grow and maximize my potential. The progress that I made over the course of my 2016 season was nothing, but a blessing."

Born in Freeport Bahamas, Gaither relishes in the opportunity to compete at an international level for the island nation in meets such as the Carifta Trials, Carifta Games, and World Youth Championships. She says being able to do that since she was in high school and gaining that competitive mindset is something that has and will allow her to continue to excel.

"The Bahamas Nationals (Olympic Trials) were a very great experience for me. It has been a while since I've been able to compete in front of the Bahamian crowd while being in great shape. So coming off of the great collegiate season that I had where I was 4th in the 100 and 5th in the 200, competing at senior nationals and winning the double was an astonishing feeling."

Gaither adds that nothing is sweeter than winning in front of your home crowd.

"The Bahamian people have always been very supportive and loving when it comes to track and field. So knowing that and feeling there excitement from up in the stands help me to be able to win both races. Although the times were not great, I am very satisfied with the wins. My ability to win the double is also something that will have a major impact on my performance in Rio. Bahamian 100m and 200m national champion are great titles to hold going into the Olympic Games." 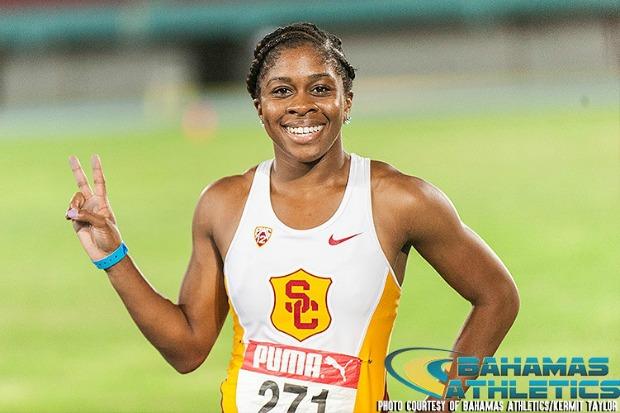 Rio will mark the first of hopefully many Olympic Games for Gaither. Growing up as a child, she's always been a very positive person, and never counted out the idea of competing on the largest stage in the sport of track and field.

"I always thought I'd compete in the Olympic Games one day simply because of the amount of love that I have for the sport and my faith in God's plan for me. To me, track and field is not just something that I'm good at. This is my craft. It is something that keeps me going, keeps me positive, and keeps me hard at work."

Hard work is a road the former Kowboy star knows all about. With Florida producing the next wave of talent every year and phenoms such as United States Olympic hopefuls Kaylin Whitney and Trayvon Bromell, she offers up this piece of advice to young athletes around the state.

"If I could give one piece of advice to up-and-coming athletes, it would be to always believe in yourself. However, without hard work, the belief that you will be great is irrelevant. Nothing will be handed to you in any sport. If you want it, you have to go and get it."