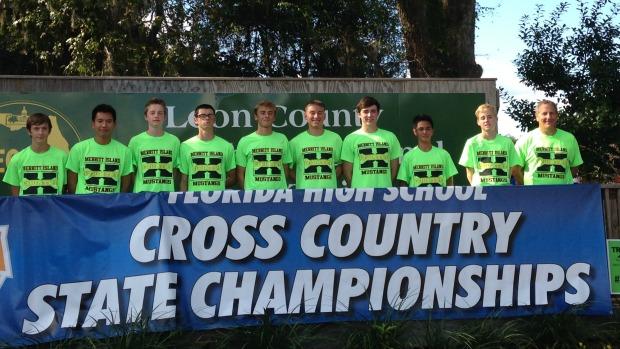 The Merritt Island boys finished 10th at the 2015 Cross Country Finals with the help of individual champion and FSU signee Steven Cross. In addition to Cross, the Mustangs also graduated number two runner Nathan Paladino. The team is ranked 9th in 3A and third in 3A Region 4 which will pit them against powerhouse Belen Jesuit and neighboring Viera. We caught up with Coach Bill Buonanni to talk about this year's squad which he thinks will be the surprise of the season, and is coming off of a preseason victory at the West Orange Warrior Jamboree Run.

(The team placed all seven runners within the top 20 spots to win the West Orange Warrior Jamboree Run with a score of 37 points, and an 1:05 1-5 split.)

Last year was our best season since the early 1980's. Not only did Steven Cross win his first individual state championship, our boys team shocked quite a few people and finished 10th in 3A. We won our first district championship and were runner-up Regional champions.  It was a great season and all the hard work our guys did really paid off. The takeaway from last year is the legacy of a program that Steven Cross helped us to establish.  We have 24 runners on our team this fall - the most we've had.

In spite of graduating our top 2 runners and losing returning senior Colten Toms (due to season ending shoulder surgery), we still look to be competitive. We had a lot of depth from runners 6-10 last year plus we have a couple of new runners that look to contribute immediately.

This team is not afraid of working hard and really works well together . They push each other but also have fun times with each other. This is the first team I've had where the split between 1 to 5 will likely be under 30 seconds. I remember a few years ago watching the Fort Walton Boys team run in a pack at the state championship course. The first two miles they worked together and then after that they went all out.  I'm hoping to emulate that approach this year and I think we got the guys who can do it.  I really think we will continue to surprise some teams out there with our competitiveness.

We hold a mini-camp just for our team in June at Clermont. We do a lot of team bonding plus get to run on the famous Clay Loop. Using the National Training Center for cross training classes in swim running and yoga made for a fun weekend. Otherwise we run on trails and beaches all over Brevard County. Our last beach run was this morning and we did mile repeats at low tide. We only run on roads when we have to in the summer.  Our returning guys went between 500 and 600 miles this summer. A few of our guys also went to the FSU Seminole trails camp - they got to see Steven Cross training with his new FSU team mates.

Any new additions who may contribute or any surprise non-returners?

We have a pretty solid group of freshman coming in.  I'm excited about Jake Sorenson. He looks to be a pretty good runner.  Also, we've added a new senior in Matt Lake. Both these guys have the potential to be in our top 5. 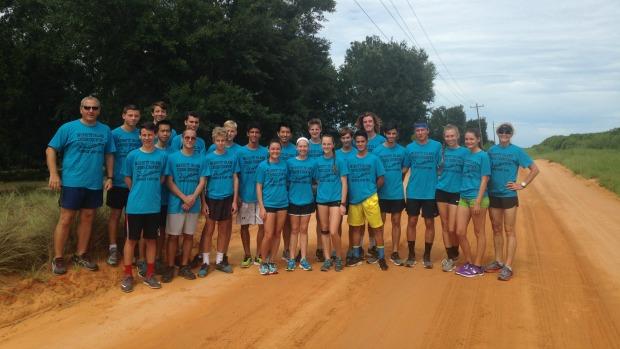 We have a tough district and region, so we look forward to our competition with Viera High School & West Shore again this fall.  Pre-season they are ranked ahead of us so we have our work cut out. Our team goal is to repeat as District champion and challenge for a region championship against Belen Jesuit.  If we compete, we can be top 5 in 3A and possibly even be a surprise underdog and get on the podium.

I'd like to thank our parents and our school administration. They provide any support that we ask for and make the coaching job much easier. Our t-shirt this year will have "Born to Run, Trained to be Champions" on the back of it. We hope it reflects our upcoming season!