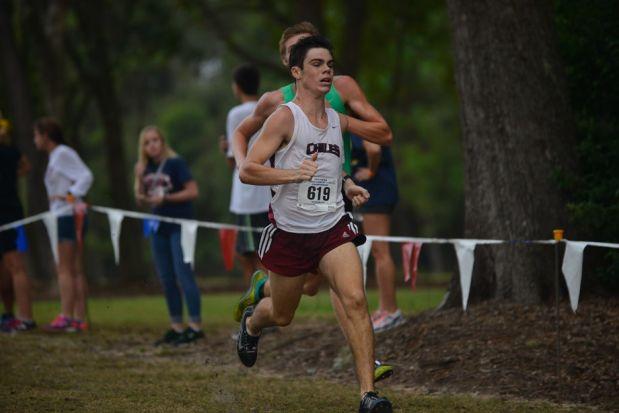 Chiles junior Michael Phillips has only been in the Sunshine State for two years, but he is already making his mark. Phillips, the son of FSU coach Kelly Phillips and new Chiles head coach Mike Phillips was the 3A state runner-up in the 1600m and helped score valuable points in the Timberwolves team title. Phillips was 7th at the Cross Country Finals as an individual and the top finisher on the runner-up team. We talked to him about his start in the sport, summer training, goals for 2016, and more! (Photo by Jeremy Danzie)

I've been running for as long as I can remember, whether that was chasing my mom's athletes at age 2, or when I ran at a youth track club at age 7. Though, I started seriously running in 7th grade.

My first real race was on a golf course in Ohio, where I realized that running was the sport that I loved.  It was the race that I'll always remember, because of how proud my dad was when I finished.

How is your summer training going?

Summer training is going well.  We had our first 2 mile race at Appalachian State and even after a very hard week of training, our times were still good.

What is your favorite workout?

My favorite workout is probably mile repeats. Mainly because the mile is my favorite event, but also because I feel it like it works out so many things, such as speed and endurance.

I haven't seen the schedule, so currently I'm unaware as to what meets we'll be running. Though, I know for sure that we'll be at Pre-State.

Do you have a favorite course and what do you think is the toughest course in the state?

Though I have only been in florida for a year, I found the FSU course to be my favorite. Not only because it's fast, but it also requires a lot of strategy, due to the large hill, 400 meters from the finish. I think the FSU course is also the toughest, just because you run up the same hill twice, which is not an easy hill whatsoever.

Out of all your running accomplishments so far, which stands out the most?

I think getting second at state in the 1600 would be my biggest accomplishment. Mainly because I added to the teams points to get the state championship, but also because I ran pretty fast after a 4 x 8.

My biggest goal as a team, is to come back from last year and win a state championship. Though, individually, my biggest goal is to run under 15:50, and maybe in the low 15:40's.

Chiles has such a strong tradition on both the girls and boys side. Why is that?

We're so strong, because when it comes to race day, we all take it serious. We all motivate each other, and none of us goof around. So, this year were all very focused on getting that state title, which would mean so much if we got it.

My favorite part of running, is competing. I'm not a big fan of just running to run. I love to race, and running people down. I love just pushing myself to limits I didn't think I could reach. 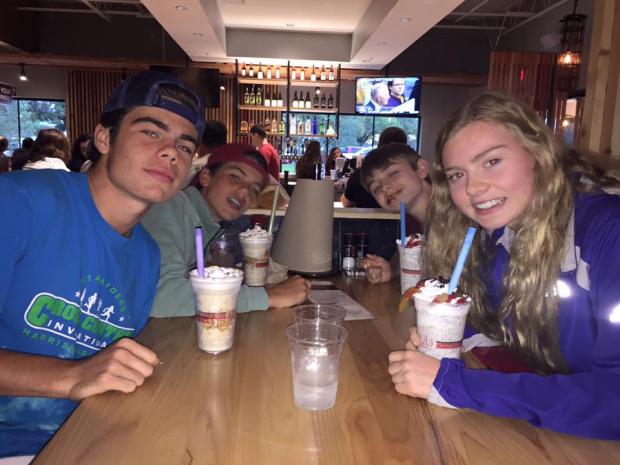 My favorite quote is "I'm going to work so that it's a pure guts race at the end, and if it is, I am the only one who can win it" - Steve PreFontaine

I wouldn't say I have rituals, but I just drink a lot of water the night before a race.

My favorite food is ice cream. It's not healthy obviously, but I couldn't imagine a world without it.

I saw Bad Moms recently and thought it was very funny.

I race and train in Nike.

I'd love to meet Matthew Centrowitz if I could meet a professional athlete.

What is something most people don't know about you?

Most people don't know that I have a sweet tooth. I love chocolate and have to strongly restrain myself from desserts of any sort.

Lastly, if you were stranded on an island with three things what would they be?

I'd want ice cream, fruit punch, and a paddle board.