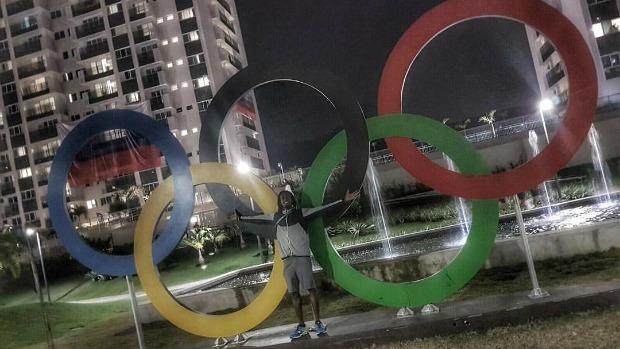 Palm Beach Lakes class of 2010 alumni Eddie Lovett was a part of two high school 110m hurdles championship, and while at Florida racked up an indoor title in 2013, two runner-up finishes outdoor in 2013 and 2014, and was a member of four national championship teams (2 indoor, 2 outdoor). We caught up with Lovett in Rio De Janeiro, Brazil where he will be competing in the 110m hurdles for the U.S. Virgin Islands.

How would you describe your 2016 season?

This year has been a year of translation. I moved to train with my Coach Erin Tucker at Penn State . Training in the cold was definitely a challenge, but luckily PSU has a great indoor facility  This is my first full year with the 7 step approach. I was able to make the World Indoor final and got 7th. Since then I've just been working on getting back to my 7.50, 13.3, and under form . The main focus is to be as consistent as a I can. With changes in my body, running mechanics and hurdle mechanics , being consistent is a challenge .

When did you find out you made the team?

I made the standard last year with my time of 13.31, but the team wasn't made official until recent. Up until then my goal has been to stay around and under that's Olympic standard.

To represent the USVI after the road you've been on, what does that mean to you?

It means everything .VI is my blood. It means a lot to were I grew up in Florida as well. Young kids knowing that someone from their area is competing on the world stage. I just hope to motivate. I only started track to get faster and football so none of this was anything I predicated. I knew I had talent. I knew if I pushed myself I could reach new levels.

There are a lot of Florida Gator alums competing in Rio. What dose that say about the UF program?

At UF, there is a sense of pride to go out and train hard, and o be your best day in day out. Florida is a great program they recruit well and help these athlete bring out their best talent.

Is there anything specific you worked as far as your race leading up to the first round of the 110m hurdles?

Right now it's just fine tuning . Nothing out of the ordinary.

What motivates you on the track?

What are your goals for your first Olympic Games?

For my first Olympic Games, I want to reach new heights and place myself in conversation as far as the 110's go. The experience it everything. I want to step into my full potential, make it thru the rounds and make the final I know I have the potential to do so.