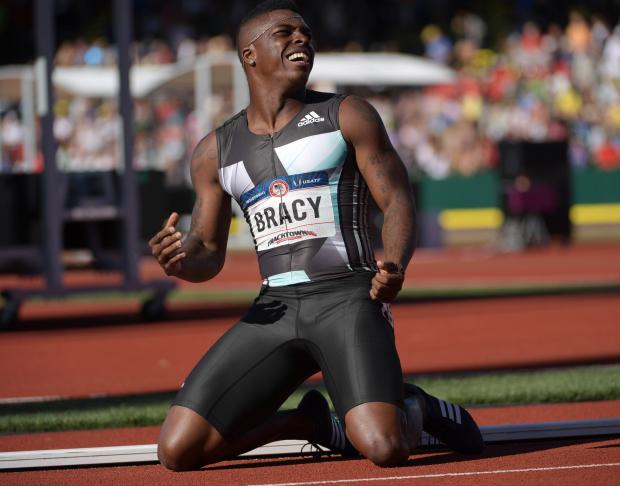 Marvin Bracy's first love was football. A sprinter at Boone High School and star wide receiver, his speed was his ticket to success on the gridiron. Ricky Argro, now the sprints coach at FSU, met Bracy as an 8th grader and saw the potential in him for to be an elite athlete early on.

"You could see then his talent level was phenomenal he just needed some fine tuning, but more then that Marvin needed a positive role model. We lost touch after that then i saw him again in 10th grade and he asked for my help. I told him he had to do things my way or we couldn't do it and if he broke away from that we would stop training together. The story began from there."

Bracy and Argro trained together over the next two years, and built a relationship that went from that of a coach and athlete to father and son.  The telling moment came on hot Orlando afternoon during the season. When the duo first started together, Argro admits he would be hard on the youngster, saying if he wasn't dressed properly, wasn't mentally ready, etc. he'd blow up in anger.

"In Marvin's mind there was nothing he could do to please me. Marvin use to ride a bike to practice and it was a pretty far bike ride from where he lived, but he knew my rules, if you were late you were going to get punished. I was going to go berserk, and it would be a very bad day the rest of the day."
One day Bracy showed up to practice really late. He was dirty, his clothes were ripped as if he'd been in a fight. Argro lost it. He cursed him out for 30 minutes straight and told him he was going to run until he was tired of watching him race. The sophomore started warming when Argro says he noticed him start to tear up.

"I felt a little bad at that point so i asked what was wrong. He told me his bike he was riding to practice had one pedal. He was trying to get to practice on time and it was hard to pedal fast because he only had one pedal on his bike and he was coming to an intersection when all of a sudden the one pedal the bike did have broke. The bike also didn't have brakes so he would use his feet to stop they bike. He tried to stop himself but was going to fast. He fell off the bike into traffic and was almost hit by a car which is why his clothes were all ripped up."
Coach Argro admits he felt like crap, but at it was at that exact moment he learned something valuable about Bracy.
"For this kid to ride that bike to practice everyday with one pedal just to workout and get better, showed me his desire for wanting to be the best. From that point it was no longer a coach athlete relationship, this kid became family to me, and I'd do anything in this world to help him become successful, because he showed me he'd do anything in this world to have it."

During his time at Boone High School, Bracy tallied six 4A state championships, three in the 100m dash, and three in the 200m dash. As a junior, in 2011 he won the Adidas Dream 100, set the then high school national record of 10.05 (since broken by fellow Olympian Trayvon Bromell) where he won the USA Junior title, and followed that up with a Pan Am Juniors Championship.

After high school he signed with FSU he tried his hand at football and track, before signing a professional contract with Adidas. Argro says Bracy always loved football and still does, but what he loved most about track was the fact that it was an individual sport.

"In football you can train as hard as you can to be the best for 9 months, give it your all during season, and if the 10 other athletes on the field aren't as bought into the process as you you will suffer because people on the outside will say your team is bad so you are bad. Track was different, what he put into it was what he got out of it. So he worked as hard as anyone I've ever coached because he had a desire to be the best and he knew if he outworked everyone it would show in his race." 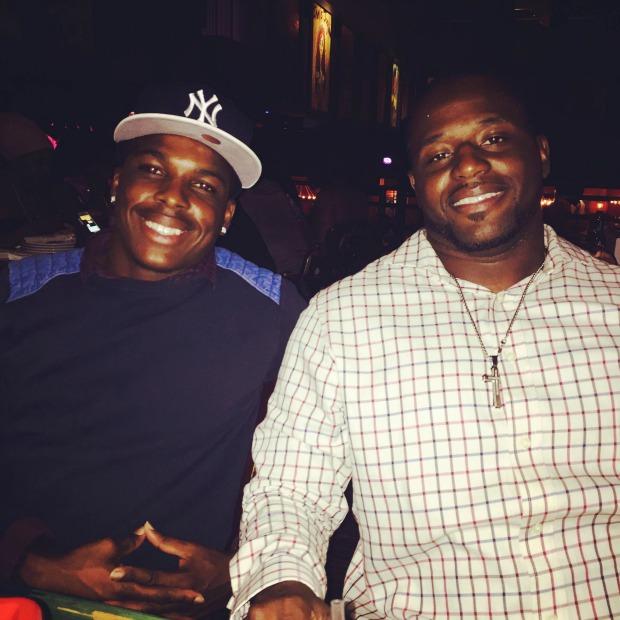 Now Bracy, from the inner-city,  the outskirts of Downtown Orlando, is competing in the largest stage in track and field, the 2016 Olympic Games. He's had success on the pro circuit, winning races in both the United States, and Europe, including World Indoors, but Argro says the type of person Bracy is off the track is what makes him a true champion.

"Yes, Marvin is performing on the biggest stage in athletics, but that doesn't happen for everyone. So being successful is bigger then sports, and i want young people to understand do not let sports define you. Use the lessons you learn in sports and apply it to life so that you can make a better life for you and your family, and set an example for others behind you to follow. I admire and respect Marvin Bracy the athlete, but i love the young man Marvin Bracy has become. That is what defines success to me. The life you live." 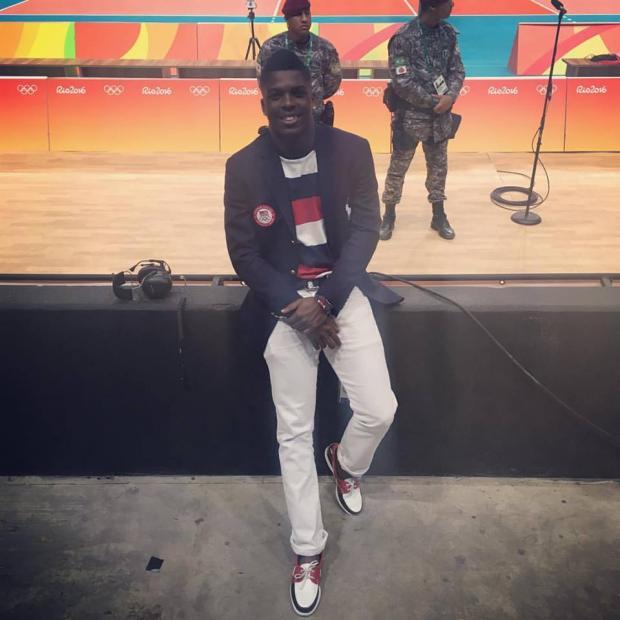 We caught up with the former Boone sprinter and Olympic Trials third-place finisher on the eve of the 100m dash opening rounds. Bracy talks about his preparation leading up to Rio, the relay team, his goals, and much more!

What was your preparation leading up to the Olympic Games in Rio?

My prep leading up to Rio has been no different than any other year. We do the same type of practices but just trying to stay as healthy as possible.

I know you went to relay camp in Houston and will be a member of the 4x100m relay team. What was the bond with guys like Bromell, Gatlin, Tyson, and the rest of the group?

The bond at relay camp was simple a brotherhood. A group of guys that are all on the same page and are geared up headed towards the same mission.

Has there been any talk of an order?

There has been no set order or anything yet. At least nothing is in stone.

The Jamaicans have been dominant in this event. What will that match up be like and what will it take to bring home a medal, specifically gold?

To take the gold medal we will have to run the cleanest race we've ever run. We all just have to be on the same page when that time comes. It will be a dog fight for sure.

What are your goals for the 100m dash? I know you've said before it's a blessing just to get to the Olympics.

My ultimate goal for the 100m dash is to come away with the gold medal. I'm really just focusing on executing my race and letting the rest take care of itself.

Going off of that how would you say the 2016 season has been for you? You won World Indoor, then battled some injuries and coach didn't think you'd even be here in 2016 he told me. Then you won the Adidas Boost Boston Games and beat Yohan blake, finished top three at the Olympic Trials, and now on your first Olympic team.

This has been a very interesting season for me. I believe the turning point was the Monteverde track meet in which I caught a flyer, but ran my second fastest time ever.

You've been in Rio for close to a week now. I know you experienced the Opening Ceremony and were blasting on social. What was that like for you and what other moments of the games are you looking forward to besides running on the track?

The opening ceremony was amazing. I've never experienced anything like it before! I'm looking forward to watching other events such as volleyball, basketball, and  swimming.  I can't wait to watch the gold medal basketball game.

Are there any athletes from other sports you really want to meet?

I was looking forward to meeting Kevin Durant but I can now cross that off my bucket list. Also, Serena and Michael Phelps.

What advice would you give to younger athletes who might be following your journey?

To any young athlete following my journey I would just advise them to just never give up. I reached an all time low this season and it turned out working in my favor.

Lastly, what is something people might not know about Marvin Bracy?

Well, people don't know that I'm probably the biggest kid at heart. I watch more cartoons than anybody. I play around all day. I love to laugh and have fun.