The Great American Cross Country Festival in Cary North Carolina is a prestigious race that teams all over the country travel to partake in the fast times and the great competition. This year was no exception, as some blazing times were posted in some close races. The state of Florida was well represented by Bishop Kenny, Creekside, Ft. Myers, Holy Trinity, and Satellite. The boys Race of Champions featured four guys under 15 minutes, included the battle for first place being settled by a .2 second difference at 14:32. The girls ROC was fast as well, with 7 girls under 18 minutes and a 17:11 winner. 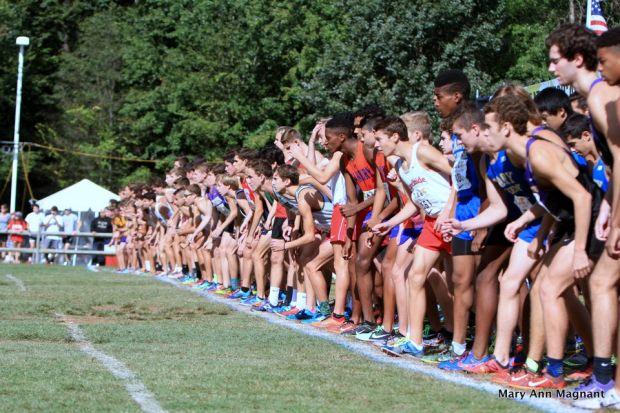 The Clark family is no stranger to putting up fast times in the state of North Carolina. Jimmy Clark dropped a 14:55 en route to a win at Footlocker South back in 2010. His brother Matthew continued the family tradition when he blazed a FL #1 time of 15:14 at Great American on Saturday at WakeMed park. His Creekside teammate Nocholas Deal also ran well under the 16 minute barrier with a 15:36.

When asked about the plan for the race Matthew had this to say:

"Game plan going into the race was simple: stay patient and relax. We all knew the first mile was going to be fast and everyone was going to go out sprinting. Coach just told us not to panic and battle the uphills. I think we all executed that plan and gave it our all." 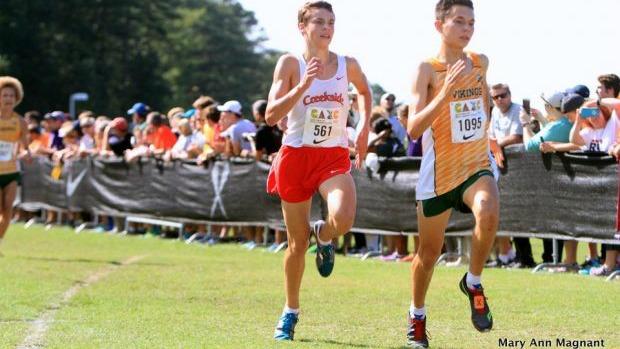 He was as surprised as anyone with his stellar time.
"The last 600 of the race is all uphill and you can see the big finish sign at the top of the hill. I thought I was going to be around 1530s and when I came around the corner at 1503 about I was is shock really."
We also asked about the decision to run at at Great American, and whether or not it would lead him back there for NXN.

"We ran there sophomore year and we all ran successful times. Coach wanted to have a fun travel trip for us where we could have a unique experience of racing teams from others states. As of right now I plan to run at footlocker but we will she what happens as the season goes on."

The top Florida team in the boys race of champions was Satellite, who's senior filled squad finished 9th, with their top three all under 16:10.

Kristlin Gear from Ft. Myers was the top Florida girl, dropping a 18:28. Her strong performance led the Ft. Myers girls to a 10th place finish in the girls ROC.

We asked Kristlin about her plan for the race and how it played out.

"Well, I wanted to place top 10 so that was the goal going into the race. I was feeling good going into race. I the week before, none of my runs or workouts went well but I had a good tempo and workout the week of the race, so that boosted my confidence and helped me feel more prepared. I went though the first mile pretty quick at about 5:30, but then my second and third miles were about tempo pace."

"I was a little disappointed in myself because I was hoping to run faster and place better. Then again, it was my first hard effort of the season and I could have done worse, so I'm not really complaining. I just need to get back into the racing mindsets you know? And not just jog/ settle in races. I'm hoping to use this as motivation to perform better at FSU/ pre states this upcoming weekend." 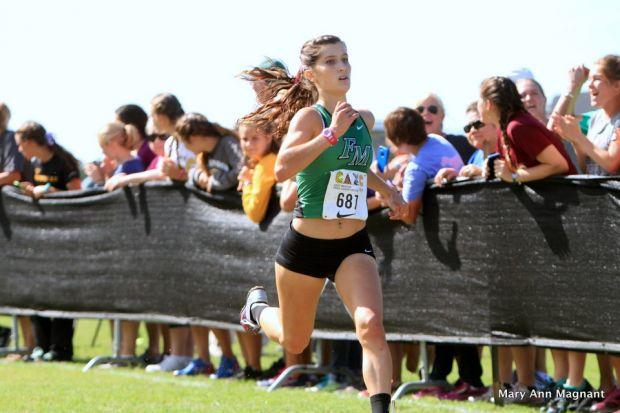 She also talked about her decision to lay low at the beginning of the season, along with plans and goals for the rest of it.

"I love cross country meets, but I'm not too fond of competing a lot/ more than I have to. At a certain point, and I'm sure many athletes can attest to this, it starts mentally wearing on you. The goal is to pick up the intensity of my training a little bit this year and race not as much but more competitively. I will be running the minimum of 5 meets before districts. The team has LCAC this Tuesday, then we'll be traveling up to FSU to run pre states on Saturday. After that I think I'm pacing one of the JV girls at Lely for my 5th race and then Districts it is? I'm hoping to improve on my placing at last year's state meet at go for the state title this year and hopefully break 18 by the end of he season. Our school record is 17:43 so it's my goal to set a new one this year. I wanna go out with a bang."

Holy Trinity's Samantha Folio was not too far behind, finishing in a solid 18:36. 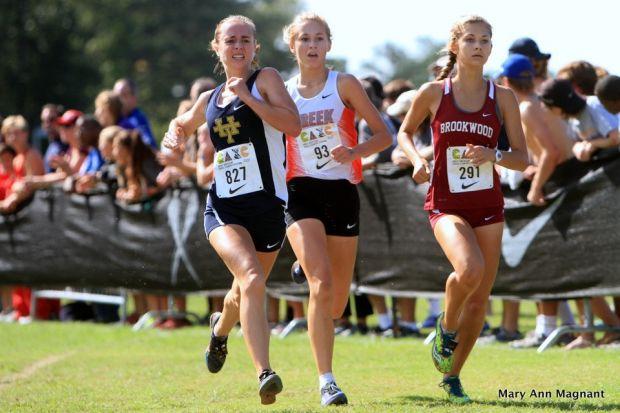 Bishop Kenny turned in some strong performances in the red races. On they boys side they had the 2nd place individual and team, led by Nathan Jubran's 15:53. Grace Gerry won the girl's race by 12 seconds, running 19:26.

We caught up with Coach Curran to ask him about his decision to travel to NC for the race.

"We like to go out of state for a few reasons. The first is to give the top 10-15 kids a big meet to fight for. Great American only allows 7 in their varsity race so the "elite" standing for this meet creates good intra-squad competition.
The second is to get away from the typical FL teams we normally race against. The unknown competition aspect allows the team to focus on their own race strategy, and breaks up the normal routine of racing the same teams throughout the entire season (especially with big FL meets like PreState, Districts, Regions and States on the horizon).' 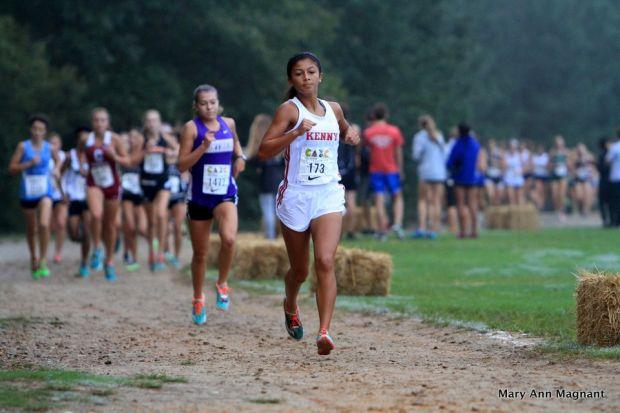 'The last reason is that the Great American course is a good warm-up for the ARP. The GA course is set-up very similar to ARP with a fast downhill start, rolling hills, and hard packed trails, but it is taken to the extreme. The climbs are steeper and the finish is a 500m to 600m uphill battle. The kids get to run great conditions and fast times, but it also makes it easier to run faster next week at Pre State."
He was also very excited about Nathan and Grace's performance, along with that of his team as a whole.
Nathan and Grace ran perfectly. The main plan was to go out and race the main lead pack, and if they were feeling good after a controlled first mile then they should attack the hills and make the rest of them work to beat them. Both did a great job with that execution. Nathan was able to grab his first PR of the season with his second place finish, and Grace had the lead by the 1.5 mile mark and never looked back, running a season best and getting close to her all-time best. The rest of the team had equally great races. Every athlete had a season best, and many of them ran PR's as well. Our goal was to be better than our ranking in the virtual meet. The boys got 2nd (ranked 5th) and the girls got 12th (6 point from top ten, ranked 17th). 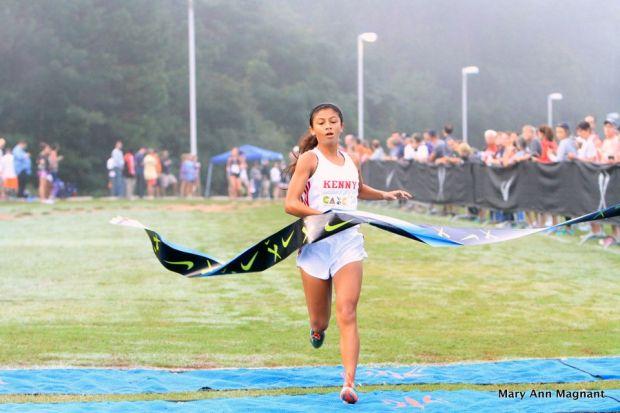